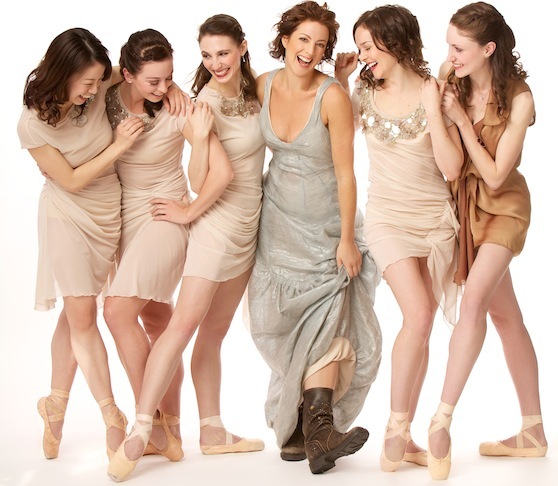 I admit I've never been a big fan of ballet. I really didn't understand how dance could tell a story so, although I admired the dancers' talent and flexibility, I just wasn't touched on an emotional level.

But a couple of weeks ago, I saw the Alberta Ballet Company's "Fumbling Towards Ecstasy" at the gorgeous California Center for the Arts, Escondido -- and I got it.

If the title sounds familiar, it's because the production is based on Sarah McLachlan's iconic album. The songs provide a narrative for a truly moving story about the cycle of a woman's life and loves.

Maybe it's because the autobiographical lyrics resonate so strongly and McLachlan's incomparable voice cuts to the soul but I was caught up in the choreography and the beautiful, universal tale it told.

And maybe that's why Artistic Director Jean Grand-Maître has turned to pop music to introduce a new audience to dance.

LAM: What made you choose Sarah McLachlan's music around which to build a ballet?

JG-M: I've listened to Sarah's music from the very beginning of her career. Even though I was surrounded by French culture in Quebec, I discovered her early recordings and always stood by her side throughout her career. When we collaborated on the opening ceremonies of the 2010 Vancouver Olympics, she fell in love with the dance and watching us create choreography to her song. At that moment, I asked her if we could create a ballet to her music and she immediately answered she would be honored.

LAM: How much input did Sarah have on this production?

JG-M: Enormous! During our preliminary meeting we spoke for five hours about her music and what she wanted her art to achieve. From those conversations, we wrote the narrative for the ballet. It was a very close and intimate collaboration from the beginning. 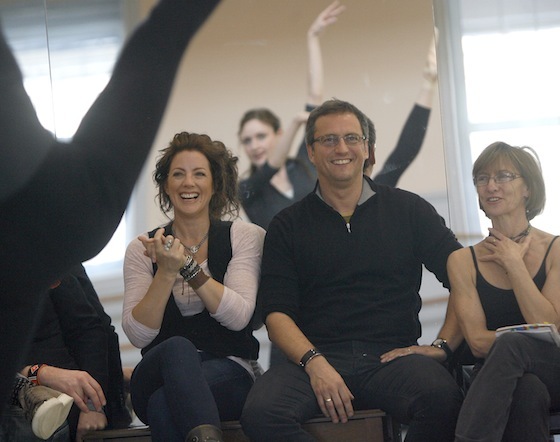 LAM: What were some of the specific elements she brought to the production?

JG-M: She made her artwork available to us, and it's projected throughout the ballet. Once we had a narrative, she helped us understand her poetry and metaphorical approach to her writing. Many of those ideas inspired the scenery, video and costume designs. For example, her love of the oceans and exotic, foreign cultures sparked most of our aesthetic approach.

LAM: Which song was the most challenging to translate into dance?

JG-M: "Hold On." It's one of her most poignant compositions, and because it's the most dramatic moment in the ballet -- the premature death of a lover -- and because she has all these slow, sustained chords, it was a very difficult challenge to keep the choreography "floating" in emotional pain the way Sarah's voice does in the song.

LAM: I can understand why you would end the show with "Angel," which is one of Sarah's most beloved songs and which gives closure to the circle of life, but I was surprised it came after the curtain call and after such a positive, optimistic "Ice Cream." Why did you decide to do it that way?

JG-M: The song was actually inspired by a friend of hers who died of an angel dust overdose. That didn't quite fit into our narrative but it is one of her finest compositions so I decided it would make a perfect encore. Sarah often ends her concerts with this song so I knew it would be appropriate.

LAM: I've attended Lilith Fair and heard Sarah speak on a number of occasions. She's a great supporter of women, and her music is so empowering. What were the dancers' reaction to the piece?

JG-M: I believe the dancers reacted very emotionally to her music for many reasons. First, because it relates to their generation. Second, because Sarah sings so beautifully of the female ethos in our modern times that women relate viscerally in a very powerful way. 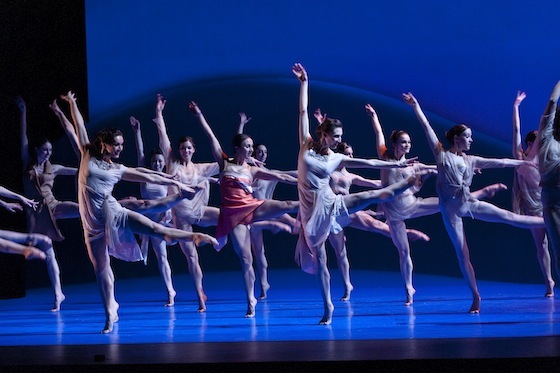 LAM: What do you hope audiences will take away from the production?

JG-M: In our wildest aspirations, we would connect the audience to Sarah's music in a more profound, intimate and truthful way.

LAM: You've created ballets around the music of Joni Mitchell and Elton John, as well. How did you choose them and what made you start using "pop" music to begin with?

JG-M: It all started with Joni Mitchell. We were celebrating our 40th anniversary and were looking for an original concept. We knew Joni was born in Alberta and that she was also a painter, so we thought she might be interested in collaborating on the creation of a ballet inspired by the poetry of her songs. She agreed and our creation became the most written-about ballet in our company's history. It went right around the world.

LAM: What was the ballet world's reaction to that? Was it shocking to traditionalists?

JG-M: Some purists disagree with the approach, others embrace it. It has certainly brought in new audiences, and that's the single most important challenge the arts are facing today. Working with the music of Joni, Elton, Sarah, K.D. Lang -- it's all about helping us introduce new audiences to dance and ensure our survival.

LAM: What's next for you? Is there a singer/songwriter you're dying to work with?

JG-M: I'm looking at many different ones for the future. My interest has been directed toward Arcade Fire, David Bowie, Peter Gabriel and John Lennon, just to name a few.

To see when the Alberta Ballet Company will be performing "Fumbling Towards Ecstasy" near you, check their website for tour dates and more information.