DILI - Timor-Leste's current stability could be undermined by a sharp decline in oil revenues and leadership challenges if the country's first president and current prime minister Xanana Gusmão steps down later this year as announced.

After independence in 2002, the country experienced riots and conflict in 2006 due to dissent within the army, which displaced 150,000 people and resulted in international military intervention, but since then there has been a period of relative stability. 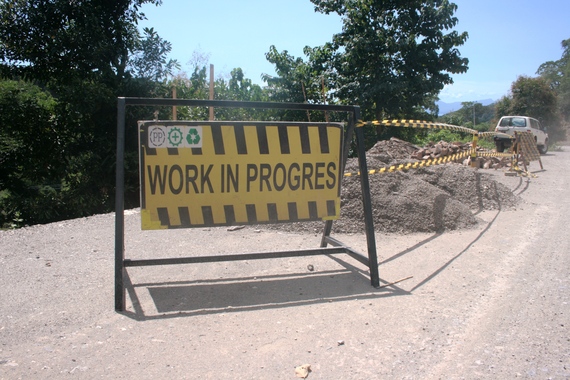 According to a paper by World Bank analysts, the root causes of the 2006 violence were: "Failure to meet high post-independence expectations, particularly for veterans of the independence struggle, high rates of poverty and poor service delivery and frustration, and perceived favouritism in the distribution of sought-after posts."

To quell the 2006 crisis, the government used money from the Timor-Leste Petroleum Fund to pay the displaced to return home, buy off army deserters who had sparked the 2006 violence, fund pensions for disgruntled veterans of the independence struggle, and assign construction contracts to potential political spoilers.

"There is a sense among observers that buying off peace is not a reputable way of creating stability in a country - and that can be argued, particularly in terms of sustainability," said Cillian Nolan, deputy director of the Institute for Policy Analysis of Conflict (IPAC) in Jakarta. "But in some ways this has worked quite well, not only because peace has been maintained but also because it signalled a strong independence from foreign influence because this was Timorese money going to Timorese people."

Timor-Leste, home to 1.1 million people, was a Portuguese colony before it was occupied by Indonesia in 1975, prompting a decades-long violent struggle during which hundreds of thousands of people perished due to conflict and famine.

Researchers caution that while stability has been maintained in recent years, the central steadying factors are not permanent.

"Timor-Leste has about seven years before its remaining petroleum wealth - the only ship which can take the nation away from poverty - will have sailed," said Charles Scheiner, a researcher at Lao Hamutuk, a Dili-based policy analysis organization.

According to Lao Hamutuk's analysis of government data, 90 percent of Timor-Leste's state revenues are provided by oil and gas. The Petroleum Fund contains nearly US$16 billion today. But, Scheiner warns, the oil and gas could be depleted within seven years and the fund empty by 2025.

In a 2013 report titled "Stability at What Cost?" the International Crisis Group explained that Timor-Leste's purchased peace rested on three anchors: "the authority of the current prime minister; the deferral of institutional reforms in the security sector; and the flow of oil and gas revenues from the Timor Sea."

These anchors are connected in political and financial decision-making. As Scheiner argued: "The elite and some constituencies proclaim their entitlement to public funds, a pattern [which was] set by 'buying peace' to neutralize possibly troublesome groups or political opponents."

And that elite, whose grip on political power is bolstered by their history as independence fighters, will probably this year undergo a major change, analysts warn. In a July 2014 report, IPAC explained: "When Xanana Gusmão steps down as Timor-Leste's prime minister, his successor will face the challenge of how to address potential sources of social and political unrest without Gusmão's unparallelled authority."

One result of that authority has been favoritism toward certain groups.

According to the Asian Development Bank (ADB), the government enrolls more than 100,000 people in three fund transfer programs -- to veterans, to the disabled and elderly, and to single mothers who keep their children in school. But the difference in payments to the three groups is huge: "Conditional cash transfers are limited to $240 per year, elderly pensions are $360 per year, and annual veterans' pensions range from $2,760 to $9,000."

As of 2011, "although the veteran pensions consumed half of the total budget, it was targeted to 1 percent of Timor-Leste's population", World Bank analysts explained. They argued that "these are high value benefits that are received by too few beneficiaries to allow for any sizeable national impact on poverty."

Noting that the "government believes it is important to reward those citizens who have served Timor-Leste in the past," the $1.5 billion 2014 budget allocates $335 million to "Public Transfers".

In January 2014, Lao Hamutuk warned that "one of the outcomes of the parliament's closed-door budget discussions is $64 million in increased Public Transfers in the 2014 state budget, which will reduce transparency, accountability and good governance."

According to IPAC, Timor-Leste's "wealth distribution remains markedly uneven, particularly between rural areas and Dili, and is probably getting worse, given that so much of government spending, which makes up the bulk of the non-oil economy, is centered in the capital."

In a 2011 report the UN special rapporteur on extreme poverty and human rights noted stark differences in living standards: "The richest segment of Timorese society enjoys almost 180 times the wealth of the poorest of the poor." Poverty, food security, and unemployment are all higher in rural areas, where 75 percent of Timor-Leste's population lives.

Explained IPAC: "The elite that decides how to spend this wealth is small: the finance minister and the natural resources minister are siblings, for example."

Projects to rebuild the country's infrastructure - 70 percent of which was destroyed as Indonesia departed in 1999 - have been controversial, and often unfinished. The country's development indicators (such as one of the world's highest rates of stunting in children) continue to lag. Half the population lives in poverty today.

"Part of the story of the UN in Timor after the 2006 crisis was one of frustration with the international expert advisers telling the Timorese politicians to wait, take time - that stability will come slowly," IPAC's Nolan told IRIN, noting that Gusmão instead took pragmatic action in an effort "to show that the country was going somewhere".

While he was successful in the short-term, he carried with him is own legacy as a leader of Falintil, the armed liberation front he headed in the 1980s and 90s. Issues such as formalizing discipline and selecting non-political leaders for security forces remain unresolved.

Critics say he failed to implement the necessary security sector reforms post-2006, engaged in cronyism, and allowed distrust to fester.

In 2007 Gusmão launched and led the Ministry of Defence and Security by merging the defence and interior ministries under one roof. "In doing so he succeeded in tempering inter-service rivalries and restoring stability but at the cost of reinforcing the old Falintil chain of command rather than allowing the development of independent civilian control," said the IPAC report.

For example, 650 ex-Falintil fighters remain in the army, and many have passed the retirement age of 55. "Political sensitivities have been more important than procedural questions in delaying their retirement," said IPAC.

Citizen-security force interactions are complicated by a history of occupation and violence.

A 2014 Overseas Development Institute (ODI) and The Asia Foundation (TAF) joint report explained: "During the period of occupation... the Timorese were subjected to a military-style police force. The model of control through placing a military police officer in each village to monitor and collect intelligence on the population would leave a legacy of distrust."

Fundasaun Mahein (FM), a Dili-based NGO, in June 2014 said two incidents of security force discipline decay were a "great leap backwards for the security of Timor-Leste". In one incident, a violent perpetrator was released from custody because he was the son of a police commander; in the other, junior officers of a special police battalion attacked senior officers in what FM called a "very serious breakdown of military discipline and hierarchy".

According to Nolan, "looking at a system that has in part built stability by handing out cash - as the architect of that system [Gusmão] steps away, we have to remember that he has papered over some really big issues during his tenure."

This post was originally published by IRIN Humanitarian News.