VATICAN CITY (RNS) Europe's economic and financial crisis is the consequence of an "ethical crisis" and a "crisis of faith," Pope Benedict XVI said Thursday (Dec. 22), resulting in the triumph of selfishness over social responsibility.

Benedict made his remarks in his annual Christmas speech to the Roman Curia, the Catholic Church's central administration at the Vatican.

The pope acknowledged that "such values as solidarity, commitment to one's neighbor and responsibility toward the poor and suffering are largely uncontroversial," but said the "motivation is often lacking ... to make sacrifices."

While the remedy for selfishness lies in "proclamation of the gospel," the pope said Europe is now undergoing a crisis of faith evident in the troubles of the Roman Catholic Church.

"Regular churchgoers are growing older all the time and ... their number is constantly diminishing," and "recruitment of priests is stagnating" while "skepticism and unbelief are growing."

Benedict drew a contrast between Europe's anemic religious life and Africa's "joyful passion for faith," which he experienced last month during a three-day visit to the West African country of Benin.

"None of the faith fatigue that is so prevalent (in Europe), none of the oft-encountered sense of having had enough of Christianity, was detectable there," the pope said.

Benedict noted the benefits of religious faith to African society, which he said provides the "strength to serve Christ in hard-pressed situations of human suffering, the strength to put oneself at his disposal, without looking round for one's own advantage."

Below, look at a slideshow of images from Pope Benedict XVI's Christmas address to the Roman Curia: 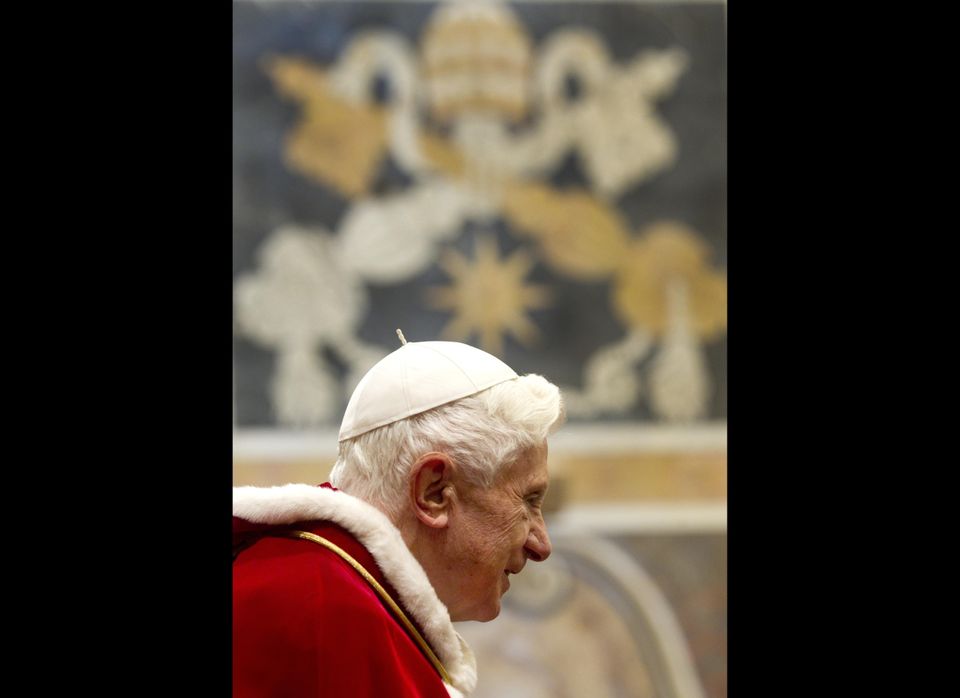 1 / 8
Pope Benedict
Pope Benedict XVI smiles during the audience to the Curia for Christmas greetings, in the Sala Clementina at the Vatican on December 22, 2011. AFP PHOTO/POOL/ CLAUDIO PERI (Photo credit should read CLAUDIO PERI/AFP/Getty Images)
Getty