There was a time when Pope Francis couldn't turn the other cheek: He once worked as a bouncer at a Buenos Aires nightclub, he told parishioners at a local church in Rome on Sunday.

The Catholic leader was listing some of his former jobs, which included teaching and chemistry lab work, during a visit to San Cirillo Alessandrino church, as reported by Catholic News Service. But it was his mention of being a bar enforcer that caught the attention of many.

New York Magazine humorously imagined a conversation between a bar owner angry at the future pontiff's lax admission standards. "I'm seeing a lot of poorly dressed losers in here. Also a number of lepers," complains the boss, who eventually fires him.

What are we calling the off-beat dramedy about the Pope's past as a Buenos Aries bouncer? I'm going with "Heaven Can Wait, And So Can You"

The pope worked the velvet rope to make money when he was a student, the Telegraph reported several months ago, but his public recollection on Sunday still caught many by surprise.

We wish we could've heard it from the pontiff himself. 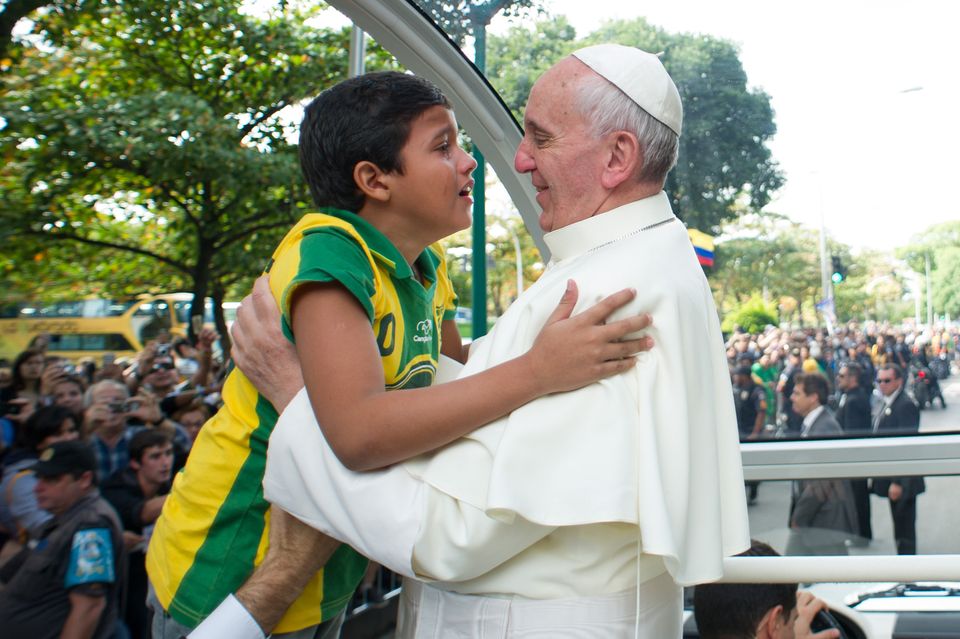 1 / 12
Pope Cries With Nathan de Brito, The Little Boy Who Brought Him To Tears
Meet Nathan de Brito, the little boy who broke past barriers to run into Pope Francis' arms on Friday in order to tell him something that moved the pontiff to tears. They embraced on the Popemobile as de Brito confided to Pope Francis, "Your Holiness, I want to be a priest of Christ, a representative of Christ." <a href="https://www.huffpost.com/entry/boy-pope-tears-video_n_3644697" target="_blank">Read more here</a>
Getty Images