The 85-year-old pope, marking the eighth Christmas season of his pontificate, celebrated a solemn Christmas Eve mass in St Peter's Basilica, during which he appealed for a solution to the Arab-Israeli conflict and an end to the civil war in Syria.

At the mass for some 10,000 people in the basilica and broadcast to millions of others on television, the pope wove his homily around the theme of God's place in today's modern world.

"Do we have time and space for him? Do we not actually turn away God himself? We begin to do so when we have no time for him," said the pope, wearing gold and white vestments.

"The faster we can move, the more efficient our time-saving appliances become, the less time we have. And God? The question of God never seems urgent. Our time is already completely full," he said.

The leader of the world's some 1.2 billion Roman Catholics said societies had reached the point where many people's thinking processes did not leave any room even for the existence of God.

"Even if he seems to knock at the door of our thinking, he has to be explained away. If thinking is to be taken seriously, it must be structured in such a way that the 'God hypothesis' becomes superfluous," he said.

Bells inside and outside the basilica chimed when the pope said "Glory to God in the Highest," the words the gospels say the angels sang at the moment of Jesus' birth.

Earlier on Monday the pope appeared at the window of his apartments in the apostolic palace and lit a peace candle, as a larger-than-life nativity scene was unveiled in St Peter's Square below.

"Let us ask the Lord that we may become vigilant for his presence, that we may hear how softly yet insistently he knocks at the door of our being and willing.

"Let us ask that we may make room for him within ourselves, that we may recognise him also in those through whom he speaks to us: children, the suffering, the abandoned, those who are excluded and the poor of this world," he said.

He asked for prayers for the people who "live and suffer" in the Holy Land today.

The pope called for peace among Israelis and Palestinians and for the people of Syria, Lebanon and Iraq and prayed that "Christians in those lands where our faith was born may be able to continue living there, that Christians and Muslims may build up their countries side-by-side in God's peace."

The Vatican is concerned about the exodus from the Middle East of Christians, many of whom leave because they fear for their safety. Christians now comprise five percent of the population of the region, down from 20 percent a century ago.

According to some estimates, the current population of 12 million Christians in the Middle East could halve by 2020 if security and birth rates continue to decline.

At noon (1100 GMT/6 AM ET) the pope will deliver his twice-yearly "Urbi et Orbi" (to the city and the world) blessing and message from the central balcony of St Peter's Basilica. (Reporting By Philip Pullella; Editing by Myra MacDonald)

PHOTO GALLERY
Christmas 2012 Around The World 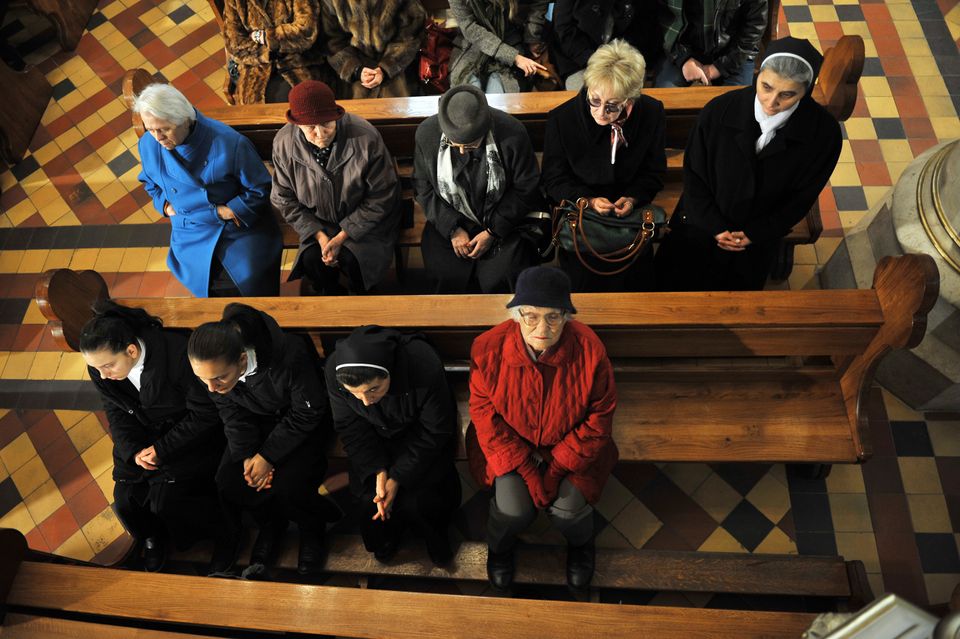