"Following Francis" is a monthly blog on the latest happenings of Pope Francis. It is prepared exclusively for The WorldPost by Sébastien Maillard, Vatican correspondent for La Croix, Rome.
Advertisement

ROME -- Predicting what issues Pope Francis will be taking up in the new year is hazardous. He is called the "pope of surprises" for good reason: he sets his agenda personally. He always seems to keep his cards close to his chest, not allowing his spokesperson and even some of his closest collaborators to see what he is up to.

Pope Francis also believes in long term processes rather than in immediate results. This is helped by the fact that a pope, by definition, does not have to face elections, fulfill a mandate or accomplish a set term. In that sense, 2016 may well be just another year in a pontificate that will soon be entering its fourth year.

Nevertheless, the first part of 2016 already looks packed. Francis seems to be pursuing reforms of the Vatican's management and organization. In his December address to present his Christmas greetings to the Curia, Francis showed strong determination in furthering reforms. Furthermore, he seems to want to address the "diseases and even scandals" he said he has witnessed over the past year within the church's governing body.

The pope was implicitly referring to the "Vatileaks II" affair -- leaked confidential Vatican documents on internal mismanagements that Francis has been trying to resolve. The scandal has led to a trial, due to reopen in February, with some of the highest ranking cardinals called to witness. 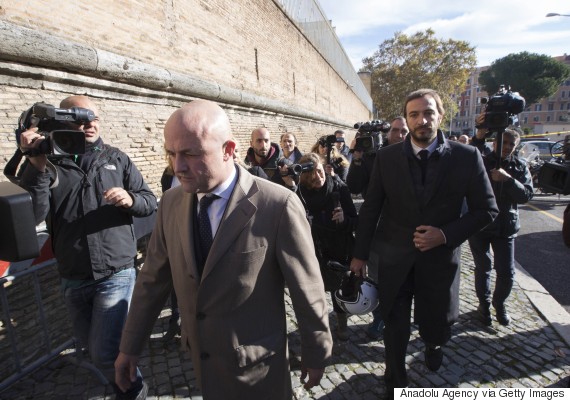 But this judicial process should not prevent the reform of the Curia to further unfold. The "C9," Francis' council of nine advisory cardinals, will hold five other meetings throughout the year. The next one, in early February, will partly be dedicated to reflecting on a "healthy decentralization" of the Catholic Church, as requested by Francis in one of his most important speeches on this issue last year. A seminar of experts, which will address how to build a more "listening church," as Francis expressed in that same speech, will also be held at the Vatican in February.

Restructuring of the Roman Curia itself also remains on the agenda. Some Vatican departments might merge -- the ones related to charity and church-led peace initiatives, for example. The ones covering the laity and family-related issues are also expected to merge. 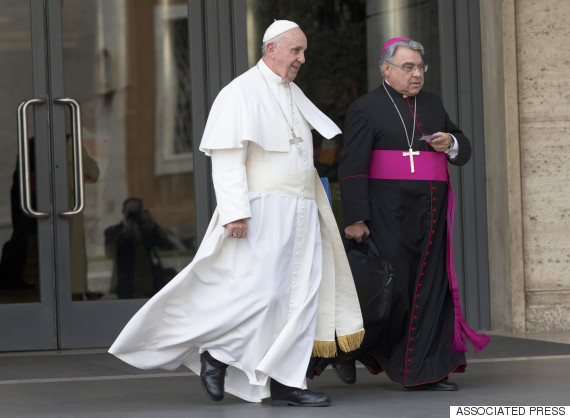 But the most hoped-for reform this year regarding the family is not in institutional engineering. It is in a document that Francis should release before Easter, perhaps earlier. This "exhortation," as it is officially called in Catholic terminology, follows the two world assemblies of bishops ("synods") on this highly sensitive issue held in Rome in October 2014 and October 2015. Who knows what surprise Francis will make in this text, which the bishops asked him to deliver?

The most controversial issue that the pope will be addressing is allowing divorced, remarried couples to return to the Eucharist. Francis has prevented himself until now to be entirely explicit on this much-debated question. But he keeps repeating that all sins -- which should include the sin of divorcing -- can be forgiven.

His homilies over the Christmas season have focused on forgiveness. "Forgiveness is the essence of the love which can understand mistakes and mend them," he stated during a mass dedicated to families on Dec. 27 at St. Peter's. On Christmas night, he depicted "a world which all too often is merciless to the sinner and lenient to the sin." This surely gives observers insight into the way Francis wants his church to address families of all walks of life. At the same time, he must remain sure that his changes will not provoke divisions within his own organization. This stands as the biggest challenge of his pontificate: engaging deep reforms without creating a new schism. 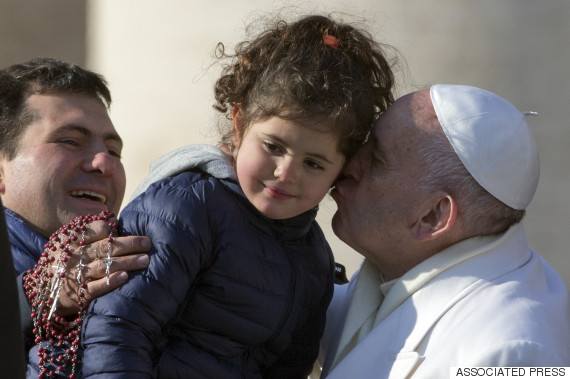 To prevent this, Francis has done something special. The reform of the church government and the reform of the church's attitude towards contemporary families are to be conducted during the Jubilee of Mercy, a holy year that officially started on Dec. 8. For the first time in the centuries-long history of jubilees, this one stands out as the most decentralized one. The so-called Holy Door, which all jubilee pilgrims traditionally cross, is not just in Rome. There are some 10,000 such doors opened throughout all the cathedrals and sanctuaries of the world.

These are called "Doors of Mercy" -- they are meant to be open and welcoming to all, whatever hardships they encounter. These doors represent the attitude Francis wants his church to have. Even though the turnout in Rome for the jubilee in December was low, he hopes this holy year, which will last until Nov. 20, will generate a "revolution of tenderness," according to one of his favorite expressions -- an impetus for a more caring and open church worldwide. 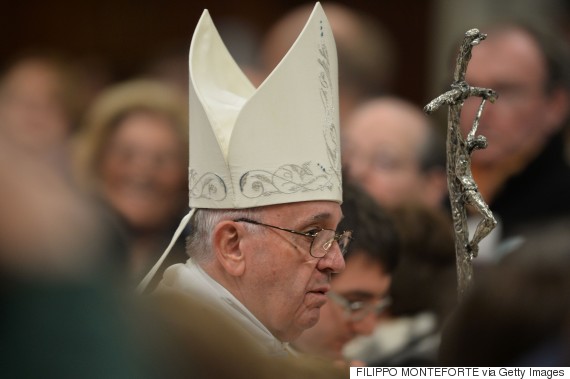 Pope Francis at St. Mary Major, where he opened a "Holy Door" on Jan. 1, 2016 in Rome. (FILIPPO MONTEFORTE/AFP/Getty Images)

This attitude will be put forward through the canonization of Mother Teresa, which is now expected to happen on Sept. 4. The celebration of the sainthood of the "mother of Calcutta," who won the Nobel Peace Prize in 1979, should attract hundreds of thousands of people to the Vatican and become the highlight event of the jubilee.

Let's not forget World Youth Day. Francis has also focused this event on mercy. Organized in Krakow, Poland, at the end of July, it will be the Argentinian pope's first visit to the land of his late predecessor, John Paul II.

What about Bergoglio's own native land? No visit to Argentina has been announced yet; Francis' travel plans for 2016 remain a mystery. According to the official agenda of his public audiences in Rome, he's scheduled to be away for part of May and June, which suggests some journeys overseas. 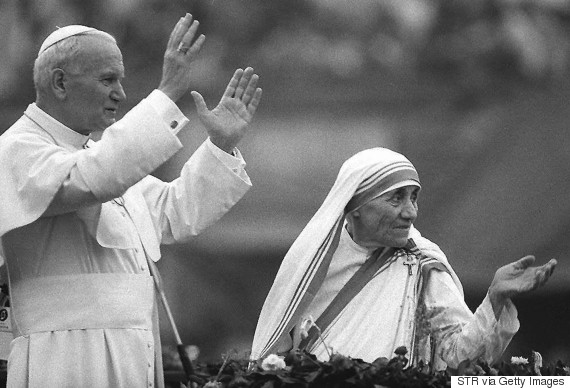 The Mexican Border With the U.S.

The one trip that's bound to happen is his week-long journey through Mexico in mid February. Francis will be meeting indigenous communities in Chiapas and then travel up north, like a migrant, to the border city of Ciudad Juarez. His purpose there is to support change in what has been regarded as a lawless gangland.

Whether in Mexico, in Rome or elsewhere, the security of the pope will remain a concern in 2016. The Vatican knows he is a target for Islamic State terrorists. Francis often describes these time of ours as "a third world war which is being fought piecemeal." But that does not prevent him from traveling everywhere without any bulletproof cars, showing trust towards the people he visits -- who of course hope he will not face any bad surprises. 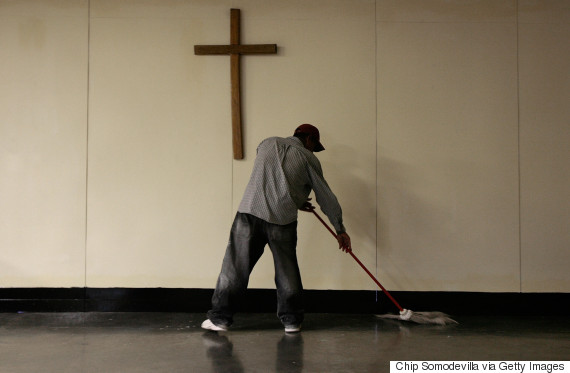 A migrant worker from El Salvador mops up the dining hall in a migrant shelter run by Dominican friars in Ciudad Juarez, Mexico. (Photo by Chip Somodevilla/Getty Images)


Pope Francis Fights ISIS by Fostering Interreligious Dialogue
How the World Looks Through the Pope's Glasses
No Room for Decadent 'Princes' in Francis' Vatican
A Day in the Life of Pope Francis, Who Lives Behind This Gas Station
How the Pope's 'Shock-the-Yankee' Attitude Got Rave Reviews in the U.S.
Is There Life After the Pontificate for Francis?