(RNS) Pope Francis may have been elected by the Holy Spirit, but he seems made for the Age of Twitter.

A case in point were his latest remarks, in which he affirmed the Catholic Church’s ban on artificial contraception but derided the idea that “in order to be good Catholics we have to be like rabbits” and produce litters of kids.

“No,” he told reporters on his flight home from the Philippines. “Responsible parenthood.”

Moments earlier, Francis had signaled his approach to the vexed birth control issue when, with equally quotable verve, he said the contraception ban “does not mean that the Christian must make children in series.”

He noted that during a parish visit some months ago, he even “rebuked” a woman who was pregnant again after having seven children, all delivered by Caesarean section. “But do you want to leave seven orphans?” Francis told her. “That is to tempt God!”

Cue the tweets, and the critiques: Rabbit breeders resented the pontiff’s use of a derogatory cliche about libidinous bunnies, while birth control supporters said the analogy demeaned people, who should make whatever decisions they want about the number of children they have, and when they have them — or not.

Conservative Catholics and contraception opponents were also dismayed by the latest from a man who’s been dubbed the “blabbermouth” pope. He appeared to criticize traditional big families (the pope said three children seemed about right) as well as undermine advocates of natural family planning (controlling birth rates without using contraception) by seeming to give aid and comfort to the church’s enemies.

Francis even stumped some regular Catholics who aren’t used to hearing popes speak this way, and especially not about birth control, long seen as beyond debate. “As a Catholic, it’s kinda shocking to hear @Pontifex say, ‘Catholics must not breed like rabbits.’ Really?” tweeted CNN anchor Carol Costello.

But was Francis saying anything new? Yes, and no.

First, no, Francis wasn’t breaking new ground. He himself told an interviewer last March that Pope Paul VI’s famous encyclical reaffirming the artificial contraception ban, Humanae Vitae, was “prophetic” but said the real issue is “making sure that pastoral action takes into account that which is possible for people to do.”

In other words, there is the rule, but the church must be merciful and understanding — and use common sense. Some church conservatives saw that as more lamentable fuzziness from Francis and suggested that his predecessor, Benedict XVI, a theologian with a reputation as a doctrinal hard-liner, would never have been so wobbly.

Yet in 1996, when he was Cardinal Joseph Ratzinger, Benedict said much the same thing. He told an interviewer that couples who already have several children should not be reproached if they do not want to have more, and that questions about regulating births are personal pastoral matters that “can’t be projected into the abstract.”

Moreover, Paul VI mentioned “responsible parenthood” in his 1968 encyclical and cited the various “physical, economic, psychological and social conditions” that could go into making decisions about when and whether to have children, stressing the primacy of individual conscience.

That approach was taken directly from a document adopted a few years earlier by the Second Vatican Council, a document that said parents should weigh a variety of “the material and the spiritual conditions” in deciding whether to have children, and also stressed that “the parents themselves and no one else should ultimately make this judgment in the sight of God.”

That pastoral dimension and common-sense approach got lost in the social turbulence of the 1960s and 1970s, as everyone took sides in the culture wars and tended to reduce opponents’ views — as well as their own — to bumper sticker slogans.

Also lost in that hubbub, however, was the fact that the church’s support for regulating births even by natural means represented a major shift in Catholic teaching.

In fact, in 1930, Pope Pius XI had issued an encyclical (in response to the Anglican church’s decision to OK contraception in some circumstances) saying every conjugal act must be open to the conception of children, an absolutist view that inspired decades of jokes and a memorable Monty Python song.

But in the early 1950s, the next pope, Pius XII, signaled a change when he said that Catholic couples could regulate births by avoiding sex during a woman’s fertile times. That was a “significant” development of church doctrine, as Italian Vatican watcher Andrea Tornielli wrote last month.

So is Francis signaling another change?

Not likely. He clearly reaffirmed the ban on artificial contraception as “prophetic,” especially given declining birth rates in the West.

Yet as Francis often does, he is shifting the focus from the “rules” to the principle behind the rules. He wants Catholics to be more open to life and family and children, however many they have, and he does not think that wealthy Western countries should be telling other societies how and when to procreate. 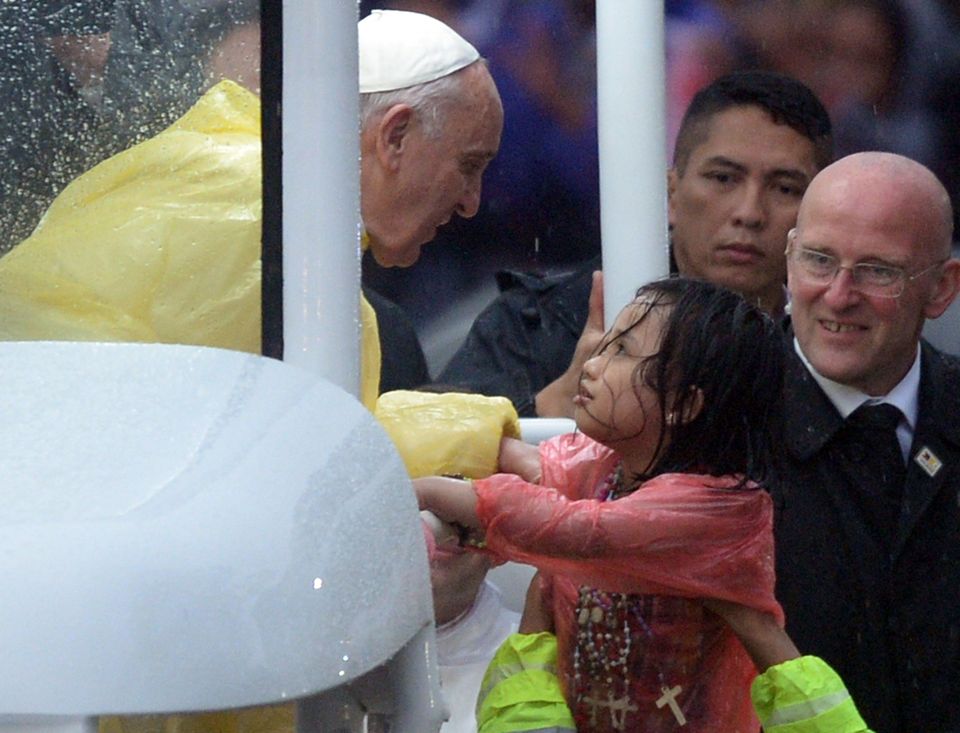