In a highly anticipated papal letter released Thursday, Pope Francis called on Catholics worldwide to make safeguarding the environment and battling climate change an urgent and top priority of the 21st century.

In the lengthy treatise, more broadly addressed to “every person” who lives on Earth, the pope lays out a moral case for supporting sustainable economic and population growth as part of the church’s mission and humanity’s responsibility to protect God’s creation for future generations. While saying that there were natural causes to climate change over the earth’s history, the letter also says in strong words that human activity and production of greenhouse gases are to blame.

I invite all to pause to think about the challenges we face regarding care for our common home. #LaudatoSi

We need a new dialogue about how we are shaping the future of our planet. #LaudatoSi

The earth, our home, is beginning to look more and more like an immense pile of filth.

These problems are closely linked to a throwaway culture.

The draft text of the encyclical, titled “Laudato Si’” (“Be praised”), was leaked Monday by the Italian magazine L’Espresso in what Vatican officials called a “heinous act.”

Already buzzed-about in Catholic and political circles before the leak, the pope’s global call on the environment generated strong reaction this week, with everyone from theologians to aspiring presidential nominees chiming in.

“I hope I’m not going to get castigated for saying this by my priest back home, but I don’t get economic policy from my bishops or my cardinals or my pope,” GOP presidential hopeful and Catholic Jeb Bush said at a campaign event this week in reaction to the pope's views on climate change policy. Former Sen. Rick Santorum (R-Pa.), also a Catholic, has spoken out against the pope as well, saying the pontiff shouldn’t meddle in scientific matters.

The encyclical, the first of Francis' papacy written entirely at his behest, is considered the highest form of teaching a pope can give, and was officially released after months of edits in the halls of Vatican City and anticipation in Catholic universities and churches around the world.

While it is not considered an infallible teaching, it is “the most authoritative type of statement issued by a pope short of something declared to be infallible,” said Christopher Vogt, chairman of the Department of Theology and Religious Studies at St. John's University in New York. “This will put the issue on the agenda. It’s hopeful that the pope is naming the environment not just as a technical question of what’s happening to the earth, but as a moral issue.”

This is not the first time Francis or church leaders have spoken in strong terms about the environment -- the United States Conference of Catholic Bishops released a “plea for dialogue” on climate change in 2001 -- though the encyclical is the first to address climate change in such an official manner from the church's highest leader.

Throughout papacies, encyclicals have focused the church’s influential attention on major global issues, including industrialization and labor abuse (Pope Leo XIII’s "Rights and Duties of Capital and Labor" in 1891), the Cold War and nuclear arms (Pope John XXIII’s "Peace on Earth" in 1963), and population growth and the rejection of artificial birth control (Pope Paul VI’s "Humanae Vitae" in 1968).

The current pope’s predecessor, Pope Benedict XVI, released three encyclicals during his nearly eight-year papacy that elucidated his views on the virtues of love, hope and “charity in truth.” While a fourth encyclical, "Lumen Fidei (The Light of Faith)," was published under Francis in the first months of his papacy, it was largely the work of Benedict.

“This is a truly extraordinary document, for it places the world's largest Christian church at the forefront of efforts to save and protect the environment after decades of turning a blind eye to environmental degradation in the Christian West. Liberation theology's call to build the Kingdom of Heaven here on earth can only be realized if our planet is inhabitable,” said R. Andrew Chesnut, the chair of Catholic Studies and a Professor of Religious Studies at Virginia Commonwealth University. "While some continue to debate whether Francis is the 'red pope,' this groundbreaking encyclical establishes him as the undisputed 'green pope.'"

“Laudato Si’” is considered in part to be a curtain-raiser on the pope’s pilgrimage to the United States in late September, during which he’s scheduled to address a joint session of Congress and, separately, the United Nations General Assembly. The highlight of the pope’s trip will be the World Meeting of Families in Philadelphia, where the city is preparing for millions of pilgrims to visit. Before the U.S., Francis will also travel to Cuba. The letter’s release gives it several months of lead time on a major United Nations climate change conference that will take place in late November and early December in Paris.

American church officials have prepared for months for the encyclical's call, with church bulletins and suggested homily topics on the environment printed and ready across the country. A “One Earth, One Human Family” march is being held in Rome on June 28, with churches being asked to ring their bells at noon in commemoration. In cities where scientists have predicted some of the worst outcomes of climate change and rising sea levels, such as Miami, bishops are preparing aggressive campaigns to get congregants and political leaders to heed the pope’s call.

Still, it’s unclear exactly what effect Francis can have on global debates over climate change, especially in the U.S., where there is a strong current of opinion against the climate change science and some American bishops are more conservative than their global counterparts. A HuffPost/YouGov poll last month found that while 82 percent of Americans in general and 84 percent of Catholics said humans have a “moral duty to protect the environment,” only 52 percent of the general population and the same percentage of Catholics said climate change is caused by humans.

While Francis himself has garnered wide support in the Vatican for taking on climate change and is continuing in the tradition of previous popes (Benedict was also dubbed the “green pope” for his calls to protect the environment), the encyclical brought criticism from conservative Catholics before its release. The day before Rome’s Pontifical Academy of Sciences held a summit on climate change in April, two American groups opposed to the environmental movement hosted a press conference in the city to speak out against the cause.

“Humans are not causing a climate crisis on God’s Green Earth -- in fact, they are fulfilling their Biblical duty to protect and use it for the benefit of humanity,” Joseph Bast, president of the Chicago-based Heartland Institute, said in a statement released April 24, before the group’s Rome event with Cornwall Alliance, a Virginia-based organization that also advocates against the widely agreed-upon science on climate change.

“Though Pope Francis’s heart is surely in the right place, he would do his flock and the world a disservice by putting his moral authority behind the United Nations’ unscientific agenda on the climate,” the statement said.

The next week, Cardinal Peter Turkson, who leads the Pontifical Council for Justice and Peace, spoke at the Pontifical Academy of Sciences summit, where U.N. Secretary General Ban Ki Moon also keynoted.

“This is an all-embracing moral imperative: to protect and care for both creation, our garden home, and the human person who dwells herein -- and to take action to achieve this,” said Turkson, who worked on drafting the encyclical. He said wealthy countries “are morally obligated to push forward and find solutions to climate-related change and so protect the environment and human life. They are obliged both to reduce their own carbon emissions and to help protect poorer countries from the disasters caused or exacerbated by the excesses of industrialization.”

Clarification: This article originally referred at one point to "Laudato si'" as the first of Francis' papacy. As mentioned elsewhere in the article, a previous encyclical, which was drafted largely under the auspices of Pope Benedict, was issued several months after Francis assumed the title. 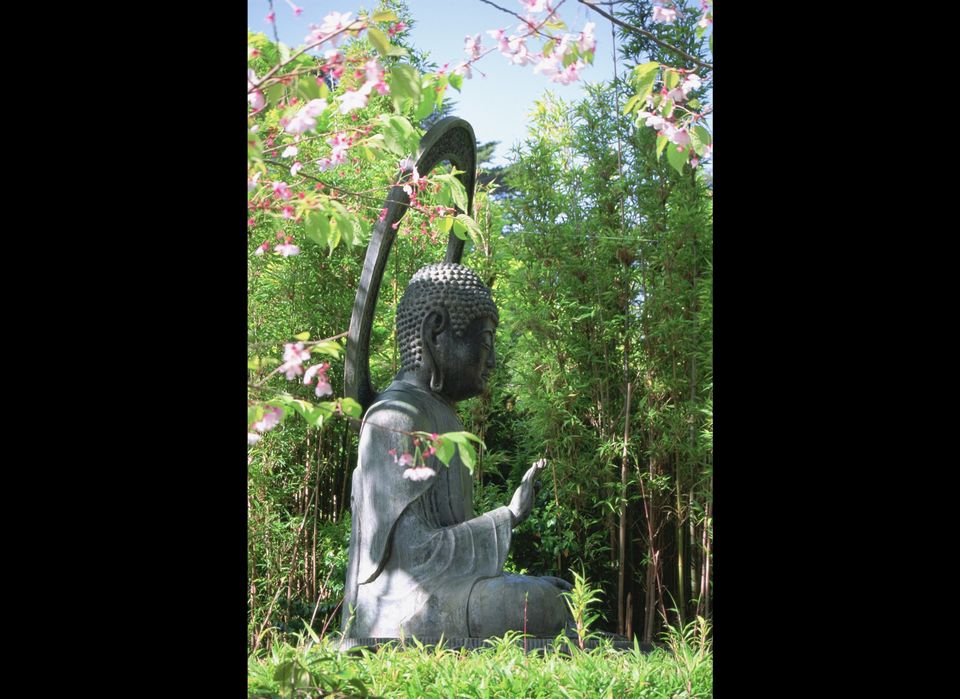