Pope Francis urged governments on Saturday to get migrants and refugees out of holding centers, saying many had become “concentration camps”.

During a visit to a Rome basilica, where he met migrants, Francis told of his trip to a camp on the Greek island of Lesbos last year.

He met a Muslim refugee from the Middle East there who told him how “terrorists came to our country”. Islamists had slit the throat of the man’s Christian wife because she refused to throw her crucifix on the ground.

“I don’t know if he managed to leave that concentration camp, because refugee camps, many of them, are of concentration (type) because of the great number of people left there inside them,” the pope said.

The American Jewish Committee (AJC) later urged the pope “to reconsider his regrettable choice of words” for using the term concentration camp.

“The conditions in which migrants are currently living in some European countries may well be difficult, and deserve still greater international attention, but concentration camps they certainly are not,” the AJC’s head, David Harris, said in a statement.

“The Nazis and their allies erected and used concentration camps for slave labor and the extermination of millions of people during World War II. There is no comparison to the magnitude of that tragedy,” he said.

Francis praised countries helping refugees and thanked them for “bearing this extra burden, because it seems that international accords are more important than human rights”.

He did not elaborate but appeared to be referring to agreements that keep migrants from crossing borders, such as deals between the European Union (EU) and Libya and the EU and Turkey. Humanitarian groups have criticized both deals.

The pope urged people in northern Italy, home to an anti-immigrant party, to take more migrants, hoping that the generosity of southern Italy could “infect the north a bit”.

Noting that Italy had one of the world’s lowest birth rates, he said: “If we also close the door to migrants, this is called suicide.”

The basilica of St Bartholomew is a shrine to Christians killed for their faith in the 20th and 21st centuries.

It contains a prayer book used by Father Jacques Hamel, the 85-year-old French priest killed by Islamist militants who stormed into a church in Saint-Étienne-du-Rouvray last year, forced Hamel to his knees, and slit his throat while they chanted in Arabic. His sister Roselyne attended the service. 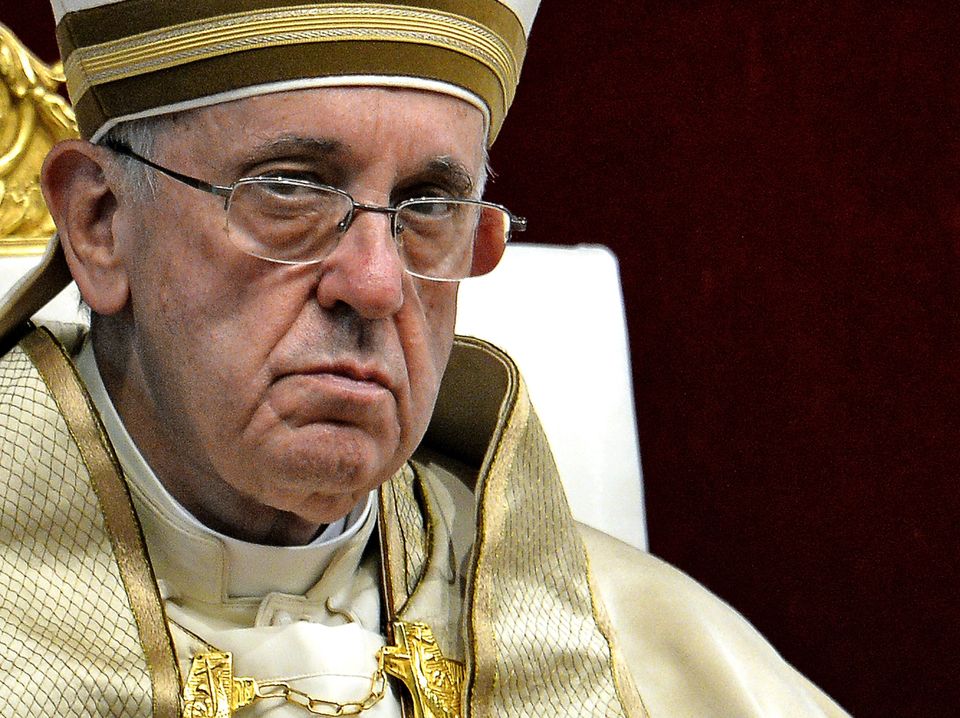