VATICAN CITY (RNS) They say you can feast like a king, and now you can eat like a pope after a young chef from the Vatican’s Swiss Guards published a cookbook featuring the favorite recipes of Pope Francis and his predecessors.

David Geisser, 24, who joined the elite Vatican security corps only a month ago, released his book, titled “Buon Appetito,” in Rome on Tuesday (Oct. 21).

“A soldier can only fight and wage war when he has eaten well, and enough,” said Daniel Rudolf Anrig, the head of the Swiss Guards. “In Italy the cooking is the best in the world.”

The book also pays tribute to the dishes favored by the patron saints of the Swiss Guards and includes the guards’ mealtime prayers.

The book was published in German this week. An Italian version is expected to be published next year. 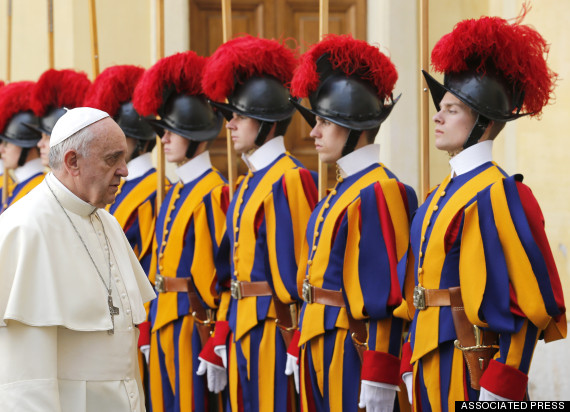