DAVOS, Switzerland, Jan 21 (Reuters) - Pope Francis challenged business leaders assembled in Davos on Tuesday to put their wealth at the service of humanity instead of leaving most of the world's population in poverty and insecurity.

In a message to more than 2,500 participants at the annual World Economic Forum, the pontiff urged industrialists and bankers to promote inclusive prosperity, but stopped short of chiding them for excesses laid bare by the global financial crisis.

"I ask you to ensure that humanity is served by wealth and not ruled by it," Pope Francis said in the message read at the opening ceremony by Cardinal Peter Turkson, president of the Pontifical Council for Peace and Justice.

The Argentinian pope, who has identified strongly with the poor since his election last year and severely criticized capitalism, acknowledged that business had helped lift millions out of poverty, even if it had led to widespread social exclusion.

"The growth of equality demands something more than economic growth, even though it presupposes it. It demands first of all 'a transcendent vision of the person'," he said in the message.

"It also calls for decisions, mechanisms and processes directed to a better distribution of wealth, the creation of sources of employment and an integral promotion of the poor which goes beyond a simple welfare mentality."

Rising income disparity and attendant social unrest were flagged as the biggest threat to the world in the WEF's annual "Global Risks 2014" report last week.

Inequality has been widening since the 1980s but the issue has risen up the agenda since the financial crisis that erupted in 2008.

A new generation of young people coming of age in the 2010s, who lack jobs and hope of social improvement, is fueling pent-up frustration, with a wave of protests from Thailand to Brazil.

The richest 85 people in the world now have as much wealth as the bottom half of the world's population, or some 3.5 billion people, according to a report from the charity Oxfam this week.

Oxfam said there a need for some economic inequality to reward those with talent, skills and ambition but the current extreme situation was "damaging and worrying". (Reporting by Philip Pullella and Ben Hirschler; Editing by Paul Taylor and Andrew Heavens) 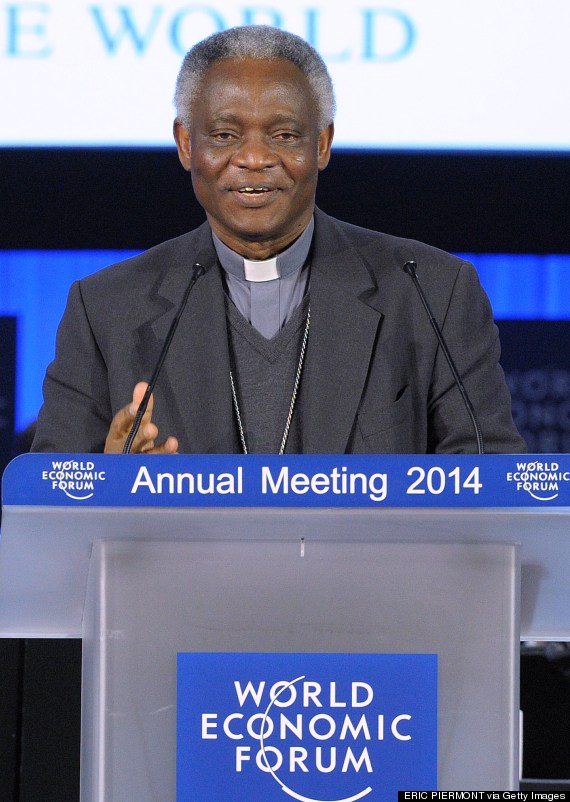