It’s a good thing this pope wears more than one hat.

Pope Francis’ white skullcap is selling for more than 80,000 euros (roughly $100,000) on eBay, after an Italian TV show host managed to finagle it out of his holy hands.

The host of the comedy show “La lene” (The Hyenas) got up in the early hours of the morning on Wednesday to stake out a prime, front-row spot in St. Peter’s Square for Francis’ general audience.

As the pontiff passed through his popemobile, the host handed over a white skullcap that matched the one on Francis’ head, the Local reports.

The pope can be seen examining the gift closely before swapping out the old for the new. 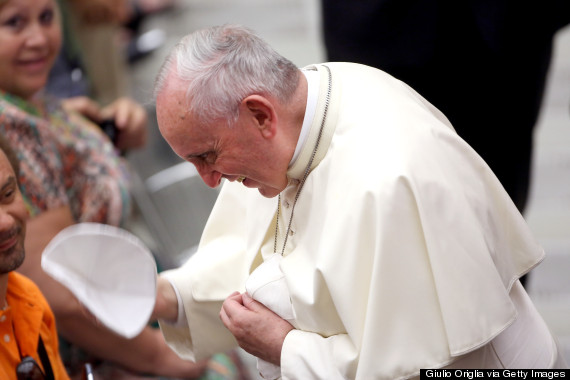 Over 120 people have placed bids on eBay for Francis' cap and, presumably, his spirit.

The hosts say the money raised through the sale will be given to an Italian charity that fights child mortality in the Democratic Republic of Congo, the AFP reports.

The auction closes on Sept. 24.

This article has been updated as of Monday afternoon to reflect recent changes in the bidding for the cap.