(RNS) Since the moment of his election on March 13, Pope Francis has been warmly embraced by his own flock and even the media and the wider public in a way his bookish predecessor, Benedict XVI, was not.

Polls show that anywhere from 73 percent to 88 percent of American Catholics say they are happy with the selection of Francis, as opposed to about 60 percent who were happy with the choice of Benedict -- and many of those are extremely pleased with the new pope.

Such an effusive welcome is especially good news for Catholic leaders who spent years fending off criticism of Vatican dysfunction under Benedict and a cloud of scandal and crisis at home. And the hot start for Francis is also crucial in building up a reservoir of good will that will be needed when the new pope refuses to bend on unpopular teachings or commits a gaffe of his own.

Yet even as the former Cardinal Jorge Bergoglio basks in this broad approval as Pope Francis, some constituencies in the Catholic Church are cautious or even angry at his election, and their concern has only grown in the early days of his pontificate.

'Something is profoundly wrong'

Chief among the critics are the liturgical traditionalists who reveled in Benedict's exaltation of old-fashioned ways, and are now watching in horror as Francis rejects the extravagant vestments and high-church rituals that were in en vogue for the past eight years.

"Of all the unthinkable candidates, Jorge Mario Bergoglio is perhaps the worst," an Argentine Catholic wrote in a post at Rorate Caeli, a blog for aficionados of the old Latin Mass rites. "It really cannot be what Benedict wanted for the Church."

"Something is profoundly wrong when the winds of change can blow so swiftly through an immutable institution of God's own making," agreed Patrick Archbold at Creative Minority Report, another conservative site.

Given that traditionalists are some of the most devoted and vocal Catholics in the church, and that they retain both contacts and influence in the upper ranks of the hierarchy, their pessimism could spell trouble for Francis.

The same could be said of politically conservative Catholics, especially those from the U.S. who have enjoyed access and approval in Rome for decades, under both Benedict and the late John Paul II.

Their concerns, while expressed in more muted tones, are tied to a number of markers: Francis is a Jesuit, for one thing, and even though he is considered a relatively conservative member of the Society of Jesus, the Jesuits are considered notorious by the Catholic right.

Their list of alleged faults is long -- they advocate engagement with the world, they have shown a willingness to criticize the hierarchy, and they have embraced a radical commitment to the poor. That last one is a priority for Francis as he sharply critiqued unfettered capitalism and austerity politics, even taking on the name of St. Francis of Assisi, the patron saint of the poor.

Indeed, the new pope "would likely be considered too liberal for a prime time speaking slot at the 2016 (Democratic) convention," Charles Camosy, a theologian at Fordham University in New York, wrote in a Washington Post column titled, "Republicans have a Pope Francis problem."

St. Francis is also an icon of environmentalism, which the new pope has similarly embraced. That discomfits some conservatives -- as does praise for Francis from liberation theologians like Leonardo Boff and Jon Sobrino. Rumors are already afoot that Francis might beatify slain Salvadoran Archbishop Oscar Romero, who was killed by a right-wing death squad for speaking out against injustice.

Not only that, but Francis allowed Vice President Biden and former House Speaker Nancy Pelosi, both Democrats who support abortion rights, to receive Communion at his installation Mass.

Moreover, while Francis is as orthodox as Benedict on the church's doctrines of sexual ethics, he has shown what is to some a disconcerting willingness to seek pragmatic solutions to difficult issues, such as when he supported civil unions for gay couples in Argentina in an unsuccessful bid to thwart a gay marriage law.

Skepticism on the left

On the other side of the spectrum, however, some left-wing Catholics are leery of Francis, or openly criticize him for what they see as his antagonism to gay rights. They also question his track record on sex abuse by clergy and his disputed role during Argentina's "Dirty War" in the 1970s, when some say he was not sufficiently vocal in speaking out against the military junta.

"The election of a doctrinally conservative pope, even one with the winning simplicity of his namesake, is especially dangerous in today's media-saturated world where image too often trumps substance," the feminist theologian Mary E. Hunt wrote at Religion Dispatches.

"A kinder, gentler pope who puts the weight of the Roman Catholic hierarchical church behind efforts to prevent divorce, abortion, contraception, same-sex marriage -- as Mr. Bergoglio did in his country -- is ... scary," Hunt said.

By contrast, mainstream Catholics, and Catholic Democrats in particular, have welcomed Francis' election not only because of his appealing common touch but also because his statements on behalf of the poor may hold out a chance for leveling the playing field in the church's internal culture wars.

The new pope's words about fighting economic exploitation and "being a poor church, for the poor" are so insistent that they could put the church's social justice teachings back on par with its doctrines on abortion and sexual ethics, which have been so prominent for so long that some complain they outweigh any other tenets.

Still, even Catholic progressives could wind up disappointed as Francis begins to unveil his appointments and policies, just as traditionalists and conservatives could be cheered or at least reassured that all is not lost.

As the Rev. James Keenan, a Boston College theologian, says, the Jesuits have an unwritten rule that a new superior should spend the first hundred days of his office learning about the community before making any changes. That means the critics need to make their voices heard now, because the clock is ticking.

Pope Francis' Honeymoon: How Long Will It Last?
Palm Sunday 2013 At Vatican 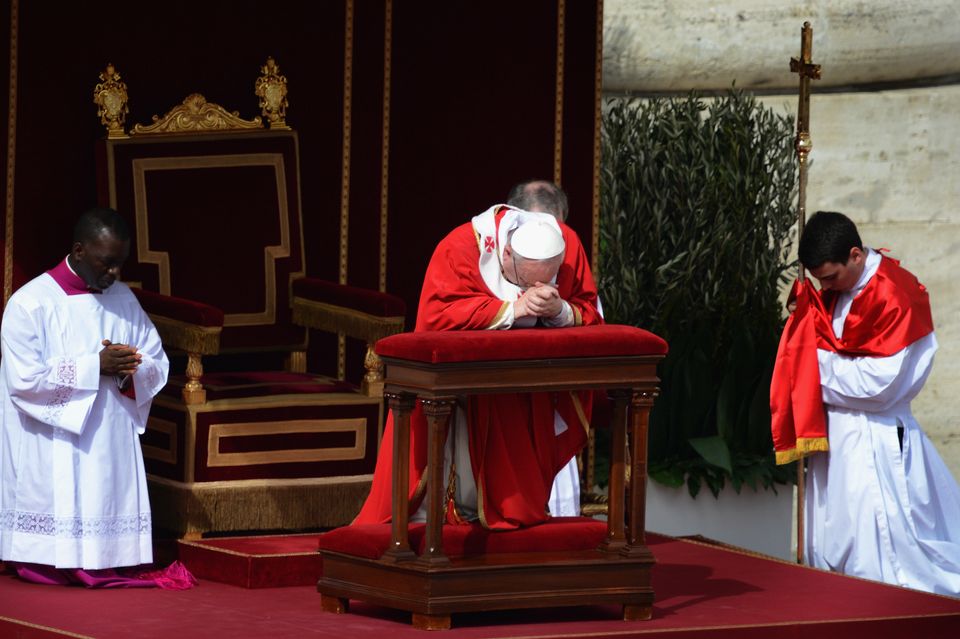