Pope Francis personally telephoned the leaders of Palestine and Israel, President Mahmoud Abbas and President Shimon Peres, on Friday in order to express his "very grave concerns" about the Gaza conflict, which escalated on Thursday when Israel launched a ground invasion.

The pope called for an immediate ceasefire in Gaza, and emphasized to both leaders the need "to bring an end to hostilities, making efforts to promote a truce, peace and reconciliation in the hearts of those involved," according to a statement from the Vatican.

The pope is actively working towards peace in the Middle East, hosting Abbas and Peres at the Vatican in June for a prayer summit. "Peacemaking calls for courage, much more so than warfare," he said. "It calls for the courage to say yes to encounter and no to conflict."

Read the statement in full here:

(Vatican Radio) Pope Francis has telephoned the presidents of Israel and Palestine. A Communiqué from the Press Office of the Holy See explains that the purpose of the calls was to voice concern over the violent conflict that has been underway for more than a week between Israeli forces and Hamas militants in Gaza. Below, please find the Vatican Information Service’s English translation of the Communiqué.

Following last Sunday’s heartfelt appeal for continued prayer for peace in the Holy Land, this morning the Holy Father Francis personally telephoned President Shimon Peres of Israel and President Mahmoud Abbas of Palestine to share his very serious concerns regarding the current situation of conflict involving in particular the Gaza Strip which, in a climate of growing hostility, hatred and suffering for the two populations, is claiming many victims and giving rise to a serious humanitarian emergency.

As during his recent pilgrimage to the Holy Land and on the occasion of the invocation for peace on 8 June, the Holy Father assured them of his ceaseless prayer, and that of all the Church, for peace in the Holy Land. He reminded the presidents, whom he considers to be men of peace and seekers of peace, of the need to continue to pray and endeavour to ensure that all the interested parties and those who hold political office at local and international level work to bring an end to hostilities, making efforts to promote truce, peace and reconciliation in the hearts of those involved. 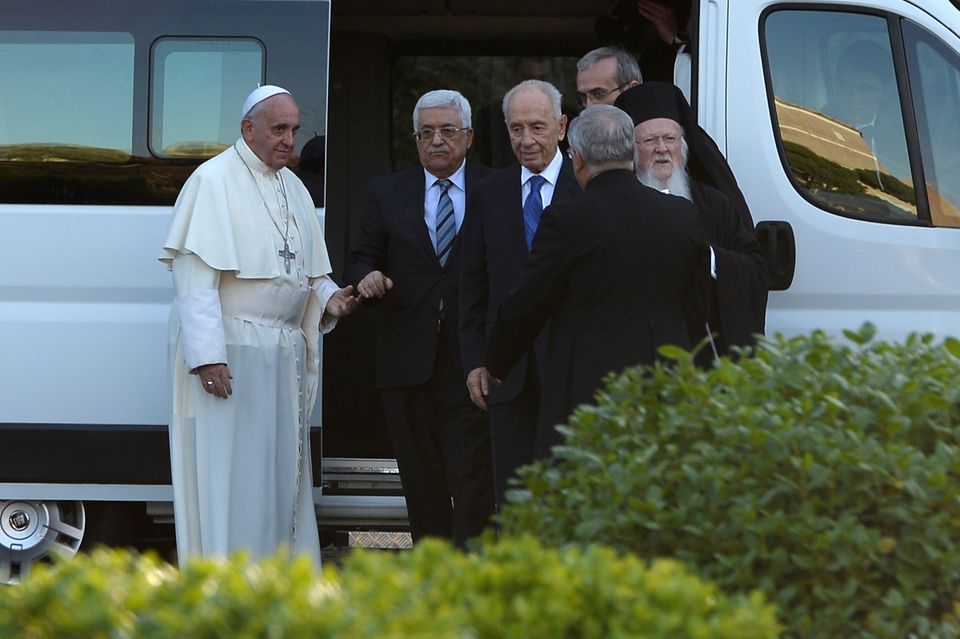