ROME (AP) — Pope Francis is giving his blessing to a new Vatican think tank that is seeking to prevent the Mafia and organized crime groups from exploiting the image of the Virgin Mary for their own illicit ends.

The Vatican’s Pontifical Marian Academy launched the think tank Friday at a conference titled “Liberating Mary from the Mafia.” It was a reference to the historic relationship between the Italian mob and the Catholic Church, and the popular displays of Marian devotion by mobsters in Italy and beyond.

In a message from the pope read out at the start of the conference, held at Rome’s Museum of Civilizations, Francis said the religious and cultural image and patrimony of the Madonna “must be preserved in its original purity.”

He said any popular displays of devotion to Mary must “conform to the message of the Gospel and the teachings of the church,” and that people participating in them must be true Christians who look out for others, and especially the poor.

The Catholic Church in Italy has long been associated with the Mafia, thanks in part to their post-war common cause against communism. While some Catholic priests have courageously opposed the mob — and paid for it with their lives — others have been called to explain their celebration of funerals, weddings and other sacraments for mafia dons, acceptance of their donations and participation in their religious processions.

St. John Paul II in 1993 famously demanded Mafiosi convert, change their ways or face the wrath of God’s final judgment as he made a historic visit to Sicily after the mob slayings of two leading anti-Mafia prosecutors.

Francis has followed in that tradition, declaring that mobsters were “excommunicated” and saying mobsters can’t live Christian lives because their lifestyle “blasphemes” God. Marian devotion is particularly important to Francis, history’s first pope from Latin America, where displays of such popular piety are common.

Francis’ message to the new think tank, which includes clergy as well as law enforcement experts involved in the fight against organized crime, was dated Aug. 15, a major Catholic feast day devoted to Mary. 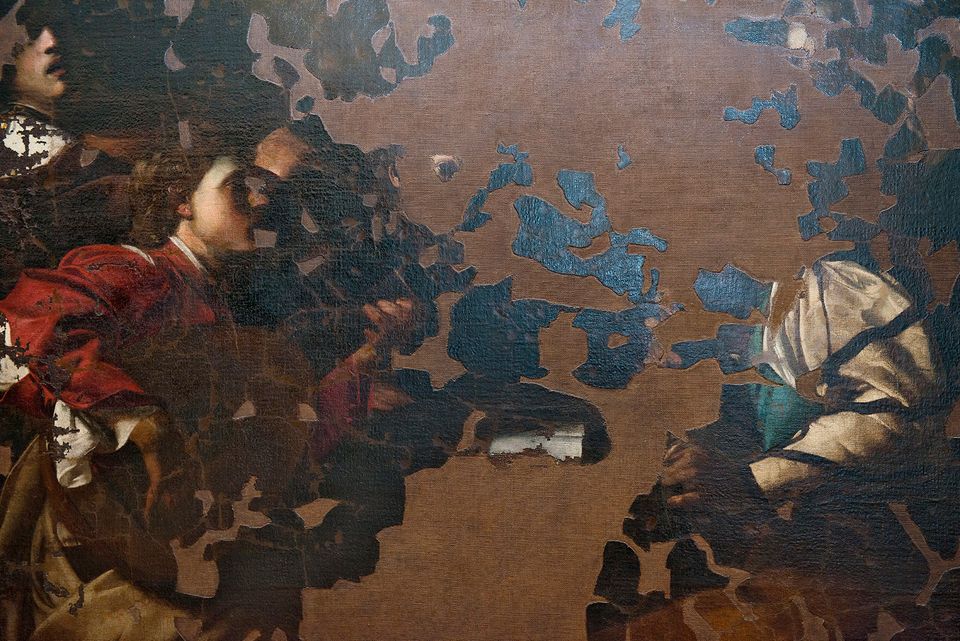 1 / 6
Galleria degli Uffizi, Corridoio Vasariano, Bartolomeo Manfredi painting restored after the bomb explosion in the massacre of Via dei Georgofili, Firenze in the morning of 27 May 1993. The attempt was ordered by the Corleonesi clan in response to the application of the article 41-bis law, by which jailed mafiosi were isolated and put under severe restrictive measures