ABC Local reports that De Blasio expressed his "fervent hope" that New York City would be included in any future trip to the United States made by the pope.

“We hope that some day Pope Francis will visit our city, which will be an extraordinary blessing for the people of New York," De Blasio commented, according to the New York Daily News.

Cardinal Dolan added, "Speriamo!" which means "We hope!" in Italian. New York Daily News reported that De Blasio and Dolan bantered for a few seconds in Italian, fighting over which one of them the pope would potentially stay with.

Though Pope Francis has not yet announced plans for a trip to the United States, he intends to go to the Middle East in May 2014, in his second international visit since becoming pope. Pope Benedict said he planned to visit Philadelphia, Penn., for the World Family Conference in September 2015, and it's hoped that Pope Francis will fulfill his predecessor's intention though nothing official has yet been announced.

Though Mayor De Blasio was raised in a Catholic household, he has stated that he does not currently belong to a church.

“Although my mother was raised a Catholic, she did not bring me up in the Church,” he said on an online Q & A on Reddit. “I considered myself a spiritual person but unaffiliated, and I was definitely very influenced by the liberation theology movement in Latin America. And BOY am I a fan of Pope Francis!”

Cardinal Dolan told New York Daily News about his meeting with De Blasio, commenting, “He was extraordinarily gracious in telling me about the deep Catholic roots of his own Italian family and about how he really feels that a lot of Catholic values and a Catholic worldview have pervaded a lot of his thinking. But we didn’t get into the specifics of his faith. If he ever wants to, the door is open.”

Though the two men have some disagreements in terms of political policy, de Blasio and Dolan share common cause when it comes to the issue of decreasing the inequality between the rich and the poor.

De Blasio told New York Daily News, "We share common ground on the fundamental issue of fighting inequality and trying to help those in need, and I think this is going to be a tremendous working relationship."

Over 2.5 million Catholics belong to the Archdiocese of New York. 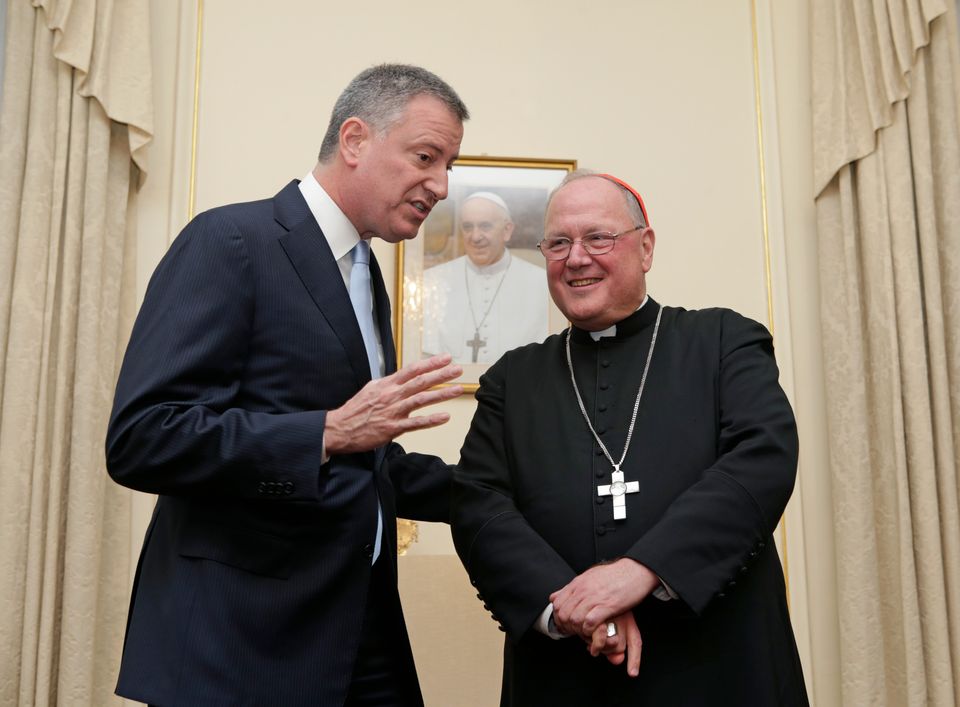