After revealing earlier this month that he missed being able to grab a slice of pizza in peace, Francis received a delicious surprise from an Italian pizzeria on Saturday -- a handcrafted pie in the Vatican’s colors delivered straight to his popemobile. 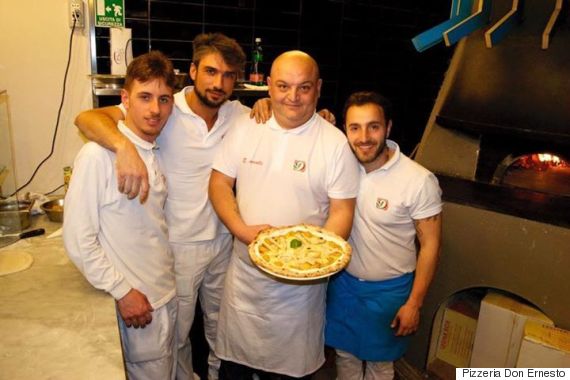 "The only thing I'd like to do is to be able to go out one day without anyone recognizing me and go get a pizza," the pope said during an interview with the Mexican broadcaster Televisa.

Roberto Biscardi, owner of Pizzeria Don Ernesto in Naples, told The Huffington Post that his team jumped into action after hearing the pope's comment.

“Pizza is the most important food in Naples,” Biscardi wrote to HuffPost. “That was a great occasion for us to give the Pope the love we have for him. He is a great person.” 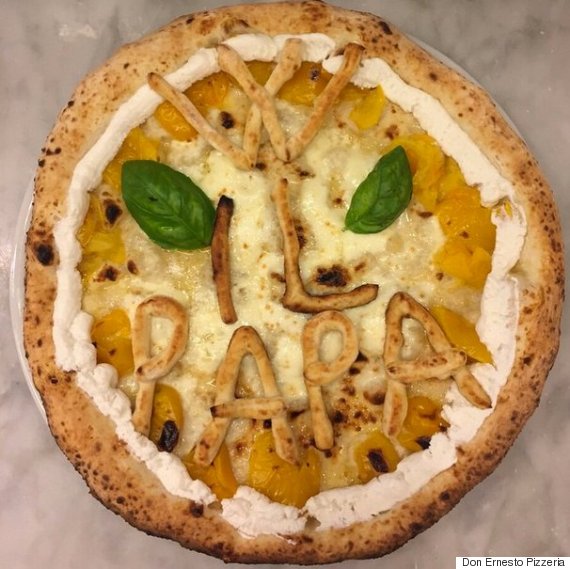 The chef’s father reportedly made pizza for former President Bill Clinton during the politician’s visit to Naples in 1994.

In a YouTube video, Cacialli can be seen scrambling over a security barrier to hand the pope his creation. The pope's vehicle slowed down slightly and Francis grabbed the pie with both hands. 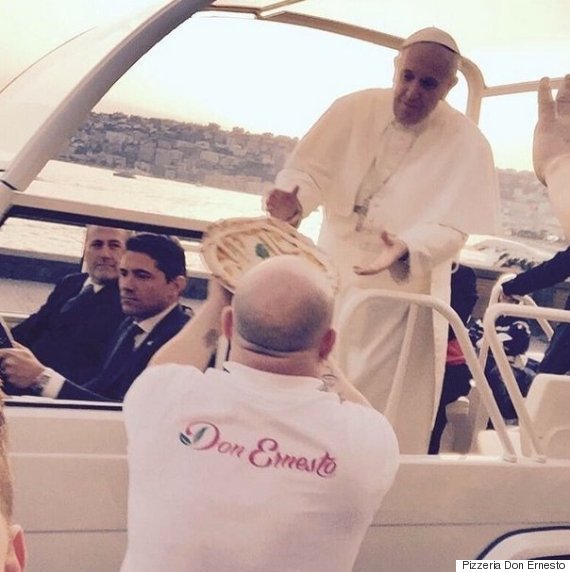 During his one-day trip to Naples, Francis also reportedly received some sweets from a group of cloistered nuns, who approached him as he sat in the city's cathedral.

The contemplative nuns were part of a religious order that rarely leaves its convent and instead greets visitors through a grill. The Archbishop of Naples, Cardinal Crescenzio Sepe, had allowed the nuns to leave so that they could see the pope.

Sepe pleaded with the nuns to show some restraint as security personnel dove in to guide them away from the pope, The Telegraph reports.

“Well, would you look at that. And these are the cloistered ones. Just imagine the non-cloistered ones,” he remarked. “They are going to eat him!”