VATICAN CITY (RNS) As Pope Francis approaches the one-year mark of his papacy, his global flock and a fascinated public are starting to measure the changes he is making against the sky-high hopes for transforming an institution many thought impervious to change.

Every personnel move and every new proposal is being scrutinized for what it might indicate about the direction of the church, what it might augur about possible adjustments to church teaching and whether the aspirations of so many will be fulfilled — or frustrated.

But as important as such structural and policy moves can be, church leaders and Vatican insiders say the 77-year-old Francis is really focused on a more ambitious (and perhaps more difficult) goal: overhauling and upending the institutional culture of Catholicism.

Francis, they say, is bent on converting the church, as it were, so that the faith is positioned to flourish in the future no matter who follows him to the throne of St. Peter.

“Some in the Roman Curia” — the Vatican bureaucracy — “say, well, this pope is old so let’s wait a bit, and things will return to the way they were,” said the Rev. Humberto Miguel Yanez, a fellow Argentine Jesuit, who heads the moral theology department at the Gregorian University in Rome.

“If this is the attitude, then his words and his reforms don’t mean anything. I think conversion is the most important thing, and that explains why Francis speaks every day, why he preaches every day. Some say that this pope talks and talks and talks but doesn’t do anything. But I think he is preparing the ground.”

According to those familiar with his thinking, the pope seems to be pursuing three main strategies:

ONE: Leveling with the hierarchy

Sure, Pope Francis has charmed the world with his easygoing manner, his populist homilies and his affecting way of reaching out to the marginalized. But woe to those churchmen who have been used to life at the top, and enjoy the view a bit too much.

In repeated broadsides at the culture of clericalism, Francis tells his fellow hierarchs that they are not to think of themselves as “a royal court,” as he put it to his first batch of appointed cardinals.

That was just one in a series of blasts he issued in the days leading up to his first-year anniversary on March 13, reflecting an insistent theme of his young pontificate: Bishops are to lead by serving, not dominating. The centralized Curia, too, must not be “an inspector and inquisitor that no longer allows the action of the Holy Spirit and the development of the people of God.”

Hierarchical “careerism” is “a form of cancer,” Francis has said, comparing bishops who strut about in church finery to “peacocks.” Instead, he wants pastors who act as shepherds and who “smell of the sheep.” He does not want “airport bishops” who buzz around the world padding their resumes and preaching a doctrinaire gospel while living the good life. “Little monsters,” he calls such clerics.

While more than a few of the Vatican’s old guard find Francis’ predications “annoying,“ as one put it privately, they nonetheless acknowledge that he includes himself in his critique.

“I am a sinner,” as Francis put in a lengthy interview last summer. “This is the most accurate definition. It is not a figure of speech, a literary genre. I am a sinner.” And in his landmark exhortation published last November, he harped on the need for the conversion of the church: “Since I am called to put into practice what I ask of others, I too must think about a conversion of the papacy.”

As potent and attractive as those words are, church insiders say Francis first needs time — years, not months — to appoint bishops who buy into his vision. That’s not to discount the fact that many bishops have been moved by his exhortations, and others are adjusting their behavior accordingly.

“How many BMWs do you see parked in the Vatican these days?” a well-connected American layman said recently as he surveyed the Roman scene, asking for anonymity in order to speak frankly. “You just don’t see the Gucci loafers anymore.”

If there was a single, central dynamic driving the coalition of cardinals that elected Francis in last year’s conclave, it was the desire to put an end to the command-and-control style that characterized Rome’s management under the papacies of John Paul II and Benedict XVI.

Dissent was quashed and suspect theologians were silenced. Bishops constantly looked over their shoulders, worried about perceived lapses in orthodoxy while Vatican departments tried to micromanage local issues that Rome knew little or nothing about. Dialogue was out, conformity was in, and bishops who toiled outside Rome were fed up.

Not anymore. Francis has welcomed criticism and opposing opinions; as he put it in an interview with an Italian newspaper just this week, “fraternal and open confrontations help develop theological and pastoral thinking. I do not fear this; on the contrary I seek it.”

To that end, Francis has summoned his cardinals and bishops to Rome for regular meetings, including an intense 10-day stretch at the end of February to talk about Vatican finances, reforming the Curia and launching a two-year dialogue on tough pastoral issues such as Communion for divorced and remarried Catholics.

But while many were looking for the recent meetings to produce policy statements or other portents, the real goal was to get senior church leaders used to talking openly and honestly — even in front of the pope.

“The big change is the emphasis on collegiality, on collaboration,” said Cardinal Francesco Coccopalmerio, who advises the pope as head of the Vatican department that writes the statutes that will turn reform proposals into church law.

Francis, the cardinal said, is trying to get cardinals and bishops to realize that “they can listen to everyone and speak freely and without fear, that each one can say what they think. They can be correct in what they say, and if not, it’s fine that they think differently.”

THREE: Evangelizing the world to convert the church

Whereas John Paul and Benedict focused in their different ways on persuading a skeptical world to put its faith in the Catholic Church, Francis is trying to persuade a fearful church to go out and engage the world.

He gives interviews to atheists, cold-calls all manner of people, and on Holy Thursday washed the feet of young inmates — including women and Muslims. He is constantly pushing the church to go “out to the periphery” to find the least and the lost. “A church that doesn’t get out, sooner or later, gets sick from being locked up,” as Francis put it, stressing that he prefers a church that is out in the street and “runs the risk of an accident.”

Such talk is hugely popular, of course, but it isn’t just public relations.

At the closed-door meetings that preceded last year’s conclave, each of the more than 150 cardinals had five minutes to speak on where the church should be headed, and implicitly, who among them would be the man to lead them there.

Most of the cardinals took up more than their allotted time, but then-Cardinal Jorge Bergoglio of Buenos Aires actually used under five minutes when his time came, delivering a remarkable diagnosis of a “navel-gazing” church that he said was suffering from a “theological narcissism” that tried to keep Jesus locked inside when in fact “sometimes Jesus knocks from within, wanting to be let out into the wider world.”

A few days later, Bergoglio emerged as Pope Francis. Ever since, he has been preaching this same message — not a new theory of Catholicism, but rather a reminder that the church can only be true to itself when it goes outside of itself, and leaves behind all the internal disputes and power struggles that have sapped its spirit.

“The path opens by walking along it,” is the way that the Rev. Antonio Spadaro, a Jesuit in Rome who is close to the pope, characterized the process.

‘We have reached the point of no return’

Far less certain is how long it will take Francis to implement the transformation he has started, and whether it will endure. “I’m firmly convinced we are at the dawn of a new era in the church,” said Honduran Cardinal Oscar Rodriguez Maradiaga, who heads the “kitchen Cabinet” of eight cardinals that Francis handpicked to advise him.

Francis could end up being nothing more than an inspiring role model, an object of great affection and even devotion but one whose impact disappears when he leaves the scene. Would the power of his example and his constant exhortations go with him? Or has the Catholic Church reached a tipping point on reform?

“I would say that the key to this pontificate is the greater freedom to express one’s opinions without fear,” said Coccopalmerio. “On that we have reached the point of no return. That is the important reform, and there can be no going back.”

One point in Francis’ favor is that nothing succeeds like success. Now that the hierarchy has seen how popular Francis has been, even those who disagree with him don’t want to go back to the bad old days of constantly playing defense on a range of issues.

“The new uncertainties beat the old certainties,” as one Vatican official put it privately. “He has liberated such hopes and expectations among the broader public that there is no going back, or it would come at too high a cost.”

Yanez, the Argentine Jesuit who knows Francis from seminary, agrees.

“I think on many things already we have reached the point of no return,” he said. “There has been a reawakening of the Christian conscience that, it seems to me, will be difficult to reverse.” 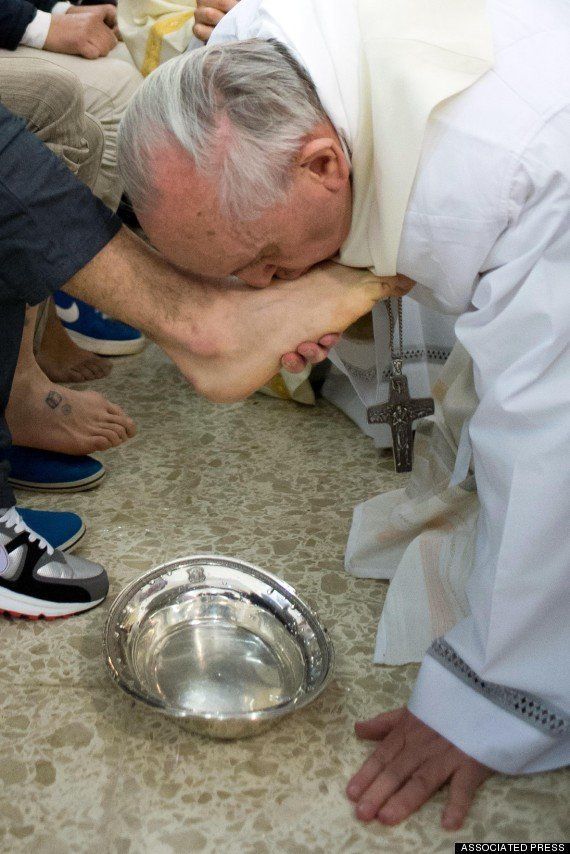