ROME -- Jorge Bergoglio became the 266th pope on March 13, 2013. With the utterance of his unforgettable first words as pontiff -- "buona sera" -- as he waved from the loggia of St. Peter's Basilica, Francis instantly became a star. His style, language and leadership have rebranded Catholicism, plagued by scandals, starting from the Vatican itself. Three years later, he can still walk St. Peter's Square on Wednesdays amidst a cheering crowd, tweet to now over 27 million followers and enjoy large media attention. Yet the Curia grumbles against what is perceived from the inside as an authoritarian and unpredictable boss. A large array of conservative bishops, notably from Africa and Eastern Europe, fear that Francis' openness and pastoral outreach towards those out of the Catholic Church may lead him to bypass its doctrine. And some priests feel he has too often been harsh on them and on the church as a whole.

Regardless of who loves or loathes Francis, one question is on people's minds as his pontificate enters its fourth year: how long might he last?


Regardless of who loves or loathes Francis, one question is on people's minds as his pontificate enters its fourth year: how long might he last? The answer is not obvious because a pope, unlike many other heads of state, has no fixed term. John Paul I died just one month after his election. The reign of his successor, John Paul II, lasted over 26 years. And Benedict XVI, with his unexpected resignation in 2013, has since widened the duration question to more than one defined by just health and old age. 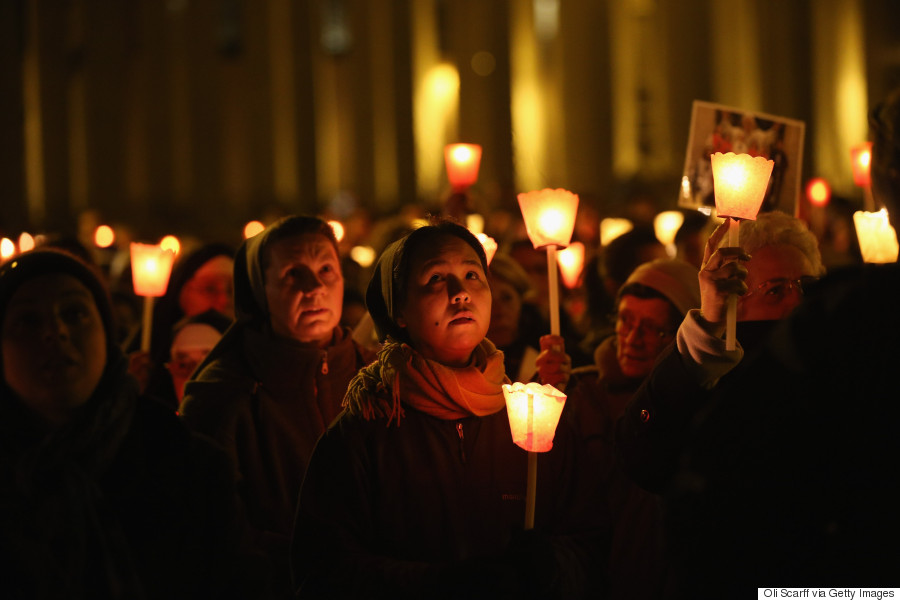 'I Would Do the Same'

Today, Jorge Bergoglio is 79. He appears to be in good physical health despite the occasional pains. He has worked tirelessly since the very first day in office, never taking a break, including during the summer days spent inside the Vatican. Greeting crowds for Francis is like recharging batteries -- it gives him new energy. So if the pope's health is not a problem for now, the remaining question is: would he consider resigning? Francis answered the question clearly himself in August 2014, during a press conference on a return flight from South Korea:

"Our span of life increases and at a certain age we no longer have the ability to govern well because our body is weary; our health may be good but we don't have the ability to deal with all the problems of a government like that of the Church," he explained. "I believe that Pope Benedict XVI took this step which de facto instituted Popes emeriti. ... You can ask me: 'What if one day you don't feel prepared to go on?' I would do the same, I would do the same! I will pray hard over it, but I would do the same thing," he said paying tribute to his predecessor's resignation. "[Benedict] opened a door which is institutional, not exceptional."

'[Benedict] opened a door which is institutional, not exceptional.'


But, at this stage, Francis has not made remarks publicly suggesting he would not feel fit to go on anymore. One year ago, in an interview on Mexican television, he did affirm he had the feeling his pontificate would "be brief "-- "four or five years, even two or three. ... It's like convincing yourself you'll lose so as not to be disappointed and if you win, you're happy."

And Francis wants to win. He has now reached three years and has not repeated those remarks since. Besides, one should not pay so much heed to them. The first time he met the press on an international flight, the new pope said softly, like a shy boy, that he did not like giving interviews. He now gives all sorts of statements. He also defined himself as "a homebody," saying he never enjoyed traveling. Now he travels worldwide. Just this year he plans on visiting Poland in July, Armenia, Azerbaijan and Georgia most probably in September and then Sweden in late October. 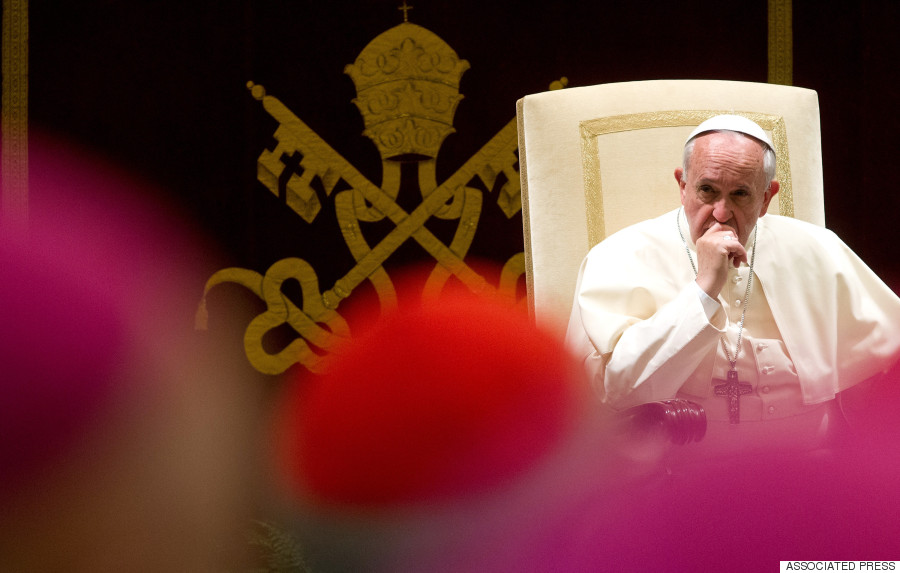 The pope warns Vatican administrators that their work can take a downward spiral into mediocrity, gossip and bureaucratic squabbling if they forget it's service to the church. (AP/Claudio Peri, Pool)

Following Through on His Reforms

Other facts suggest this would not be the right time for him to step down. Firstly, Benedict XVI is alive -- he is 88. Having two living emeriti would look, if anything, awkward. Secondly, Jorge Bergoglio will turn 80 in December. Resigning at this specific and symbolic age would set a benchmark for his successors. Thirdly, whatever the age, having two popes in a row resigning would definitely set a trend. And Francis may not want this to become a new tradition.

For now, he plans to at least stay long enough to ensure his reforms are irreversible. The reform of the Curia is an ongoing process that will not end anytime soon. If Francis' "finance minister," Australian Cardinal George Pell, were to leave in light of a past clerical sexual abuse scandal being investigated in his native country, the pope would need someone strong enough to replace him in order to keep the Vatican's economic reform on track.

Having two popes in a row resigning would definitely set a trend. And Francis may not want this to become a new tradition.


The pope's proposed changes also include making his church more decentralized and more open to families from all walks of life. His much awaited document on this sensitive issue will be signed on March 19 and published later after Easter, according to Vatican sources. Francis has to remain in power for all these to be implemented. 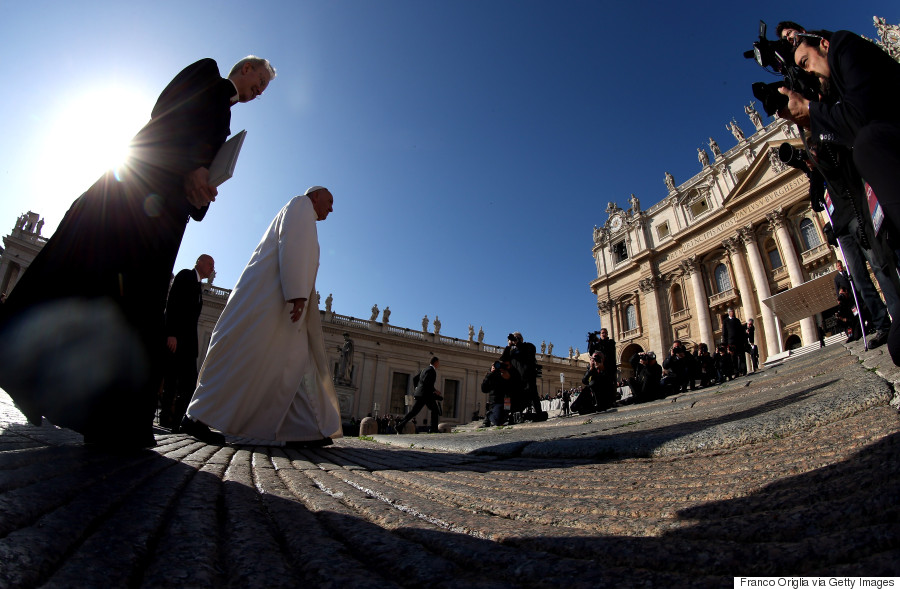 But for reforms to be secured after him, Francis also needs a reliable successor. For the moment, the cardinal regarded in the pope's entourage as his favorite candidate is Luis Antonio Tagle, archbishop of Manila, who is only 58. When this cardinal from the Philippines was elected president of Caritas, the Catholic Church relief network, in May of last year, he was known to benefit from Francis' support. Heading the Caritas network gives Cardinal Tagle larger international exposure within the church, which could become useful in a future conclave.

Those, on the contrary, who fear Francis has already gone too far prefer African Cardinal Robert Sarah, a 70-year-old native of Guinea, while others may bet on the Holy See's secretary of state, Cardinal Pietro Parolin. But it is far too soon to have a discussion on "papabile" -- a favorite topic for Roman-based Vaticanists -- anyhow. Francis' pontificate has perhaps only just really started.

Is There Life After the Pontificate for Francis?
A Day in the Life of Pope Francis, Who Lives Behind This Gas Station
Moving the Church Forward on the Modern Family, One Step at a Time
Holy Ghostwriters: Behind the Pope's Tweets and Encyclicals