77-year-old Pope Francis is one of the hardest-working world leaders, rarely taking breaks or vacations despite a punishing schedule. It appears that this lifestyle could be taking its toll, as the pope told reporters during a press conference that he feels he may only have a few more years left to live.

On his way back from a trip to Korea, Pope Francis told journalists aboard the papal plane that he is able to cope with his immense popularity because he knows that it will not last forever. In the full transcript provided by America Magazine, the pope said, "Interiorly, I try to think of my sins, my mistakes, so as not to think that I am somebody. Because I know this will last a short time, two or three years, and then to the house of the Father."

Though he has not previously spoken publicly about his long-term physical health, the Guardian reported that a Vatican source said that he has told those close to him that he may only have a few years left in his life.

In response to a question about his busy schedule, the pope admitted that he has to be more careful about not becoming overworked.

"Yes, it is true, I had to cancel [engagements]," Pope Francis said. "The day I should have gone to the Gemelli [hospital], up to 10 minutes before I was there, but I could not do it. It is true, they were seven very demanding days then, full of engagements. Now I have to be a little more prudent."

Pope Francis also addressed the prospect of his potential retirement, which could make him just the second pope to retire in over 600 years, following the resignation of Pope Benedict XVI, now known as the Pope emeritus. Pope Francis said:

I think that the emeritus pope is already an institution because our life gets longer and at a certain age there isn’t the capacity to govern well because the body gets tired, and maybe one’s health is good but there isn’t the capacity to carry forward all the problems of a government like that of the church. I think that Pope Benedict made this gesture of emeritus popes. May, as I said before, some theologian may say this is not right, but I think this way. The centuries will tell us if this so or not. Let’s see.

This isn't the first time that he has talked about retirement. In May, he said that he thinks that "Benedict XVI is not a unique case."

Despite these remarks, he's certainly not ready to meet his maker yet. Pope Francis mentioned an interesting book he'd read with the title, Rejoice That You Are Neurotic, and said, "One of the neurosis is that I am too attached to life."

Pope Francis Says He May Only Have A Few Years Left To Live, And Will Consider Retirement
Before He Was Pope: Jorge Mario Bergoglio 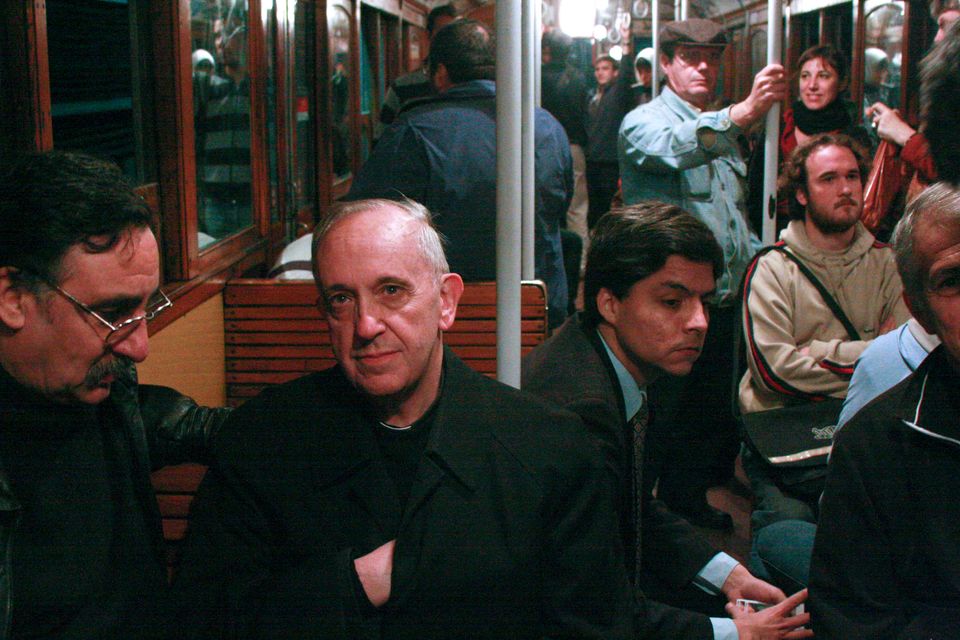