(Reuters) - Pope Francis said on Monday he would be open to retiring eventually like his predecessor, Benedict XVI, instead of ruling for life, adding that the concept of a "pope emeritus" could someday become normal in the Church

"I will do what the Lord tells me to do," he told reporters on the plane returning from a trip to the Middle East, when asked if he someday would retire if his health did not permit him to rule the 1.2 billion-member Church properly.

"I think that Benedict XVI is not a unique case. I think we should see him as an institution who opened a door, the door of emeritus popes," the 77-year-old pontiff said.

He said the fact that people were living longer had made the possibility of popes resigning for health reasons in the future more likely.

"Will there be more (papal resignations)? God knows, but the door is open," he said.

Benedict became the first pope since the Middle Ages to resign when he voluntarily stepped down in February last year. 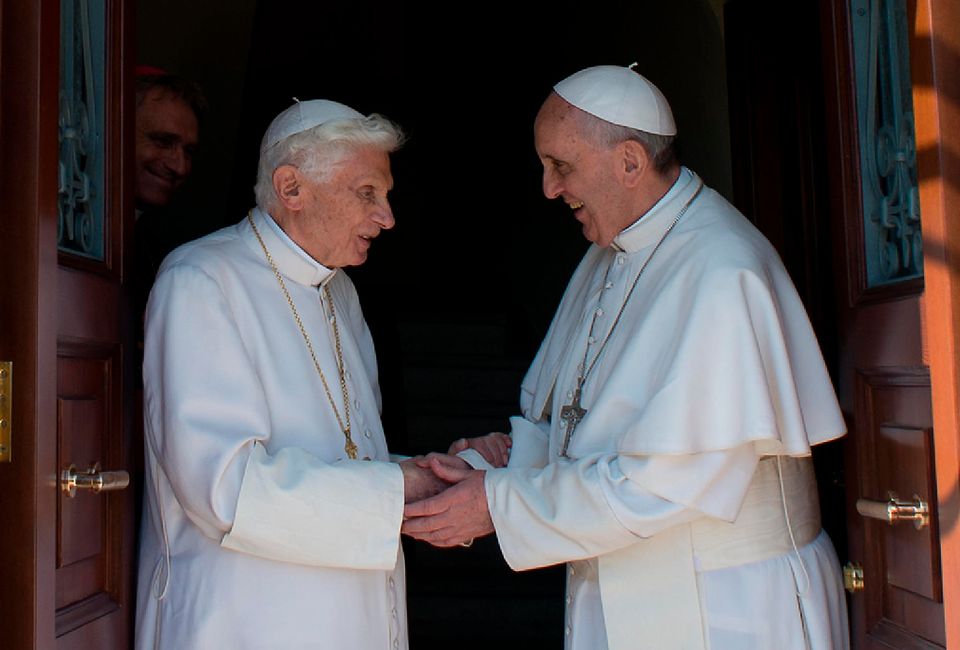 1 / 11
In this photo provided by the Vatican newspaper L'Osservatore Romano, Pope emeritus Benedict XVI, left, is welcomed by Pope Francis as he returns at the Vatican from the pontifical summer residence of Castel Gandolfo, 35 km South-Est from Rome, Thursday, May 2, 2013. Emeritus Pope Benedict XVI came home on Thursday to a new house and a new pope, as an unprecedented era begins of a retired pontiff living side-by-side with a reigning one inside the Vatican gardens. In background is archbishop George Gaenswein, prefect of the papal household. (AP Photo/Osservatore Romano, HO)
AP