Some 300 children at a Manila center for street kids got the surprise of their lives on Friday when Pope Francis showed up at their door.

The pontiff snuck in a visit to the Anak-Tnk Foundation in Manila's Intramuros district after celebrating Mass at the nearby Manila Cathedral.

Pictures of the visit showed Francis surrounded by children reaching out for his hand. In one photo, he was seated among them, smiling as he carried two younger children on his lap. 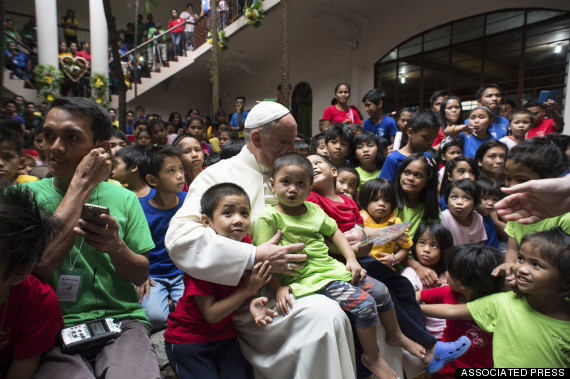 "This is awesome ... he gave me a huge warm hug," 10-year-old Alvin was quoted as saying in a statement released by Anak-Tnk.

Last September, the center launched a campaign called "Even us?" mailing thousands of letters to Francis in hopes that he could meet with the children.

"Those children, the poorest among the poor are for sure the most vulnerable victims of our society," the Rev. Matthieu Dauchez, the foundation's director, told Francis. "But they remain the masters of joy, as one can see on their smiling faces."

The center, founded in 1998 by a Jesuit priest, helps homeless children and those living in the slums. 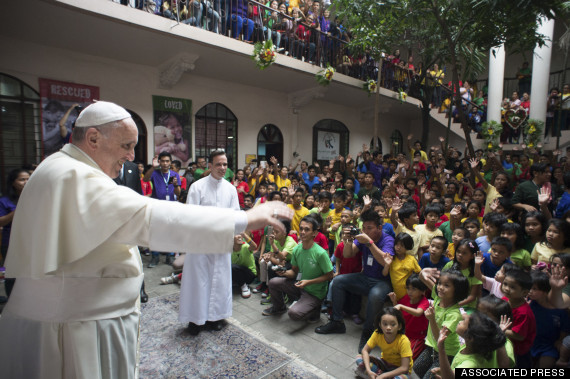 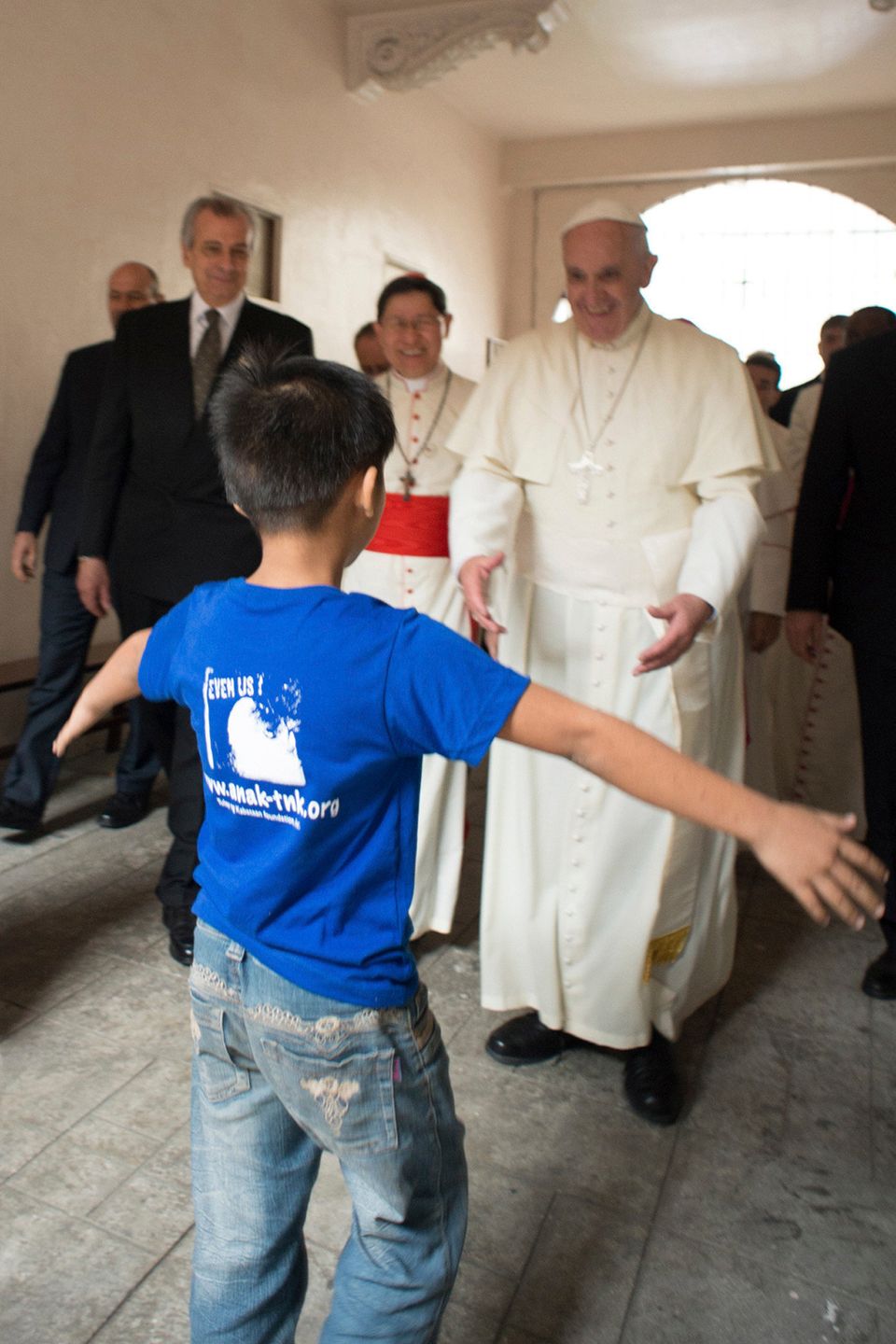 1 / 9
Pope Francis Visits A Center For Street Children In The Philippines
A young child comes in for a hug with Francis at the Anak-Tnk Foundation in Manila.
AP