Time magazine has named Pope Francis "Person of the Year" connecting the Pontiff with only two other Popes John Paul II, Pope John XXIII who have been given that title. In the 91 years of Time, there have been only five, now six, religious leaders who have been named Person of the Year; the other three being Rev. Martin Luther King, Jr, Ayatollah Khomeini, and Gandhi.

Rarely has a new player on the world stage captured so much attention so quickly -- young and old, faithful and cynical -- as has Pope Francis. In his nine months in office, he has placed himself at the very center of the central conversations of our time: about wealth and poverty, fairness and justice, transparency, modernity, globalization, the role of women, the nature of marriage, the temptations of power...

He is embracing complexity and acknowledging the risk that a church obsessed with its own rights and righteousness could inflict more wounds than it heals... For pulling the papacy out of the palace and into the streets, for committing the world¹s largest church to confronting its deepest needs, and for balancing judgment with mercy, Pope Francis is TIME's 2013 Person of the Year.

What Ms. Gibbs seems to be saying, is that Pope Francis is the religious figure that the world has been waiting for.

Everyone is talking about Pope Francis on- and off-line. I can't go to a party or meet with a friend without them commenting on Pope Francis -- he has captivated the imagination of the world in a way that I haven't seen before in my 50 years. Lapsed Catholic, atheist and people of other religions have all declared themselves a fan of this Pope. And, as a Baptist minister so have I.

But why? I think it is because he is so refreshingly different from what people have become accustomed to associate with religious leaders. Religious and non-religious people alike have been bitterly disappointed with the judgmentalism, the sectarian righteousness, the unabashed commercialization, banal spirituality and otherworldly concerns of so many religious leaders and their followers in all different traditions.

Pope Francis resonates with so many people because he actually lives up to the highest ideals of religion which challenges us to think both about our personal spiritual life alongside the concerns of the "other." Pope Francis is viewed as authentic, the real deal, a true religious leader because he proclaims a radical call to justice for those most vulnerable and peace between nations and individuals in this world within the framework of an orthodox religious faith. Pope Francis combines the the social gospel with personal piety in a complete package of the religious ideal.

While many local religious leaders live humble spiritual lives while preaching justice and performing charity in churches, synagogues, sanghas, temples, gurdwaras and mosques around the world, Pope Francis has done it from the highest pulpit in the world, preaching from the seat of power at the Vatican. His humility of lifestyle while leveraging the enormous power of that pulpit for good is part of why we love him so much. He speaks for many of us who wish to promote a positive, productive religious voice for justice in the 21st century, but who feel our voices has been drown out by violence, greed and enmity caused by too many religious figures and followers around the world.

HIs forthright statement like "Who am I to judge" gay people; acknowledgment that atheists can work alongside religious people for the common good, his outreach to people of other faiths, and his amazing critique of economic systems that leave so many in this world hungry and homeless have been like a salve for the global community.

I join the millions, perhaps billions, of people around the world who applaud Time magazine for their choice of Person of the Year, and extend my heartfelt thanks to Pope Francis who continues to inspire so many of us. 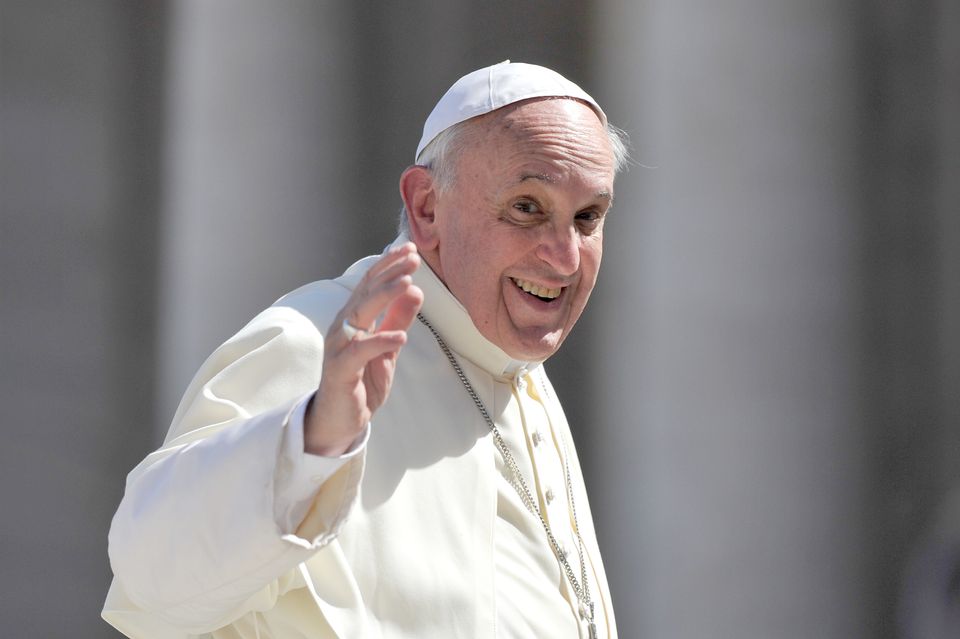