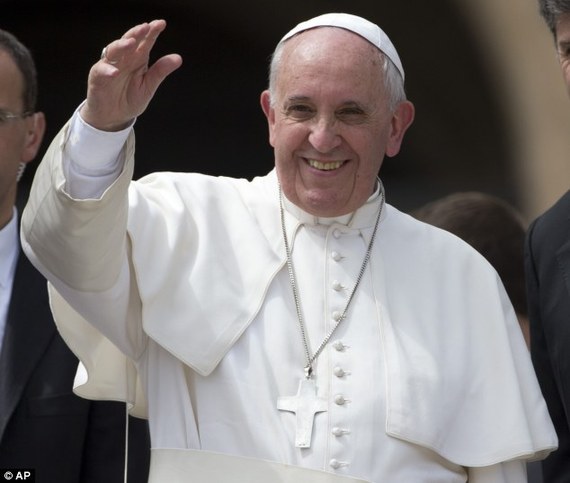 The fact that Pope Francis' visit to the United States dominated headlines was to be expected. What this surprising leader is achieving, with grace and eloquence, is something that no American leader in recent history has -- that is, to remind us that what made our country great was the call to something greater. America's history, its heart and soul, was forged in the belief that "all men are created equal," and deserve an opportunity to create a life built on liberty and the pursuit of happiness.

What this demure man in white robes shows through his thickly accented actions and words is that the challenges facing us today are not new enemies, rather they are the demons created by having lost our way. Our founders were escaping tyranny, longing for religious freedom and wanting equality. Through the strength of this vision and commitment to creating a society built on these ideals, we cultivated the soil that nourished the most successful nation in history.

As with any natural cycle what was once great must die to make way for the new; Pope Francis is reminding us that we don't need to cling to what no longer serves us, rather to look inside ourselves to the greatness that seeded our success at the outset. The ideals that our founders sought and so many other great Americans have stood for remain within us, although they are often not at the heart of what many political leaders today advocate. 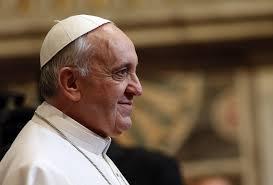 The United States' history is far from perfect. There have been errors, missteps and learnings along the way. We created great wealth that often comes at a high cost for those less fortunate, we conquered new frontiers by neglecting an ecosystem that sustains us and we built communities of immigrants while wanting to shut our doors to those not yet here. Rather than scold us for becoming the very thing we once wanted no part of, Pope Francis simply reminds us that our soul is not that of a pompous monarch, rather it is the enthusiastic, optimistic and knowing youth.

Americans possess the spark of democracy within us. We are the land of freedom and the home of the brave. Francis is calling us not to look out at the world and see what we can do to fix it, but rather he is asking us to look within and shift ourselves. Can we find the seeds of our own greatness, our country's greatness and then with these beliefs move forward? That is, face the future not as a stodgy old man trying to protect his material conquests, but as a youngster who believes that all things are possible, that the way forward is together and that the way we get there is by being our best and sharing it with others.

Pope Francis is officially the leader of the Catholic Church -- however in giving his best to the world, Catholics and non-Catholics alike, he is a leader for us all.