Forget snakes -- the pope on a plane is a sufficiently bizarre, and wonderful, sight.

On Monday, Pope Francis flew in the papal jetliner with his entourage and dozens of journalists to Quito, Ecuador, where he kicked off his latest South American tour. The flight proved to be a curious experience for some.

“It is a bit surreal to see the pope while hurtling across the sky at 30,000 feet," wrote Jim Yardley, Rome bureau chief for The New York Times, who is traveling with the pope through South America. "From a distance, I had watched him conduct the New Year's Eve vespers service at St. Peter’s Basilica, but to my straining eye in the giant cathedral he was just a small figure in white, at the center of things. Now he was six miles up and only a few feet away."

Yardley shared some photographs on Instagram of the sky-high encounter:

According to Vatican Radio, the pope greeted each of the 75 journalists aboard the jetliner during the 13-hour flight, “chatting and accepting the occasional gift.” He’s said to have wished those gathered a “pleasant journey,” and called journalism a “very demanding job.” 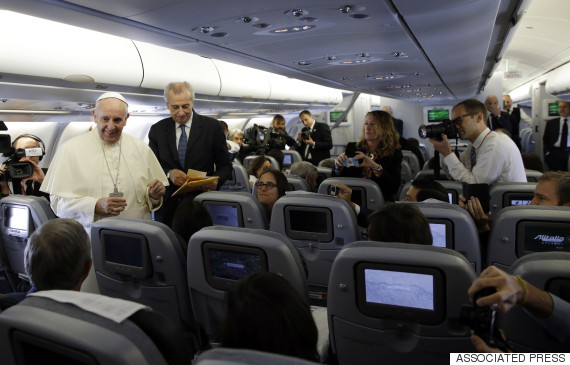 Pope Francis meets journalists aboard the papal airplane on the occasion of his visit to Quito, Ecuador, July 5, 2015. 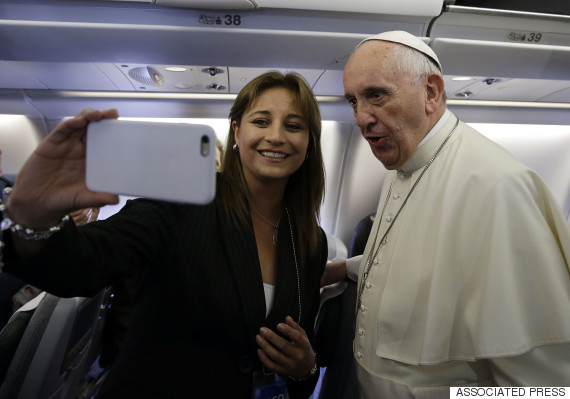 Bolivian journalist Priscilla Quiroga takes a selfie with Pope Francis aboard the papal airplane on its way to Quito, Ecuador, July 5, 2015.

Sharing a photograph of the outside of the papal plane, Yardley wrote that the pope “flies Alitalia,” referring to Italy's national airline.

“No frills for a no frills pope, other than he sits up front and we sit in the back,” Yardley wrote.

Francis’ South America visit, which will include stops in Bolivia and Paraguay, will last about a week. It is his second South American trip since becoming pope.

The Pope On A Plane, Captured In Photographs
Pope Francis Latin America 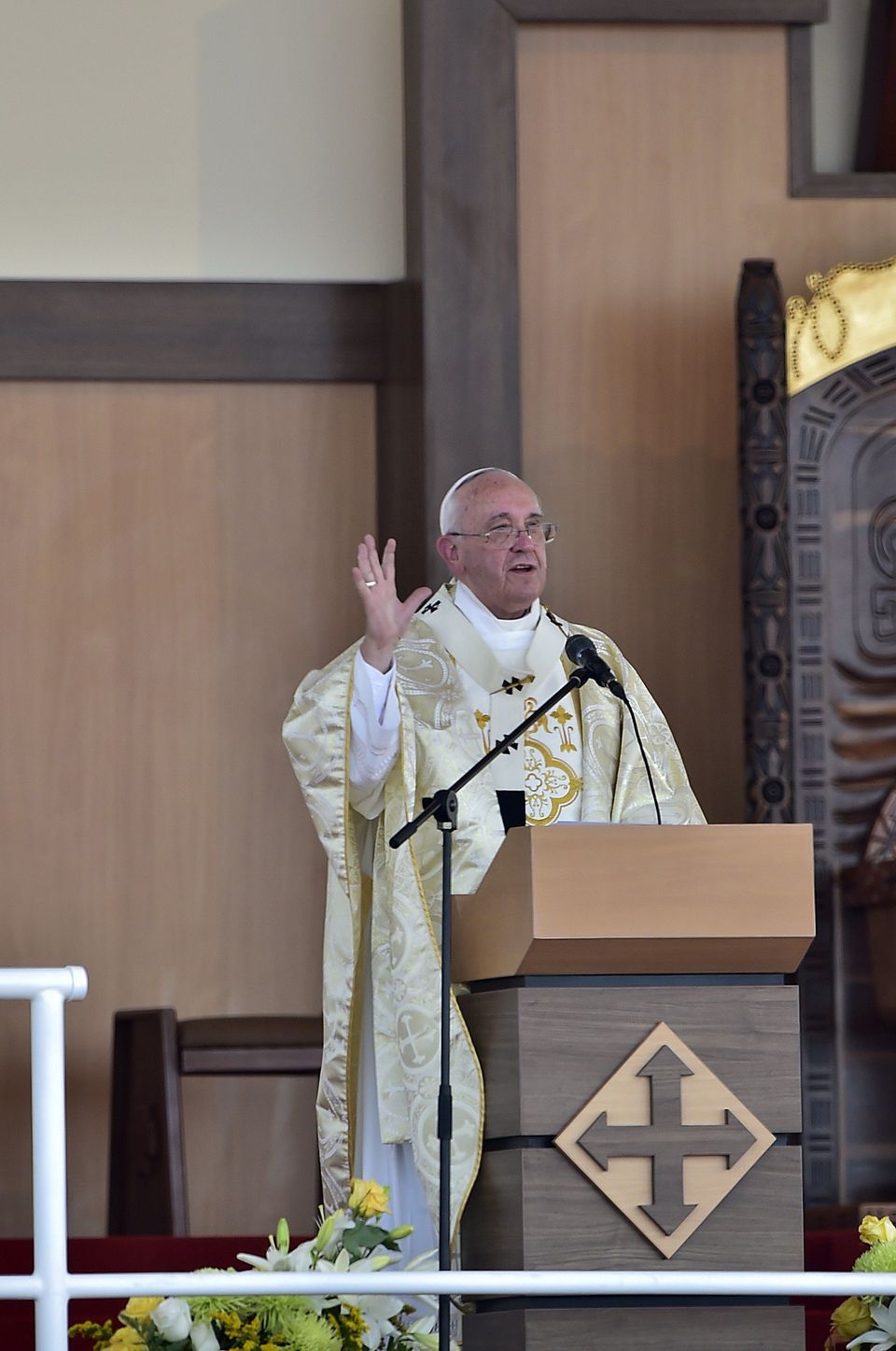 1 / 18
ECUADOR-POPE-MASS
Pope Francis officiates an open-air mass at Samanes Park in Guayaquil, Ecuador, on July 6, 2015. Pope Francis, in South America on a three-nation tour, will perform mass in Ecuador Monday, with more than a million faithful -- many of whom camped out overnight -- expected to attend. AFP PHOTO/RODRIGO BUENDIA (Photo credit should read RODRIGO BUENDIA/AFP/Getty Images)
RODRIGO BUENDIA via Getty Images