The Pope’s resignation is greatest reform in the Church since the Vatican Council II, a turning point. After Benedict XVI’s decision to renounce the Chair of Peter, nothing will be as it was before in the Holy See. There are both doctrinal and theological questions. And, in the meantime, there are practical, day-to-day questions, which are turning the Curia and the Vatican administration upside down. Curiosities have been unleashed with a passion. Father Federico Lombardi, a Jesuit and director of the Vatican Press, is often called upon to answer questions. 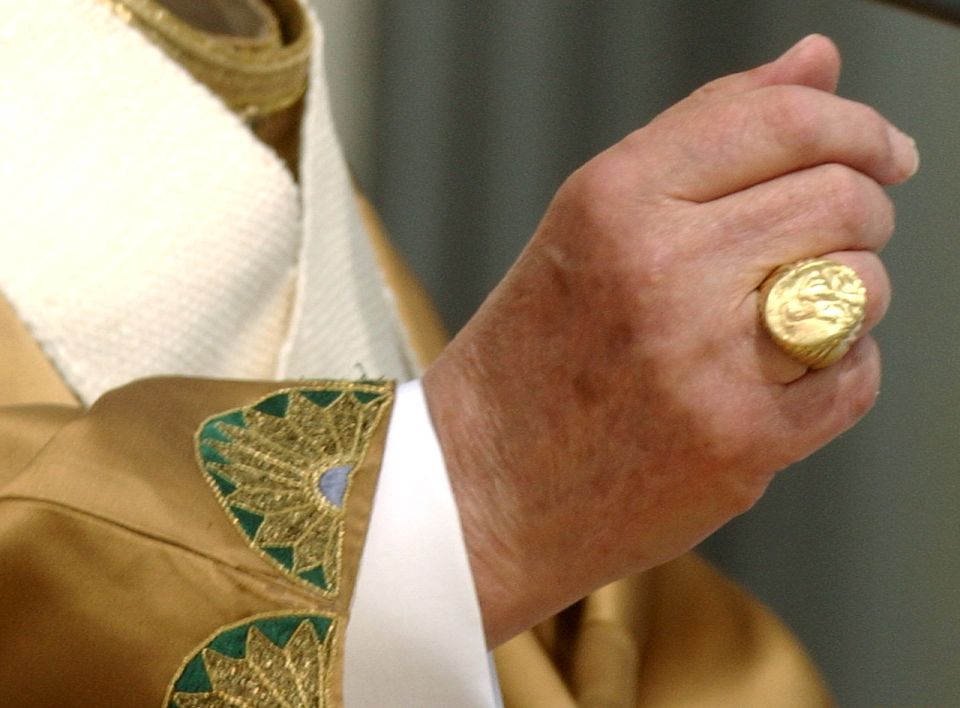 1 / 11
What will happen to the Pope’s Fisherman’s Ring?
It is one of the Pope’s symbols of “power.” He placed it on his finger after the election, he removed it every Good Friday during the recital of the Passion, and if, instead of giving up the papacy, he had died, his advisers would have seen to breaking it. The ring, like the seal that Pope Ratzinger uses on all his pontifical documents, is one of the never-before-encountered problems that the canonists and Vatican experts now have to resolve. The Fisherman’s Ring will be broken a few days after the resignation. The ceremony will not be public, and it will take place in the presence of the Camerlengo in a situation of vacancy.
AP