ROME -- On the cusp of the New Year 2014, I went to St. Peter’s Square to see and hear perhaps the only person in the world -- not counting Justin Bieber, Rihanna or the boys in One Direction -- able to draw an eager outdoor crowd of 100,000 on a chilly, drizzly, gray December afternoon.

It was Pope Francis’ first Christmas Day speech to the city and the world, and what I witnessed was a leader aware that he lives in an era of rampant digital disruption.

Here was a media-friendly new guy trying to reform and revivify an old structure of social (in this case, religious) authority by using the same communications media that threaten to “disrupt” not only the Roman Catholic Church, but every other traditional credentialing, validating or sanctifying institution on the planet.

How does a church founded on exclusive (and male) control of access to the Sacraments use the wild, any-to-any open architecture of the Internet to bolster its credibility?

Begin with an unassuming man who knows how to project that very quality and who grasps the paradoxically intimate, personal style demanded of a public figure today.

Framed by the most august of settings -- the crimson-draped balcony of St. Peter’s -- Francis spoke in warm and informal tones, as though your own devout, but worldly, favorite uncle had somehow won the pontifical lottery. Along the streets leading up to the square, vendors sold buttons and refrigerator magnets of Francis giving the thumbs-up.

Second, let the pope speak in simple terms and basic concepts -- what one seminarian who listened to him in the square called “radical simplicity.” No liberal on doctrine, Francis nevertheless tends to speak as if he were addressing the poor parishioners to whom he used to minister in Argentina, emphasizing love for the downtrodden, for economic justice, for pure faith in the redeeming power of Jesus.

Speaking to the adoring and the merely curious on Christmas Day, the 77-year-old Jesuit -- the first pope from his order and the first from the New World -- ad-libbed an invitation to “even nonbelievers” to join in the prayer for peace.

The comment rocketed around the world on the wires, websites and Twitter feeds. The Vatican’s English translation, available later, paved over the line with theologically safer language, quoting the pontiff as having reached out to “the followers of different religious confessions.”

It was a classic media-savvy move: going off-script to highlight the news Francis wished to make. Despite his age, he wants to tell the world that he is a new kind of media pope, who knows how to feed journalists and is also at home with the mechanics of social media, which the Vatican is now beginning to use in earnest.

The pope has a long way to go to reach the Katy Perry-Justin Bieber level. He has just 3.5 million Twitter followers; they have 49 million and 48 million, respectively. He has a mere 463,000 Facebook "likes" and only 16,000 followers on Instagram (and another 20,000 followers on a fake Francis account). On the other hand, he has only been pope since March.

The Vatican is actually far behind other places in the vast domain of the 1.2-billion-member church. Priests, parishes and orders, especially in the United States, have long since adopted aggressive new-media strategies.

The late arrival of the papacy to social media is an anomaly in the history of Christianity. The Catholic Church has always used the sales tools of its day. The earliest Christians carved community-building symbols on walls and streets. The word “icon” for most of its history was associated with pre-Reformation Christianity, not with computer screens. And popes through the ages employed the best artists to fashion masterpieces that would instill a sense of awe and devotion in the hearts of the public.

“I’m glad that the pope is using every communications means he can, and it’s about time,” said Monsignor Anthony Randazzo, the deacon of a seminary in Brisbane, Australia. He was in the square on Christmas Day with a group of his seminarians.

“Francis' message of radical simplicity is perfect for the age of social media," Randazzo said. "He isn’t just offering the message of Christ. He is doing what Christ himself did, which was to take the message to the marketplace, to where the people are.”

True, though there are risks.

There is no way to prevent all the attacks and insults that might attach themselves to papal social media; the threat of unholy hacks is real as well. In the comment section for one Instagram picture of Francis comforting a young boy, a critic wrote, "Poor, innocent boy. He will soon find hell is better." It's not clear how much tolerance the Vatican will have for this kind of thing -- or worse -- especially given that the Catholic Church is not known as an advocate of free and untrammeled speech.

Francis is also raising hopes that must be translated into results on the ground. He made news by giving a major interview to the atheist founder of La Repubblica, a leading left-center newspaper (and Huffington Post partner). It was another savvy move, yet the church will be measured not just by his words but by resources spent, and spent wisely, on poverty around the world.

The interview was one of several moves likely to generate a backlash from conservatives in the church. Francis will have to prove as skillful at the inside game as he has been so far at the outside one.

It all sounds a little familiar to a visiting American: a media-savvy outsider comes to town intent on using his cutting-edge communications skills to turn the capital upside down, only to stumble more than once over the harsh realities of his opponents' power and a general fear of change.

Still, President Barack Obama had to run for reelection. Pope Francis can have his job for as long as he likes and lives. 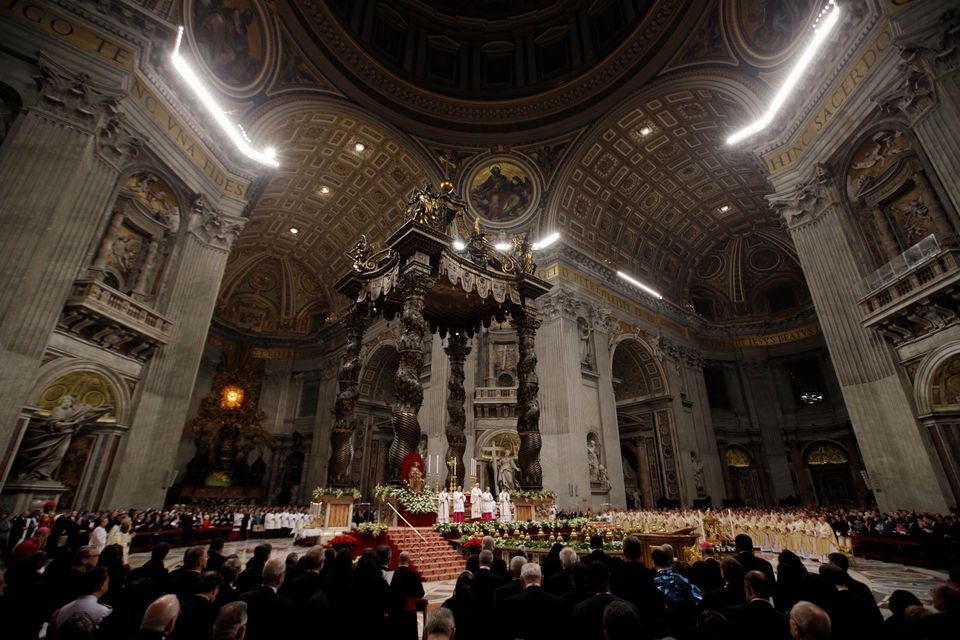