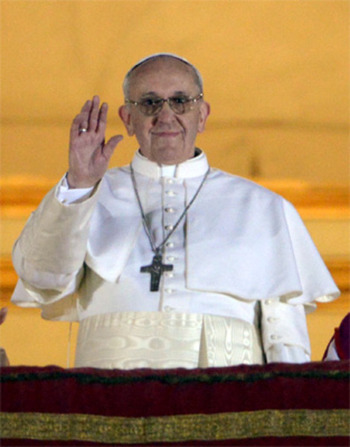 A global wave of prayer will start at noon on Tuesday, December 10th on the Pacific island of Samoa. The prayer will move through each time zone for the next 24 hours.

The public is asked to become a voice for the hungry. There are 842 million people worldwide who suffer from hunger. Children perish each day because they cannot get food, even though there is enough on the planet.

Catholic Relief Services (CRS), in its 70th year, will play a leading role along with Caritas International in the campaign.

CRS emerged during the darkest hours of World War II, when civilization had seen the greatest level of devastation. They lit a candle with caring and generosity to light others and change the world.

The mission was clear. From the Philippines to Austria, there was widespread suffering from the war. Relief had to come quickly. There was also the need to rebuild as millions were left hungry and homeless long after the guns of World War II fell silent. The catholic community came up with a plan called, "Give Thanks by Giving."

When the holidays came, churches were not just for services, but also collection points for canned goods and monetary donations. Supplies were then shipped overseas to the starving.

CRS, then known as War Relief Services or Catholic Welfare Conference, got its start. During the Korean war CRS aided refugees. Ever since that time, CRS has been coming to rescue those in need.

At this very moment, CRS is providing aid in the Philippines following Typhoon Haiyan. They are putting up emergency shelters for those who lost their homes to the high winds and flooding.

In Mali, CRS is feeding children with meals at school, thanks to a grant from the US McGovern-Dole Food for Education program. Mali has been through drought and conflict just within the last year.

In Burkina Faso, CRS is also using grants from the McGovern-Dole and Food for Peace programs to provide school meals. CRS looks at the long-term. Local production of food is an element of the Mali and Burkina Faso programs. In the long run communities must be able to stand on their own. That is the right approach to ending hunger.

Both Food for Peace and McGovern-Dole need funding on the coming Farm Bill legislation. It is absolutely critical to support these U.S. government programs to end world hunger. The public can make this loud and clear to their elected officials.

Food for Peace is the largest support of the UN World Food Programme (WFP), which is the largest hunger relief organization. WFP is providing food to Syrian war victims and millions of others around the world. In the Democratic Republic of the Congo, they are feeding the hungry. This may soon tragically stop because of lack of funding.

To end hunger you must build peace. And to preserve peace you must end hunger. This is an area CRS specializes in. In South Sudan, CRS has a food security program in the state of Jonglei, a region that has been through immense conflict and hunger.

Gabriel Kuereng, a CRS field coordinator, explains, "The war left us in bad shape. We still think that this community did this or this community did that. We need the government to intervene and help us forgive each other. We need to build an identity of nationhood where we all say we are South Sudanese -- not 'I am a Dinka or I am Nuer.' When we reconcile, cattle raiding will stop, because we will not blame others."

There is far more that binds religions and faiths than divides them. All share the goal of feeding the hungry. The famous European Relief Council following World War One was made up of many different religious groups.

Sara Fajardo of CRS talked to a farmer in South Sudan, Zakariah, who said, "Working together, we've realized we produce more as a group. We can produce something that can be taught to many people. We have a saying... 'If you have one stick, it is easy to break. But if you have a bundle of sticks, it is hard to break.' That means when you bring a group of people together, you become very strong. It is hard to break a group."

True for South Sudan and true for the world, as we embark on the quest to defeat man's ancient enemy of hunger.