A precise, wise and great director orchestrated the video of Benedict XVI's flight toward oblivion. The inexorable trajectory of the helicopter in front of the background of a majestic and exhausted city, the hypnotic hum of the blades as the only noise, accompanied by the bells of Rome, which tolled the newly Vacant Seat -- for the first time, joyfully.

The setting and the details transformed the great historical event in a great media event, which was absolutely not a given.

It often happens, in fact, that the cornerstones of universal history do not coincide with the cornerstones of TV history. As Italian writer Giovanni Sartori recalls in his book "Homo videns," the audience of the Tiananmen Square uprising far exceeded that for the fall of the Berlin Wall, although the importance of the second event cannot even be compared to the first. This is because the Chinese revolt, with its famous protestor standing alone against a column of tanks, was more "telegenic" than the collapse of the Wall.

Even Pope Benedict's last day, despite its historical importance, could have passed by quietly from a media point of view and, therefore, not imprint our collective memory. At the end of the day, the resignation of the pope is only a legal act that belongs to the world of invisible things and, as such, not to television.

Instead, Ratzinger wanted to transform it into a spectacular event, a masterpiece of the science of communication that would be immortalized in the global infosphere.

Indeed, it is possible that the entire momentary transfer operation to Castel Gandolfo before his resignation had the sole purpose of symbolically sealing the end of Joseph Ratzinger's reign, and deliver it, duly filmed and "post-produced," to eternity.

Undoubtedly, this is the result of the Catholic Church's study of mass media, which use it strives to improve daily. Because the intersection between media and religion continues to prove itself to be the main area that everyone -- believers and non-believers, scholars and ordinary citizens -- will have to learn more and more how to reconcile. 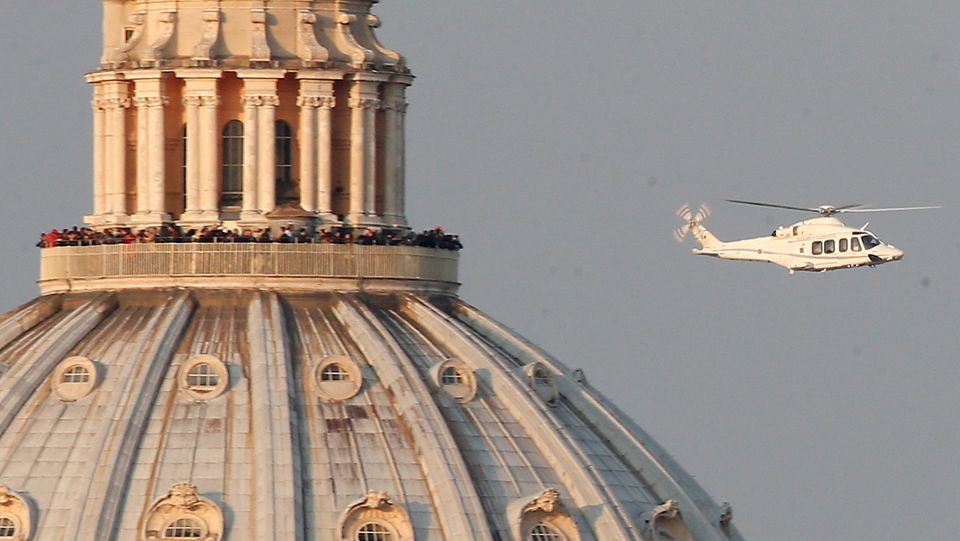 1 / 17
A helicopter with Pope Benedict XVI onboard leaves the Vatican in Vatican City, Thursday, Feb. 28, 2013. The 85-year-old German Pope Benedict is stepping down on Thursday evening, the first pope to do so in 600 years, after saying he no longer has the mental or physical strength to vigorously lead the world's 1.2 billion Catholics. (AP Photo/Michael Sohn)
AP