In honor of the 100th anniversary of World War I, the historic Tower of London has been transformed by a massive art installation.

Titled "Blood Swept Lands and Seas of Red," the expansive piece brings 888,246 ceramic poppies to the property of Her Majesty's Royal Palace and Fortress. Appearing like a blood-red moat around the castle, the poppies pay tribute to the Great War's fallen troops. 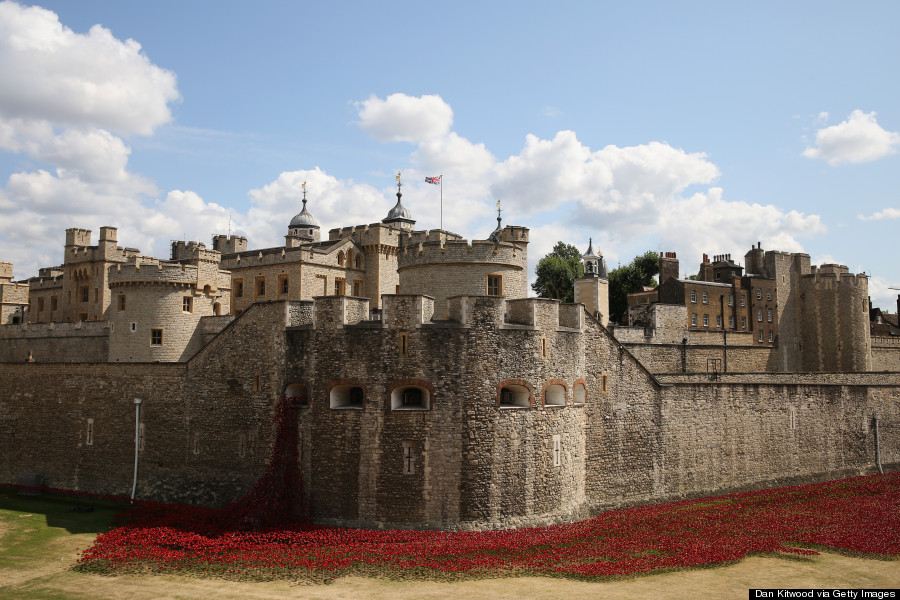 Created by artist Paul Cummins, the poppy installation will be on view from August 5 -- the day Britain became involved in the First World War 100 years ago -- until November 11, or Armistice Day. Throughout the installation's run, the names of 180 WWI soldiers who died in battle will be read out in a Roll of Honour. According to the Historic Royal Palaces, members of the public can nominate a name using a weekly first come nomination system.