MELBOURNE (Reuters) - A pigeon has been pinching poppies from the Tomb of the Unknown Soldier at Australia’s national war memorial in Canberra and using them to build a colorful nest in the lead-up to Remembrance Day commemorations.

The pigeon has created the nest with the red flowers under the soft light of a stained glass window at The Australian War Memorial, the West Australian newspaper reported.

The poppy is a symbol used by Commonwealth countries to recognize the sacrifice made by armed forces members who have died in the line of duty.

“The wounded soldier symbolizes the defining quality of endurance, and the nest of poppies nearby is a poignant reminder of the powerful bond between man and beast on the battlefield,” a War Memorial spokesperson told the West Australian.

Remembrance Day is commemorated on Nov. 11 each year. 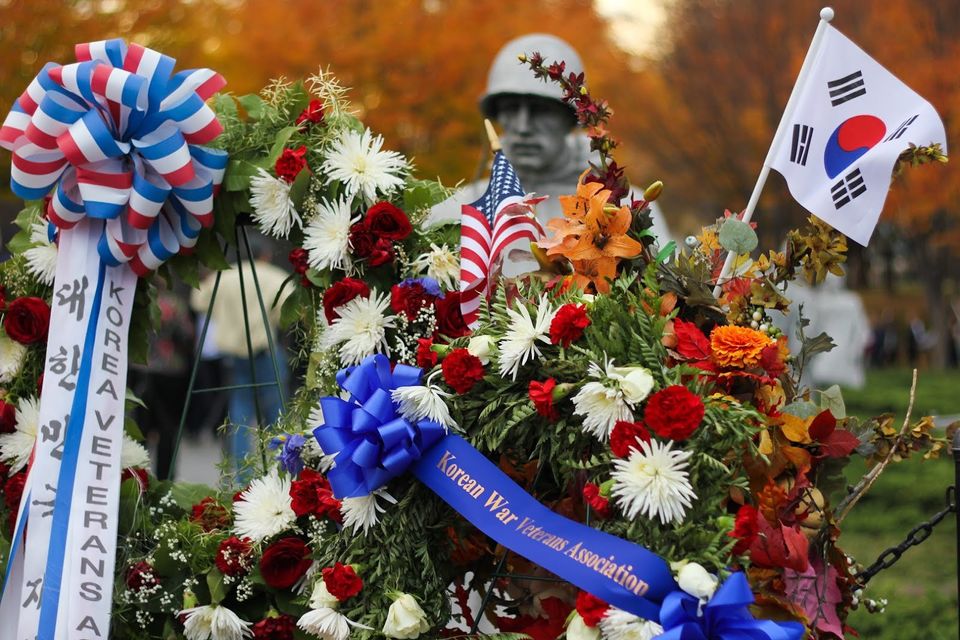