Adults drink craft beer brewed in small, careful batches. The watered-down cheap stuff, sold at both the grocery store and the gas station, is reserved for frat bros. Right?

Not really. Americans love beer, but when it comes to taste, they like it light and, well, all-American. VinePair, a site dedicated to booze (and the same site that produced the app that tells you which kind of wine to drink with your pizza) revealed that only three imported beers lead sales in the States. Bud Light wins the sash and crown; $5,946,766,000 of the lager was sold in 2013, ranking No. 1 in the popularity contest. See if any of your favorite suds made the cut in the infographic below. 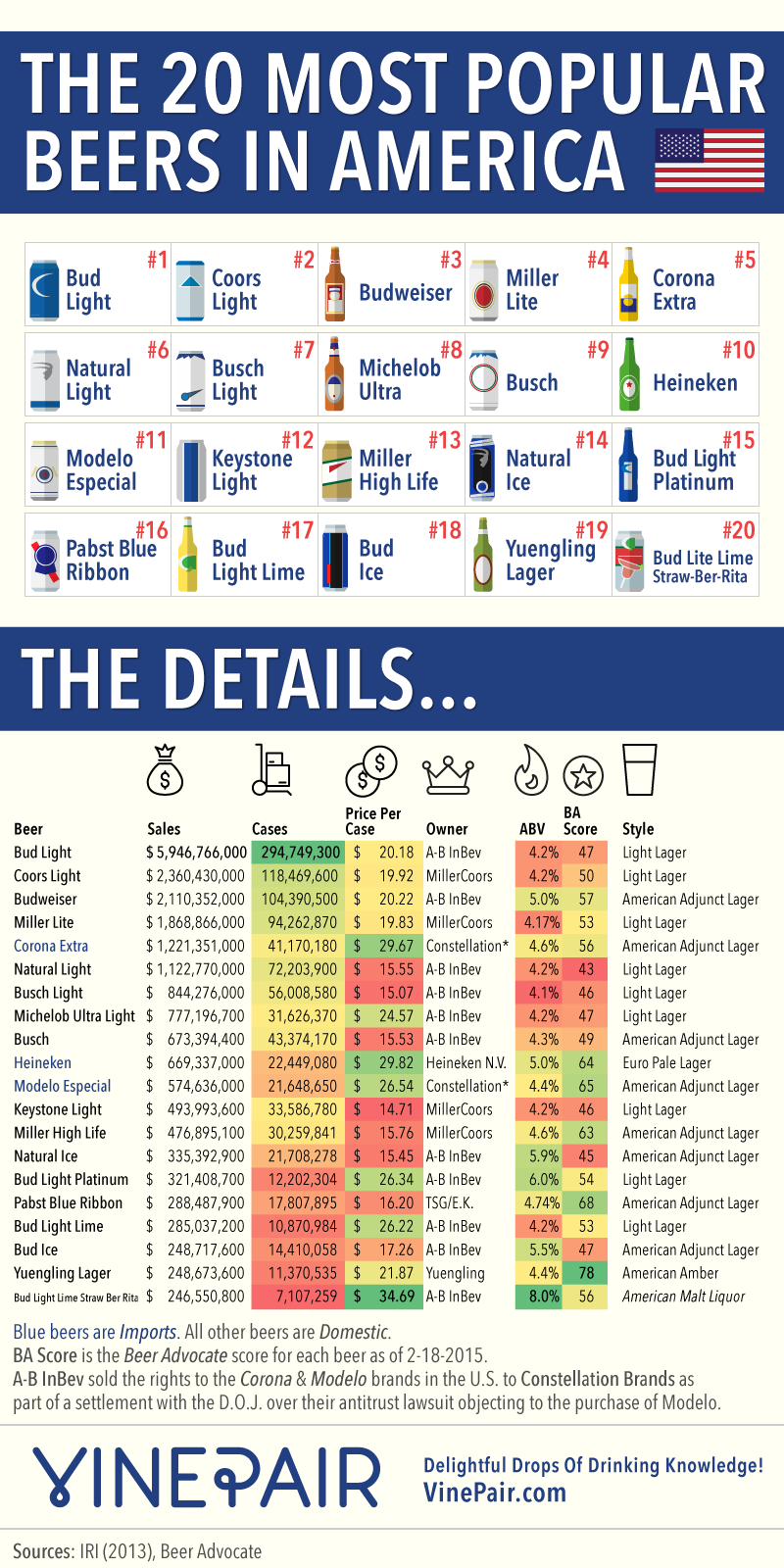