The total number of cosmetic procedures performed in the United States by plastic surgeons has nearly doubled since 2000. Surgeries are on the decline, but minimally invasive procedures — such as Botox injections and chemical peels — are on the rise, up more than 120% over the same period.

Last week, the American Society of Plastic Surgeons (ASPS) released its annual report on cosmetic procedures in 2011. 24/7 Wall St. reviewed the report to identify the most commonly performed plastic surgeries in America.

In the past year, plastic surgeons performed nearly 14 million cosmetic procedures, including over 1.5 million surgeries, with total surgeon fees exceeding $10 billion. Though minimally invasive procedures account for nearly 90% of the procedures, surgical procedures cost significantly more and, as a result, account for more than half of surgical fees.

Overall, cosmetic surgeries have become safer, more efficient and relatively cheaper. Generally done in an outpatient setting — in a doctor’s office or surgical center — they frequently require no overnight stays in the hospital.

The most frequently performed cosmetic procedures are not surgeries at all. The most common, the botulinum toxin type A injection — best known as Botox – is used to smooth skin by relaxing facial muscles. These injections were performed more than 5 million times in 2011, up from less than 800,000 in 2000. The second most common procedure uses products like Restylane, hyaluronic gel injections which “plump” and “fill” wrinkles, and was performed 1.9 million times, up from 650,000 in 2000.

In an email interview with 24/7 Wall St., ASPS President Malcolm Z. Roth MD explained that minimally invasive procedures provide an alternative to patients who may not be candidates for face-lifts or liposuction. “Patients want quick fixes with minimal or no down time,” he said. Using fillers like Restylane and neurotoxins like Botox, plastic surgeons “can offer dramatic improvement for many with less risk, cost and down time.”

While some surgical procedures are down, surgeries performed to “lift” or “tighten” a certain area of the body have risen dramatically since 2000. Upper arm and lower body lifts, two surgeries that are not in the top 10, increased approximately 4,000% in frequency. Similarly, breast lifts and tummy tucks increased by roughly 75% over the same time period. These rises are, according to Dr. Roth, largely due to the increased prevalence of bariatric, or weight loss, surgery over the past decade.

Almost every cosmetic surgery experienced a major dip during the first two years of the recession, and only a few have recovered to their prerecession numbers. “While the rate of economic recovery in the U.S. is still uncertain, 2011 proved to be a good year for plastic surgery,” said Dr. Roth. “Consumer confidence was up, auto sales rose 10 percent, so it is not surprising that we would also see increased demand for plastic surgery procedures.”

These are America's most popular plastic surgeries: 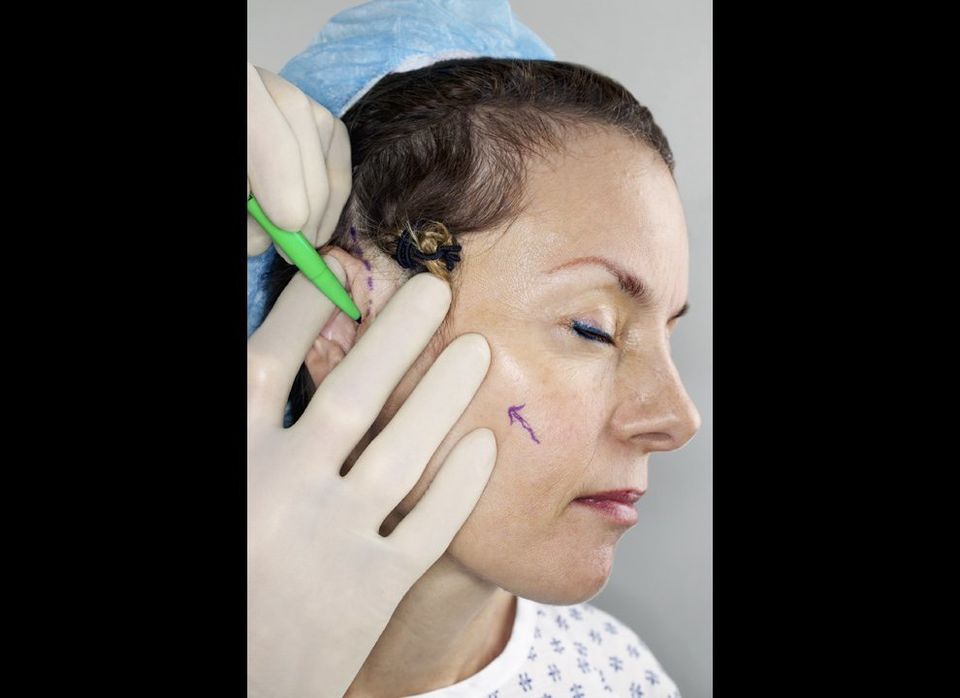 1 / 10
10. Ear Surgery
No. of procedures: 26,433 Total expenditure: $83.2 million Average surgeon's fee: $3,148 Change in prevalence since 2000: -27% Ear surgery is performed to reshape ears that are too small, too large, too far out from the head or deformed in some other way. As with plastic surgery overall, there has been a large decline in the number of ear surgery procedures since 2000, decreasing 27% over the 12-year period. While ear surgery was not in the top 10 in 2000, its rise to the tenth spot is rather the result of the decline in popularity of two other procedures, hair transplantation and breast implant removal, than an increase in its own popularity. Read more at <a href="http://247wallst.com/2012/04/23/the-most-popular-plastic-surgeries-in-america/#ixzz1stBnKhtI" target="_hplink">24/7 Wall St. </a>
Getty Images