When mom Marisol Correa went shopping at a Halloween store with her kids recently, she said she was saddened, but not altogether surprised, to see that many of the costumes were essentially racist stereotypes.

It's this lack of positive representation that photographer Eunique Jones Gibson is seeking to address with her project, "Por Ellos, Sí Podemos." Gibson photographed 31 Latino kids ages 2 to 14 for an empowering series that pays tribute both to the trailblazers who broke ground for the community and to the kids who will one day pick up the reins.

Three of Correa's kids took part in the project. The eldest, 7-year-old Alyssa, was cast as broadcast journalist Soledad O'Brien. Correa told The Huffington Post the little girl was transfixed when she saw the picture and learned the story of the woman was representing.

"She looks just like me!" she said Alyssa exclaimed, pointing toward the curls in her hair that matched O'Brien's. 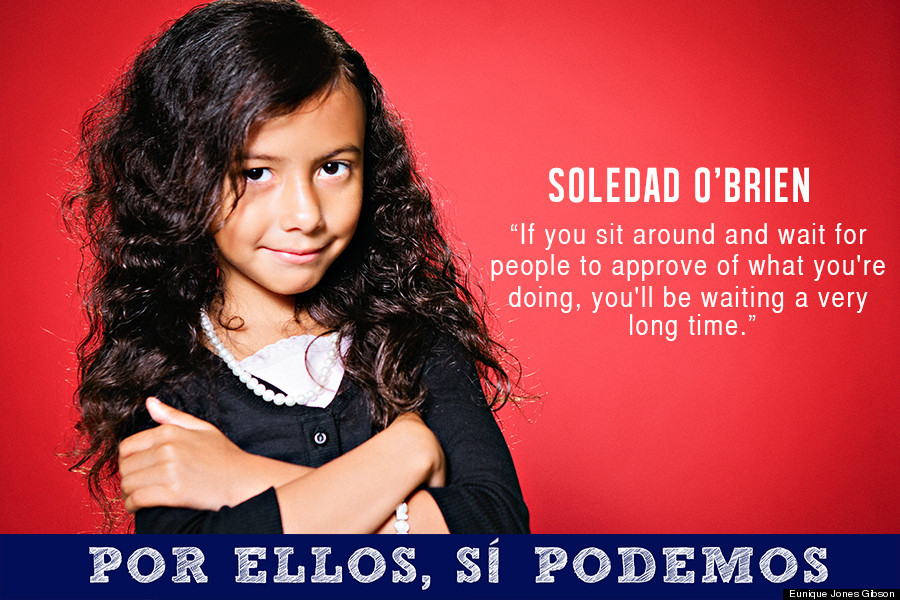 Gibson introduced the project on her blog Sept. 15 to coincide with the start of Hispanic Heritage Month, which runs until Oct. 15.

"Por Ellos, Sí Podemos" was inspired by the success of Gibson's original "Because Of Them, We Can" photo series, which featured children as black history figures that might not receive their due attention in Hollywood and in classrooms.

"[There's an] absence of positive images that really uplift the culture and people within the black community... I wanted to continue it because I wanted all children to have positive examples of faces that they could look toward, that they could relate to every day," Gibson told HuffPost of deciding to extend the scope of her original mission with "Por Ellos, Sí Podemos."

"They're being inundated by these messages that our children do not deserve to hear day after day after day," she said. "So how can we refute that and create a message that counters that and provides a positive outlook for the children that are receiving these things on a day to day basis?"

Gibson's photo series has proved effective in combatting the negativity, both online and in real life. She says that teachers have even contacted her about using the photos as a way to discuss Hispanic Heritage Month in their classrooms.

"It is a movement and my full-time mission at this point. As long as there are trailblazers past and present to highlight, stereotypes to refute and children to inspire, you can count on seeing these images," Gibson told Mashable.

Check out the kids -- dressed as Oscar de la Renta, Eva Longoria, Carlos Santana and more -- in the series below.

Latino Voices Eunique Jones Gibson Family Because Of Them We Can

This Photo Series That Shows Adorable Kids As Latino Heroes Is Challenging All The Stereotypes
Por Ellos, Si Podemos 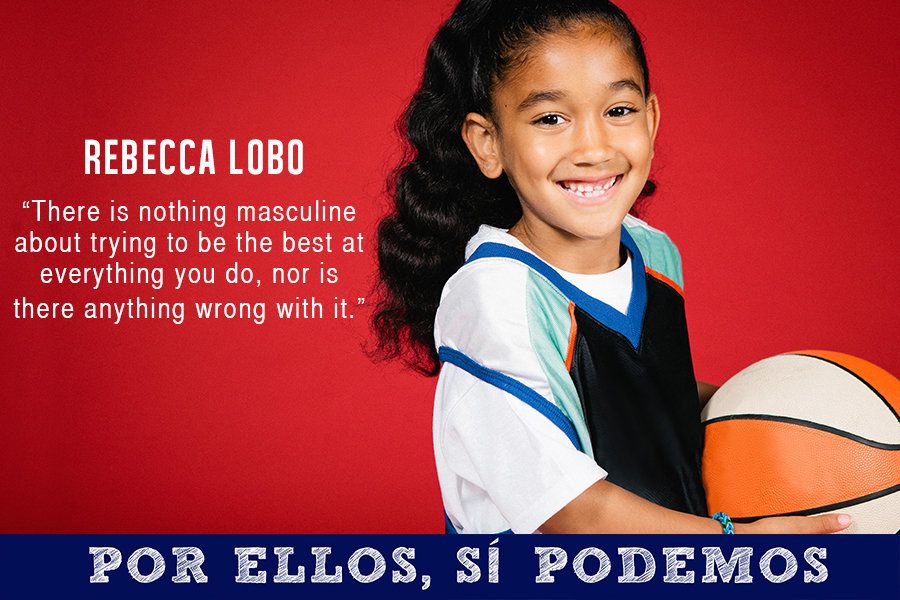