"That was kind of challenge, how to shoot them in a way that not necessarily hasn't been done before," Kisby, a Texas native who now lives in Brooklyn, New York, and photographs everyone from celebrities to crowds at EDM shows, told The Huffington Post Monday. "These are people who are photographed constantly. How do I make something a little more genuine and authentic?"

So Kisby decided to shoot portraits of the adult actors and actresses, all from different ethnicities and backgrounds, while they were topless for his series "Head." Yet the nudity was not gratuitous. 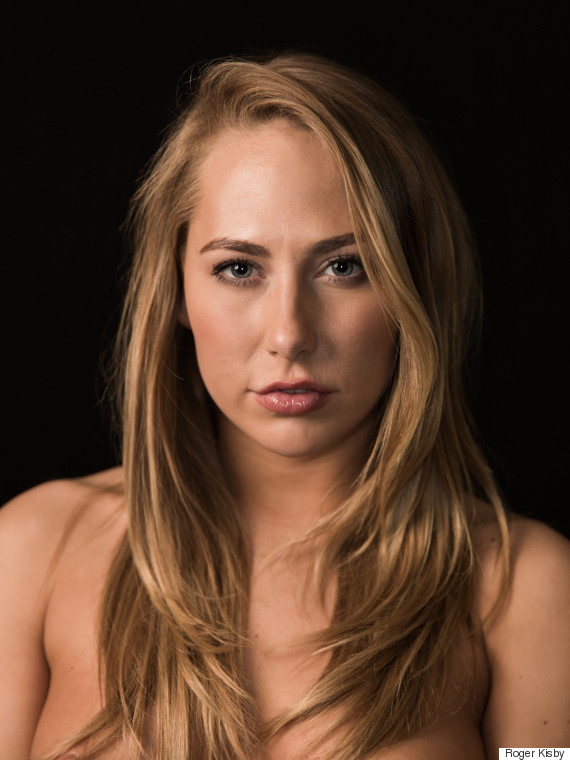 Although Kisby had to shoot most the portraits quickly in a corner of the convention center and did not have time to sit down with the stars to get to know them, he sought to capture an intimate authenticity.

But, ultimately, Kisby discovered they are just like us.

"They're just twenty-something girls," he added. "Some of them are in college. One of them is reading Joseph Conrad."

Check out more photos below, and on Kisby's Instagram and Tumblr.