Under Measure B adult film producers must obtain a health permit before filming and performers must use condoms while engaged in sex. It also calls for health officials to be on working sets.

Violators would be subject to fines and criminal charges.

"We're not mocking safe sex," Deen stressed to The Huffington Post. "It's supposed to be a satirical look at government interference."

James Lee, chief spokesman for the No on B campaign, appreciates the importance of promoting safe sex, but he argues that the proposed measures could screw the industry financially.

Lee said the industry now does a good job policing itself with rules that requires performers to get tested every 14 to 28 days "so far beyond what other industries are doing."

"No other population is tested more frequently except convicts," he said.

This caused the whole industry to shut down. Although that would seem to make a case for laws such the one proposed in Measure B, Deen thinks the industry reaction to the outbreak actually proves the current policy is working.

"What other industry shuts itself down if there's a scare?" he said. "McDonald's doesn't shut down if someone gets sick from a hamburger. The NFL knows the head gear is not designed to withstand the concussions suffered by players, but it doesn't shut down."

Drake believes the outbreak showed that the system for containment and tracking exposures worked, but adds that "crisis is opportunity for growth and change" and the testing has become more rigorous since then.

Drake considers herself a unique spokeswoman for the No On B campaign she is under contract to Wicked Pictures, which makes condoms mandatory for all films.

She admits the policy has hurt the company's bottom line the way that Deen suggests, but the company thrives, in part, because "perseverance" and because Wicked's films are plot-driven and cater to couples.

"We're not mocking safe sex," she told HuffPost. "But we want to show that things will definitely change."

She recently wrote a piece in The Daily Beast saying the proposed law makes sense, even if it isn't "sexy."

Deen considers Snow to be a good friend, but finds her argument illogical.

CORRECTION: An earlier version of this story inadvertantly attributed quotes made by James Lee to James Deen. The story has been updated to include new quotes by Deen and properly attribute Lee for his quotes. An earlier version of this story implied Jessica Drake thought the recent VD outbreak was a good thing. That was incorrect. She said that the outbreak proved the existing measures worked. The story also incorrectly stated that Wicked's condom-only policy hasn't affected their bottom line. Drake said it had but that the company has persevered in spite of that. 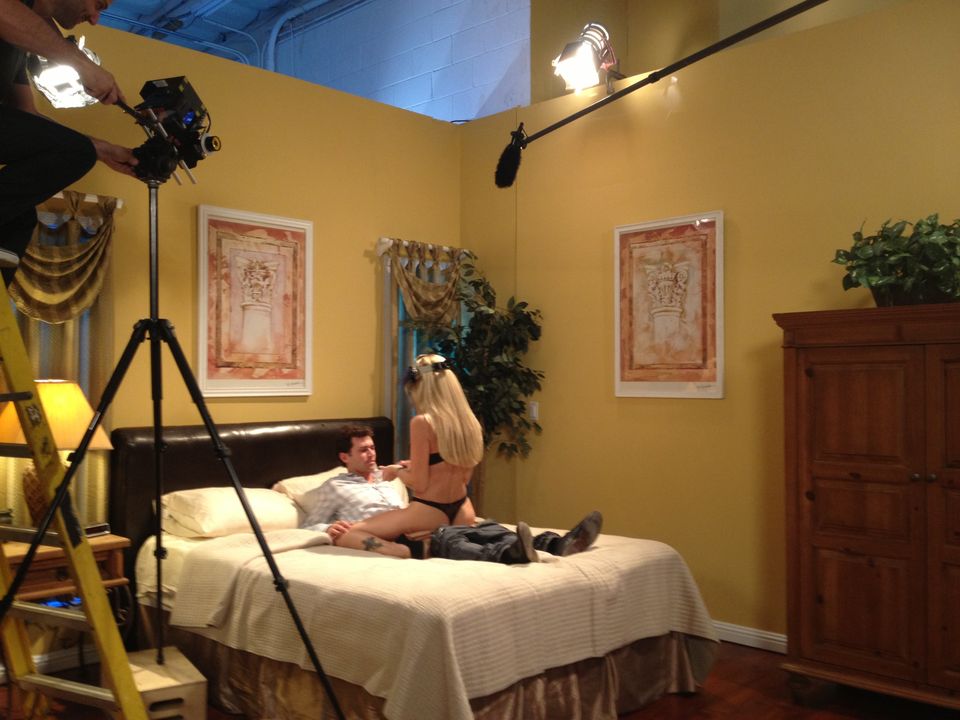