Helping the planet really couldn't get any easier this year, thanks to a cheeky new reforestation campaign from Pornhub.com (SFW link). 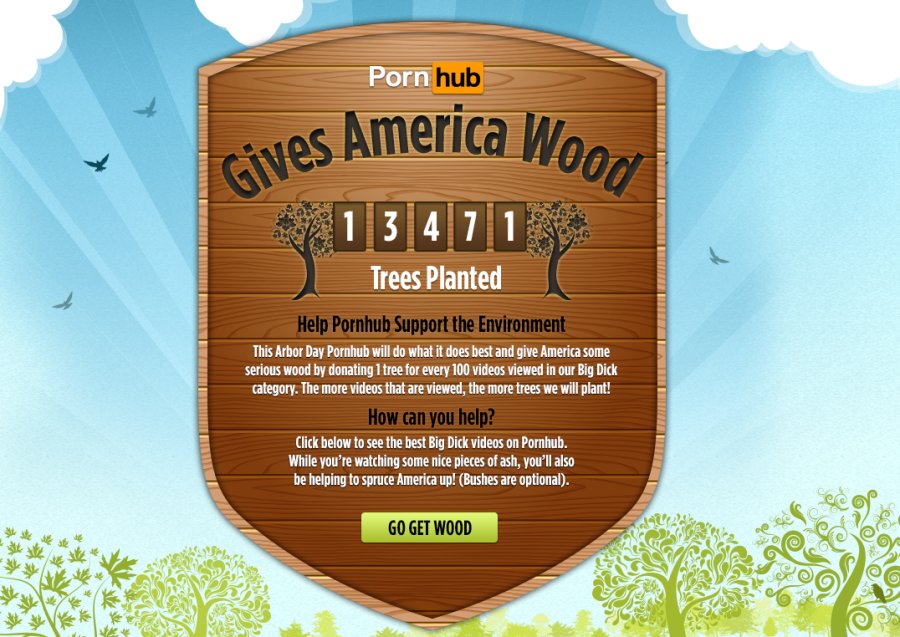