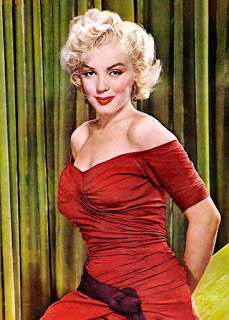 Objectification is a much maligned intention. Everybody resists the idea of being objectified. Certainly feminism rails against the objectification of women, though few feminists express equal concern about the objectification of fetching looking studs. One of the objections is that by singling out a women on the basis of her looks you're turning her into a piece of meat, something that's not better than a hamburger. Even models complain about being enslaved to their good looks. They want to be loved for their minds as well as their bodies. But isn't this the point? Isn't everything an object? Let's say we ignore the allure of beauty, what then do you do about a beautiful sensibility? How do you handle the person with a horrible external appearance, but a beautiful core? If you love the Hunchback of Notre Dame for his mind, are you not still objectifying his inner self? Get out. Once a person fails to meet up to the highest standards of physical beauty, you go down a list which includes brainpower and sensibility. However what makes these other qualities less examples of objectification say tits and ass or in the case of a male, well developed pectorals and a bulging package downstairs? You're locked into your mind as well as your body and what the two have in common is that there's no way out.