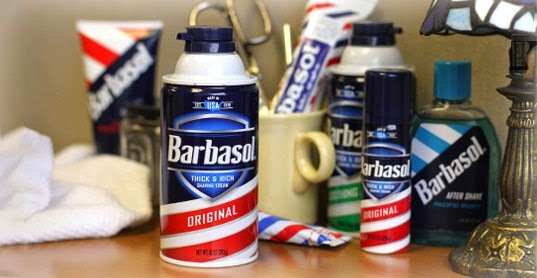 Remember when women used to shave their legs--and other parts? Now that Brazilian or bikini waxing is waning, old fashioned shaving is experiencing a renaissance for those who don't want to remove body hair forever. Before the advent of electric razors, shaving commercials filled the broadcast waves. You'd see an actor's face covered with Old Spice, Palmolive or Barbasol and Schick and Gillette amongst others would provide the blades. But imagine today's unisex commercial. A young man or woman is going to the beach and they want to get rid of all that dreaded pubic hair that sticks out of their tight fitting swim suits. Instead of a face full of cream you will see a crotch looking like Santa Claus's beard. If it's hard to imagine a man or woman spreading their legs and lathering up their gonads for a shave on TV, look no further than the recent Swim Suit issue of Sport Illustrated where the model Hannah Davis freely exhibits what was previously considered one of the most private parts of the female anatomy, the mons pubis. Now with Brazilian waxing confining itself to Rio, try to envision a whole new generation of ads exhibiting well known porn stars like Stoya and James Deen scraping aside the cream as they perform a new version of the shaving portion of the three S's in totally conventional settings with dogs barking and spouses calling out things like, "where are you, your breakfast is getting cold" and toddlers walking in on the proceedings with their thumbs in their mouths. In all likelihood major manufacturers of shaving creams and razors will also produce lines of after shaves which will be thinly veiled lubricants. In fact the three s's are likely to become four, with the final s being sex. What else are you supposed to do after you've shaved your groin area?