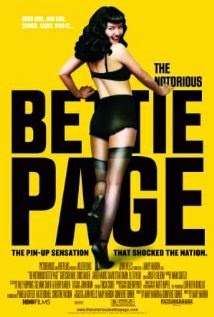 Young men growing up in the '60s read The New York Times Magazine for the lingerie ads. It was their initiation into the secret world of the other, the female, whose divine mysteries might already have been revealed to them in Irving Klaw's photography which was the subject of the 2005 film, The Notorious Bettie Page. By the early'70s in order to compete with Penthouse, Playboy, in a stage of history Hugh Hefner termed the "pubic wars," would show the full monty. What is the equivalent experience for the pubescent male today? He attends a metaphoric striptease show in which there is neither strip nor tease. By the age of 5 most young men and women will have had their first experience of hardcore porn. They will have seen penetrated orifices before they even know what they portend. What would have been science fiction to a '50s and '60s adolescent is almost jaded now -- much the way that the everyday application of the principles of quantum physics (say in quantum computing) is taken for granted today. It's a little like going to one of those extravagant buffets at a Bar Mitzvah or wedding parlor in which you can't remember any of the food with all the varying stations devoted to sushi, barbecue, delicatessen, French and Italian cuisines and firstly not knowing what to eat and then after not remembering it. Further, there's no such thing as lingerie, in the classic sense of the word. Many women practice a kind of minimalism that leaves nothing to the imagination. In the '50s and '60s the young man who stealthily extracted the New York Times Magazine from the thick Sunday paper which lay outside the door, surreptitiously beelining for the bathroom, was content with very little, maybe just a bra, panties or stray garter. But the visual memory was as indelible as the olfactory recollection of Proust's madeleine. Less was definitely more. The female body was full of pregnant signs and signifiers which have all but disappeared today, with nudity itself losing its potency, as a sanctuary for the transgressive sensibility.