Weaving around cumbersome 18-wheelers in the few block stretch between I-95 and the Port of Miami was tops on your Miami pet peeve list, right?

Probably not. Still officials are spending $1 billion and counting to drill an underground truck tunnel that connects MacArthur Causeway to the Port of Miami.

The tunnel is a public-private partnership between Miami Access Tunnel, FDOT, Miami-Dade County and the City of Miami.

The four-year project reached its halfway point Tuesday when the tunnel boring machine, nicknamed Harriet by Miami-Dade County Girl Scouts, broke through concrete to greet the sunlight and a ticker-tape celebration. Watch the above video.

Harriet's big debut means that one of the two truck tunnels is complete. She will now be dismantled and reassembled so she can head back in to bore out the other tunnel.

Once the project is complete, 1.5 million trucks are expected to travel via the tunnels annually.

“Without having improved access in and out, this port really could not grow,” Port of Miami Director Bill Johnson told CBS Miami.

Meanwhile Miami-Dade Mayor Carlos Gimenez told the Miami Herald that semi-trucks clogging up downtown streets tarnishes the area for possible development. “It's also a lot of wear and tear on the streets,” he said. “It's also, as a pedestrian, pretty scary to walk around down there."

But local environmental activists are concerned that the tunnel project will adversely affect nearby coral and the Biscayne Aquifer.

What's more, shippers say it's not getting to the port that's the problem; it's the slow process trying to enter its docks.

"We all know the Port of Miami is the most inefficient on the East Coast," Alejandro Arrieta, who owns Delta Line International, told the Miami New Times. "That's not going to change with the tunnel."

Click below for images of the Port of Miami tunnel project: 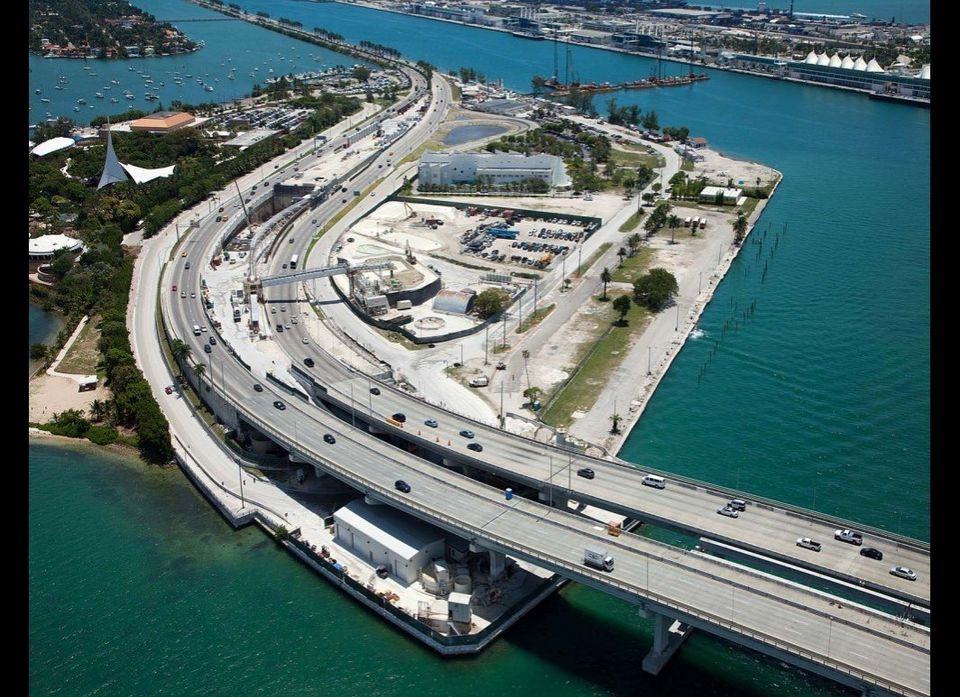