Homeless people are at risk of dying on the streets this winter since many frigid cities don’t have emergency action plans in place.

But if an innovative portable shelter hits the market, many of those deaths could easily be prevented.

Earlier this month, students at Carnegie Mellon’s Integrated Innovation Institute partook in an “Impact-a-Thon,” a competition that tasked groups with devising innovative and affordable solutions to help homeless people survive the winter.

In a matter of days, the second-place team engineered an over-the-shoulder refuge that could serve as an alternative to a standard homeless shelter.

Using space technology, the “Satellite Shelter” is an insulated sleeping bag that expands into a tent, according to a statement released by the university. It has wheels and straps, making it convenient to cart from place-to-place. 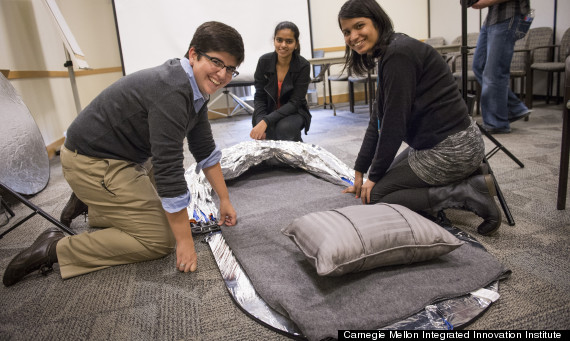 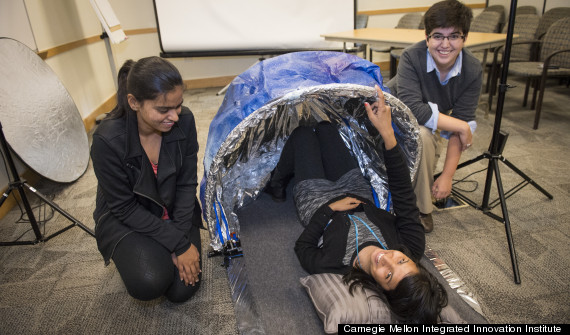 “We wanted to make sure it was super portable and durable, so that it’s easy to carry,” one of the team members said in a video introducing the concept.

As temperatures continue to plummet, such solutions are more crucial now than at any other time during the year.

Even though hypothermia can set in between 32 to 50 degrees Fahrenheit, many designated winter shelters in major cities don’t open until it gets much colder, according to a National Coalition for the Homeless survey.

“Lives are saved when communities open additional shelters during spells of cold weather,” Michael Stoops, director of community organizing at the NCH, told ThinkProgress last year. "Keeping shelters open all winter long, and not just when the temperature drops below a certain threshold, would be the best way to help the homeless community get through the cold weather season."