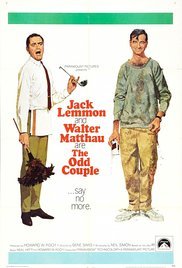 For years, they were not a fixture of the Hampton's social scene or anywhere. You could see them, pretending to study the menus in the window of tony restaurants as they ogled the crowds. Some people get into trouble when they have too much fun, parenting kids out of wedlock and becoming addicted to the pleasures they once merely enjoyed. Yet this couple found themselves getting into fender benders as their eyes riveted on the luxury cars parked outside of all the social gatherings they were never invited to and from whose windows emanated music and laugher that disemboweled these unwary travelers on the shoals of unfulfilled desire. There had always been a hope that they would one day be rewarded for the profession they'd made out of their very apartness from human society. However, as the years passed and it became apparent they would never receive recognition for their talented anomie, they began to undertake the things that people do who have nowhere else to go such as wait on the 12 items and under line in supermarkets, enroll in discount clubs and seek even greater discounts on bulk merchandise, like toilet paper, than the ones they already enjoyed. Finally one summer's day when the rest of the community in which the had anonymously been vacationing (if that's the appropriate word for their extended isolation) had proceeded to their cocktail parties after spending the afternoon lying languidly on the beach, the feckless couple simply decided to give up and head back to the Metropolis. All the restaurants would be emptied of the fine people whose happy lives had always been a rebuke to them and they'd get home in record time since they'd be going against the traffic.