At 66° 33' 39" -- north of the equator -- there lies an imaginary line, beyond which it is almost impossible to live. Cristian Barnett has been traversing the boundaries of this line of latitude in and around the Arctic Circle for almost ten years, venturing through all of the countries it crosses: the United States, Canada, Greenland, Iceland, Norway, Sweden, Finland and Russia.

In his portrait collection “Life on the Line,” the English photographer seeks out human life in the most extreme climates. His focus is not untouched landscapes of icy vastness, but the inhabitants of the Far North, where the sun never sets in summer and never rises in winter. With the aid of his trusty Hasselblad camera, he captured an incredible human variety, all within 35 miles of the Arctic Circle. The Gwichin, Saami, Khanti, Nenet, Evenk, Yakuts and Inuits helped him to discover that the cold and darkness can be a part of everyday life.

“The cold is not only accepted, but often welcomed," Barnett explains. "The long hours of darkness signify a daily change in life, a change that is not necessarily worse than the hottest months." According to the photographer, the true threat to the four million inhabitants of the Arctic Circle comes from man-made pollution and the effects of climate change. Barnett found warmth, hospitality, joy and serenity among the people of the frigid north, whose daily life is surprisingly familiar, filled with books, music, Facebook, DVDs, both fun and work.

“The Arctic Circle is much more than hunters and polar bears," Barnett adds. "There are many modern villages, so you’re more likely to come across a hair stylist than a reindeer herder." The photographer managed to capture his unique experiences throughout 11 voyages. He found out he was the sixth foreign visitor in 10 years to Zhigansk, Siberia; in Jokkmokk, Sweden, he experienced a summer of 70-degree weather followed by a winter of -18 degree weather. But he never suffered on his travels, because, as he explains it, “the reality is, most places are not extreme environments; they’re just places to live.”

The book “Life on the Line” was published in 2014 by Polarworld. 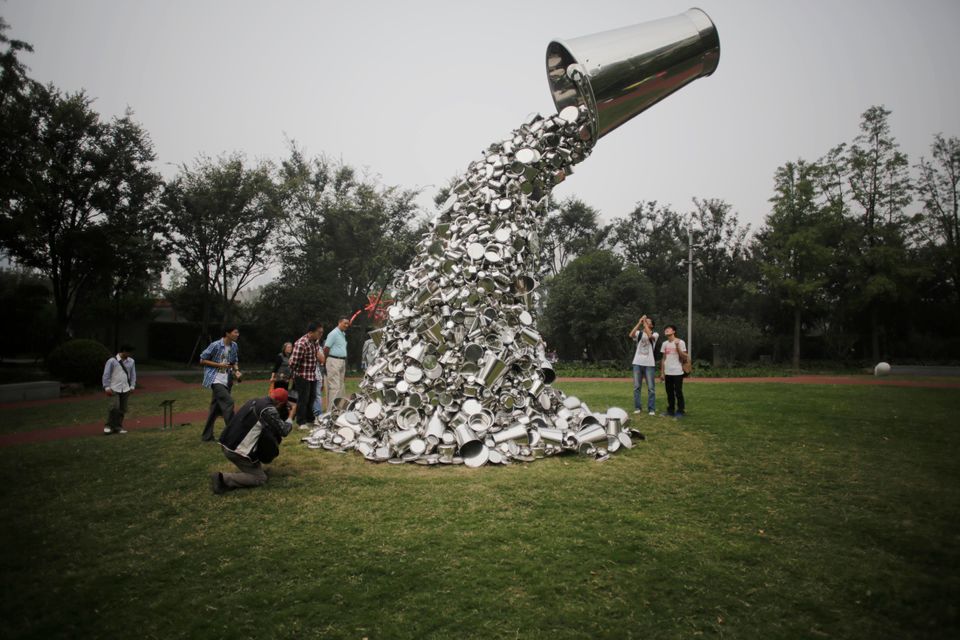