It has been nearly a year since the Boston Marathon bombing. So to reflect on the events of April 15, 2013, Boston Marathon survivors returned to the finish line with uplifting messages painted on their skin.

Fogarty, who founded Dear World in New Orleans in 2009, came up with the idea to photograph Boston Marathon survivors last summer after he had a chance meeting with runner Dave Fortier. At the time, Fogarty noticed that Fortier had written "healing" across the side of his head. Admiring the statement, Fogarty decided to reach out to other survivors to see if they would be willing to share their own messages on their skin at the finish line.

While quite a few people declined Fogarty's offer, a handful of runners and bystanders decided to participate. For each portrait, which Fogarty shot in late February and early March, he asked his subject to choose something they'd like to say to the world.

Celeste Corcoran of Lowell, Mass., chose to write "Still Standing" on her legs. Fogarty photographed her sitting at the finish line with her two prosthetics placed next to her. 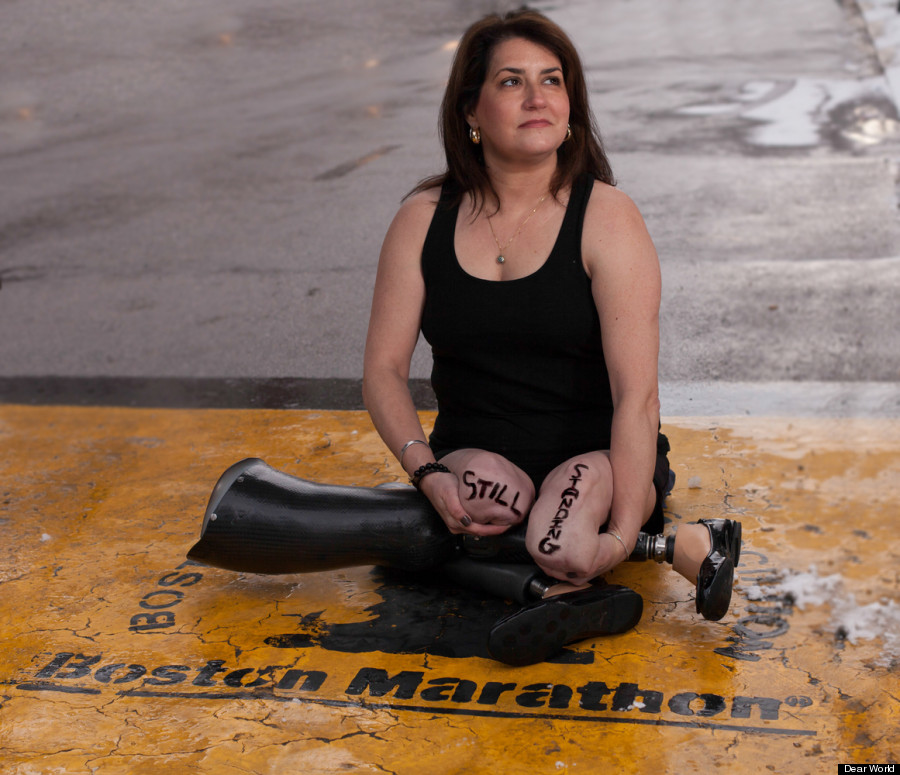 "This is the first time that I was back at the finish line," Corcoran said in a statement released by Dear World. "I had never been back and for me this was about reclaiming it. That finish line has been a negative space since the marathon. I chose to be there. I took back control."

"It was important to have someone like Celeste and her daughter return to the finish line," Fogarty told The Huffington Post, "and really project this message of strength and healing."

"We all mark time by things that happen in our lives. This is an important place and moment in her life," he said.

Here are Fogarty's portraits of Boston Marathon survivors. Head over to Dear World to see all of the photos from the shoot and read each survivor's story.