Here in the U.S., we have heard the phrase "War on Drugs" for more than 40 years. It started in 1971, with Richard Nixon labeling drugs as "public enemy No. 1," and the offensive hasn't really stopped since.

There are a multitude of opinions on whether the war has actually worked or not. In a HuffPost Live interview Monday, British author Johann Hari, who explores the battle in his book Chasing the Scream: The First and Last Days of the War on Drugs, pointed to one country the U.S. could take a cue from: Portugal.

"Portugal has got a huge amount to teach us," Hari told host Caroline Modarressy-Tehrani. "In the year 2000, Portugal had one of the worst problems in Europe with drugs. One percent of the population was addicted to heroin, which is kind of mind-blowing. The prime minister and the leader of the opposition got together and did something really bold: They said, 'Look, we've been trying the American way. Every year, we crack down, we put more people in prison, and every year the problem gets worse. Let's do this differently.'"

Portugal decided to decriminalize all drugs in 2000. In the nearly 15 years since, the country has seen drug abuse drop by half. Government officials are thrilled with the results. The logic: instead of creating harsher conditions for drug users, why not give them a way out?

The political leaders of the country decided to leave it up to a panel of scientists on what to do, and they agreed to their findings in advance.

"It took it out of politics," Hari said. "The panel goes away, comes back and says, 'Decriminalize everything, from cannabis to crack. But -- and this is the crucial next step -- let's spend all the money we currently spend on arresting drug users, trying drug users, imprisoning drug users, and just put all that money to reconnect drug addicts with society. To give them a purpose in life.'"

What The U.S. Can Learn From Portugal About Decriminalizing Drugs
27 Reasons Why U.S. Shouldn&#039;t Lead War On Drugs 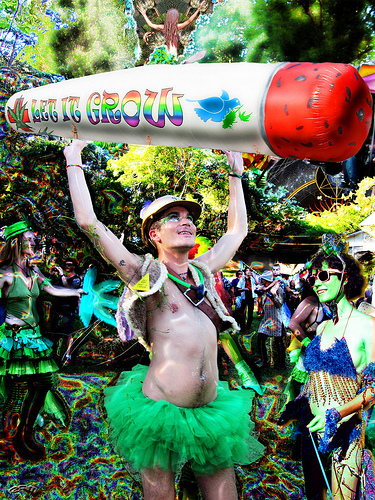