When it comes to experiencing positive emotions, Latin America may have the rest of the world beat.

Experiencing positive emotions was defined as smiling or laughing, experiencing enjoyment, being treated with respect, feeling well-rested, and learning or doing something interesting in the previous day. Survey data from about 1,000 residents in each of 138 countries was used for the report. 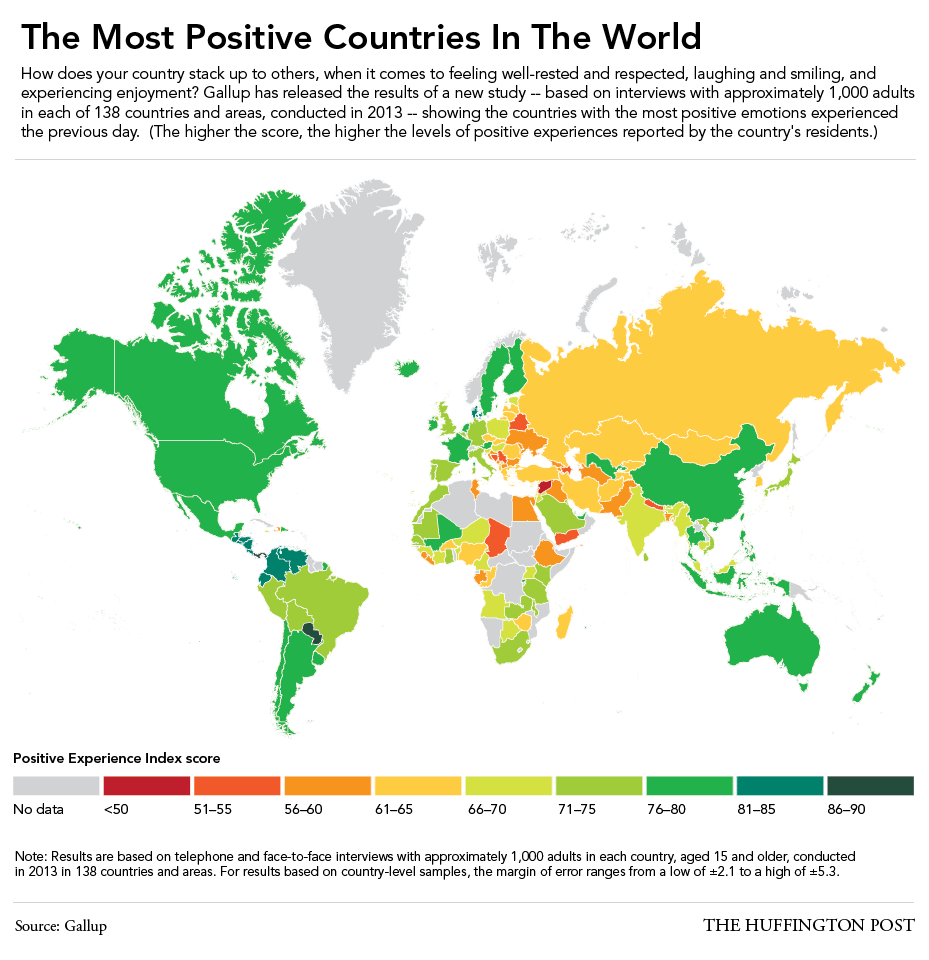 Overall, the majority of people reported feeling positive emotions, Gallup researchers found. At least seven out of 10 adults surveyed overall reported laughing or smiling a lot, feeling well-rested, being treated with respect or experiencing enjoyment in the previous day, while a bit more than half reported learning or doing something interesting the previous day.