July 12th, 2012 was a day I'll never forget. That was the day everything changed. That was the day when I had to decide that no matter how unfair I thought life was, I was stuck with this one and I had better make the most of it because it was the only one I was going to get.

Fast forward to July 12th, 2015. Exactly three years to the day later. I had just come from my morning Kickboxing class and was relishing in my first written press. I was the "Artist in Profile" in the latest issue of a prominent Nashville magazine. It is a beautiful piece penned by the amazingly talented Tommy Womack and in it he described my life over the past three years. (East Nashville photographer finds herself on a new stage)

He wrote about my success as a photographer and filmmaker, this very blog on The Huffington Post, my 170-pound weight loss and my new exciting future as I begin to step out on the stage and try my hand at public speaking. It was a far cry from that morning 36 months prior when I weighed in at 350 pounds, was flat broke, had no real social life to speak of, my career was tanking and I was in a spiral of depression and self-loathing.

As I was exploring commentary on the article via social media, this blog popped up in my feed. "Positive Attitude" Bullshit: On the dangers of "radical self-love," by Chloe Ann King. She says of the self-love/positive thinking ideology,

"If you just change your attitude and think more positively over time, your life will get easier. Over time, you will land a job that affords you a contract guaranteeing you some security and a pay-check which does not leave you in poverty. You simply have to manifest what you want. Drink a couple of litres of soda pop, add diamantes to your manicure, wear a fake moustache all day long (as Gala Darling really has suggested as a remedy for the blues), put on a nice pink dress and smile a bit more then BOOM! That suicidal depression over the stresses of life such as being unable to buy food because you are on minimum wage, working depressing precarious jobs, and/or the debilitating anxiety over whether your welfare will be cut this week will suddenly melt away."

She talks about a time in her life when she was unemployed and would watch Oprah on TV and subscribed to her magazine. "I even read O Magazine for a while until I realized I was not an idiot and my situation was not my fault." I related to that. I remember all too well spending afternoons stuffing my face (and emotions) with pints of ice cream and frozen pizzas watching Oprah go on about positive thinking and wondering why my phone wasn't ringing with job offers. I was sitting there thinking positively, I tried to follow her advice. I organized my house and even kept a gratitude journal. And every day I would sit down and tune in. How much more positive could I get?

It's so much easier to play the victim and shout about how unfair everything is and how stupid it is to explore self-love and positive thinking when there are starving children in the world, you have disabled friends who can't find their dream job, and your own social case worker made you cry because you were told to change your attitude and take any job, even cleaning toilets. She says that exchange made her feel harassed and humiliated, so she went on the record globally to say that "positive thinking will fucking ruin your life."

I'm not going to sit here and tell anyone that they should take a job cleaning toilets if they don't want to, but I will say that had she had enough of a positive attitude to push through the humiliation, who knows where that job might have led.

I once took a gig shooting some band photos for no money. And at the time, I was broke and I didn't have a day job either. I had no idea where my next meal was coming from and rent was out of the question. But I put my last $2 worth of gas in my car that morning and went. I had no business actually doing it. I was that broke, I really needed that $2. But I was also really determined to make a better life for myself.

As it turned out, I met Dolly Parton's cousin and niece on that shoot and wound up spending a year with the Parton family, getting paid very well, to make a documentary film about them. That project launched my entire film and video career and established some of the dearest friendships I have. I shudder to think about the consequences had I not recognized that opportunity and said "no" because I was broke and frustrated.

I've now worked with more superstars and celebrities than I can count and the one thing every single one of them had in common was that they worked their asses off for it. Not one successful person I know ever just had someone show up and knock on the door one day and hand it to them while they were watching Oprah or bitching about world injustice from the sofa or on the internet.

And I also understand there are people in the world who have extenuating circumstances. There are people with disabilities that can limit them. There are people who live in parts of the world or country where their gender and skin color can hold them back from achieving their goals. But even in those cases, I have seen people use the power of positive thinking to do amazing things.

I was lucky enough in my life to meet a beautiful woman named Sophia. She was a quadriplegic but also a brilliant potter. Yeah, read that again, a quadriplegic potter... And in the years that I knew her, I never once heard her talk about how unfair life was. And she never let her failing body, physical pain or that wheelchair define her or her life circumstances. 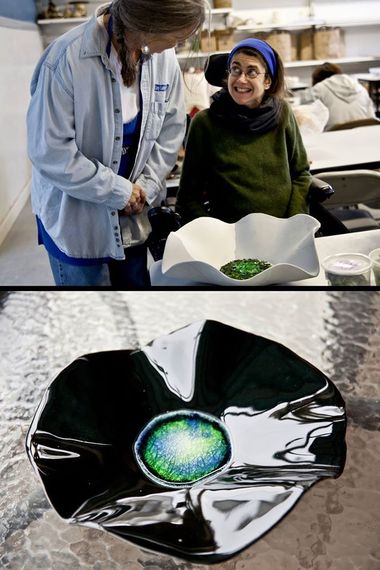 Knowing Sophia makes it hard for me to hear Chloe's friend who has a connective tissue disorder say, "When it comes down to it, it doesn't matter how positive I think, my joints are still going to dislocate and I'm still going to be in constant pain." It's not that I don't empathize. I do, but at some point, no matter what your plight, you have to accept the life you've been dealt and figure out how to do something remarkable with it. It's the only one you have. You only get this one shot!

Opportunities present themselves to us every day but you have to be able to see them. As long as you think the whole game is rigged against you, you can't, you just won't have the mindset to recognize it. And you certainly won't have the capacity to put yourself through that kind of work if you are convinced that the world is just unfair, you are never going to catch a break, nothing is your fault, and nothing is ever going to change.

Three years. It took me three years to completely change every single aspect of my life. Chloe is right, positive thinking will not change your life, but there is no way you can or will ever be able to change your life without it.

I keep this quote on my bathroom mirror to remind myself every day. 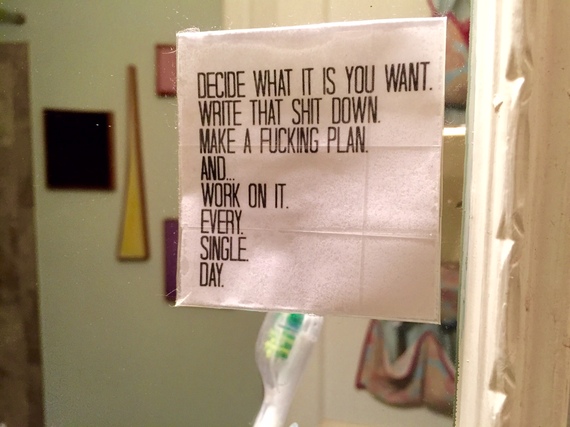 Notation: I reached out to Chloe King for comment but received no response.

More:
oprah winfreyGPS For The Soulpositive attitudeNashvillepositive thinking
Newsletter Sign Up
An essential daily guide to achieving the good life
Subscribe to our lifestyle email.
Successfully Subscribed!
Realness delivered to your inbox