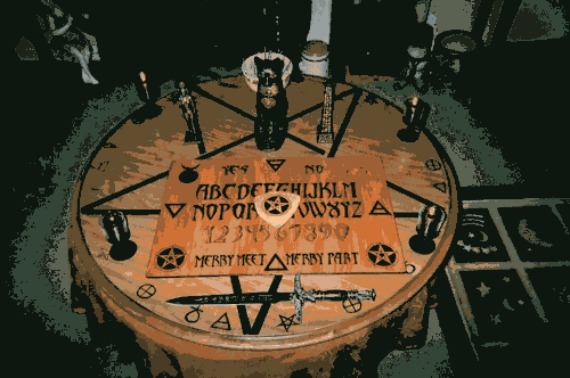 Alexandra Huerta, a 22-year-old American orphan living in south-west Mexico, was hosting a session on the Ouija Board with her brother Sergio, 23, and 18-year-old cousin Fernando Cuevas in the Tepotzlan village, San Juan Tlacotenco. 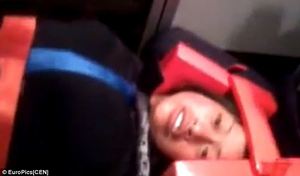 All was fine until Alexandra suddenly went berserk, thrashing and growling like a wild beast. Sergio and Fernando soon followed up, as they began exhibiting deafness, blindness and hallucinations.

Obviously, the paramedics were called in, who drove them to a nearby hospital. The patients were restrained and loaded with high doses of anti-stress meds, painkillers and eye drops for the blindness. The medication showed positive signs, and the symptoms started to wear off.

"They had involuntary movements and it was difficult to transfer them to the nearest hospital because they were so erratic. It appeared as if they were in a trance-like state, apparently after playing with the Ouija board. They spoke of feeling numbness, double vision, blindness, deafness, hallucinations, muscle spasm and difficulty swallowing."

The doctors made no comment on the patients' condition, never breathing a word about whether or not they were 'really' possessed.

After some more gravedigging, the Daily Mail came up with the actual version of events. The trio was actually performing the seance with their guardians' consent, who gave in to Alexandra's yearn to communicate with her deceased parents, explaining to the trio what a seance is, and how it is done.

Allegedly, the three used an enhancement drug called Brugsmansia or the Angel's Trumpet prior to commencing their session. The drug, according to local Mexicans, is a common medicine that shamans use. Brugsmansia is a poisonous drug which causes dark hallucinations, confusion, muscle paralysis and can even lead to death in large doses.

The guardians, however, continue to maintain their superstitious hullabaloo:

"There is a lot of shamanism in the hills where we live and I was terrified when I saw what the Ouija had done to them. She was possessed by a spirit who wanted to harm her"

What are your thoughts?