The party prelude hooks you. There's a Door Girl (Danielle Kaufman), a vampy pre-Henry Higgins Eliza Doolittle. A long, dark passageway - wait, is this Halloween? Rooms (so many possibilities but, alas, locked) off to the side. You emerge from this dim lit vaguely Christmassy birth canal and - gasp! - light. Crowd noise, music, a bar -- red and green potent potables for one, please. A vampire, burlesque girls, a ghost, a clown and other dignitaries of darkness and noir hold court. A Host (Beth Pennington) calls the assembly to order and, like steel filings that hurl themselves at a redheaded magnet, it begins.

"Post Mortem Presents: A Very Victorian Christmas" is a staggering (in more ways than one) achievement. It gifts you the perfect antidote for the Whitman Sampler of bah, humbug Noel platitudes.

Conceived, directed and choreographed by Andrea Luna and Angela Lopez, it's a riot of song, a rhapsody of dance and movement. In short, it's a scream. It recovers and re-enacts the delightfully sinister Victorian winter solstice tradition. The shortest day of the year, an abundance of darkness, and that membrane that separates the undead and us dissolves.

What better occasion, then, for a couple of horror stories. 'Tis the season, after all. 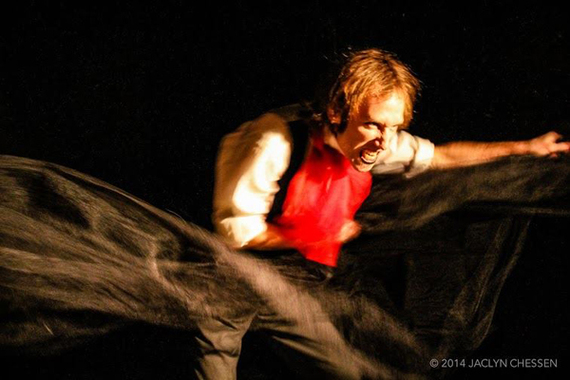 Both stories concern ghosts. Each occasion dance numbers that build drama, enhance rhythm. One is frightful and ends happy ever, ever, after. The other is funny and ends tragic. Both run the gamut of the difference between one's joyous expectations of the holidays and their grim reality. They are spooky, articulated nicely in that patent pending Post Mortem style of rave war paint, skulking movement, woeful facial expressions and gestures that, were one inclined towards physics, could be described as Heisenberg uncertain.

One concerns the woeful tale of Grimwald (Kyle Johnston) the sad clown. The other concerns a scaredy cat Santa Claus (Jeffrey Kieviet). Both are enchanting to watch, better yet, to share, as the stage is a few feet from the audience. The drama is as psychological as it is physical though it's the physical bits, of course, we notice first. The humor, on the other hand, is Keystone Cops physical. 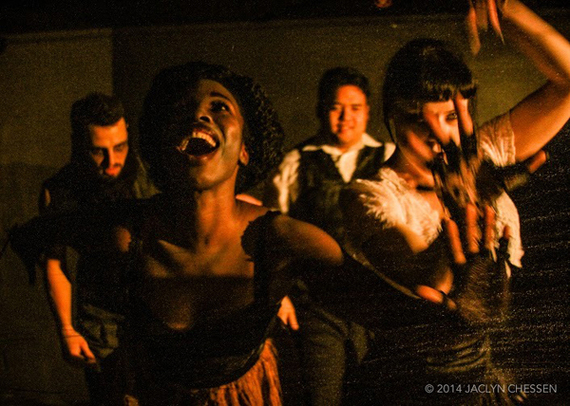 No spoiler alert is necessary because this production was a one timer. Grimwald, a compelling combination of Heath Ledger's Joker and Charlie Chaplin's Little Tramp, becomes a successful entertainer. He becomes so successful that he hires a Jester (Alexis Udo-Udoma). The Jester - boo! Hiss! - steals the act. Talk about tit for tat sectarian violence. Grimwald kills the Jester, the Jester, undead but lethal, kills Grimwald's Lover (Andrea Luna). Because it's Christmas, though, Grimwald's undead lover returns and they live happy ever (ever as in vampire ever).

And then there's Santa. Probably because he reads The Daily Mail, his annual rounds scare the bejeezus out of him. Each time he stumbles, literally and figuratively, into each house, he expects something to befall him. Not even remotely jolly, he traipses in, defenses up, and then, no threat. The anthropomorphic Christmas Tree takes it all in gleeful stride. Santa relaxes, suspects nothing's going to happen. Then he becomes the victim of a Murphy's Law. Santa, R.I.P. 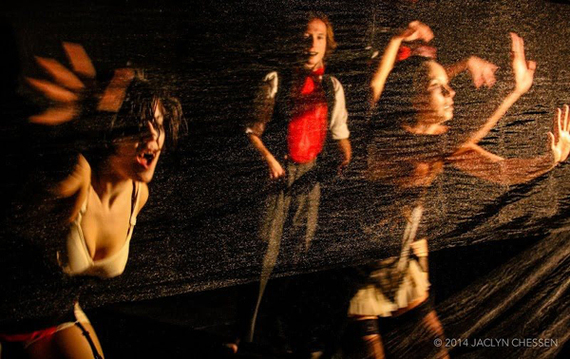 Speaking of Eliza Doolittle, you do get accustomed to the face of Post Mortem. They're energetic and innovative. In every sense of the word, they're original. A vampire (Ashley Allen), burlesque girls (Sayaka Miyatani and Jessica Rae), and a ghost (Luna). Song (Ellen Warkentine and Andrew Pedroza), movement, and dance. Stories that tangentially evoke Christmas and massively describe the human condition. "A Very Victorian Christmas" offers one big festive wassail. A grog or two in, you might even say it's good for wassails you. 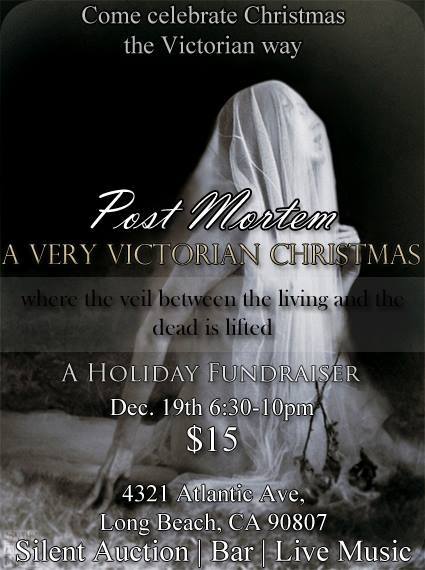